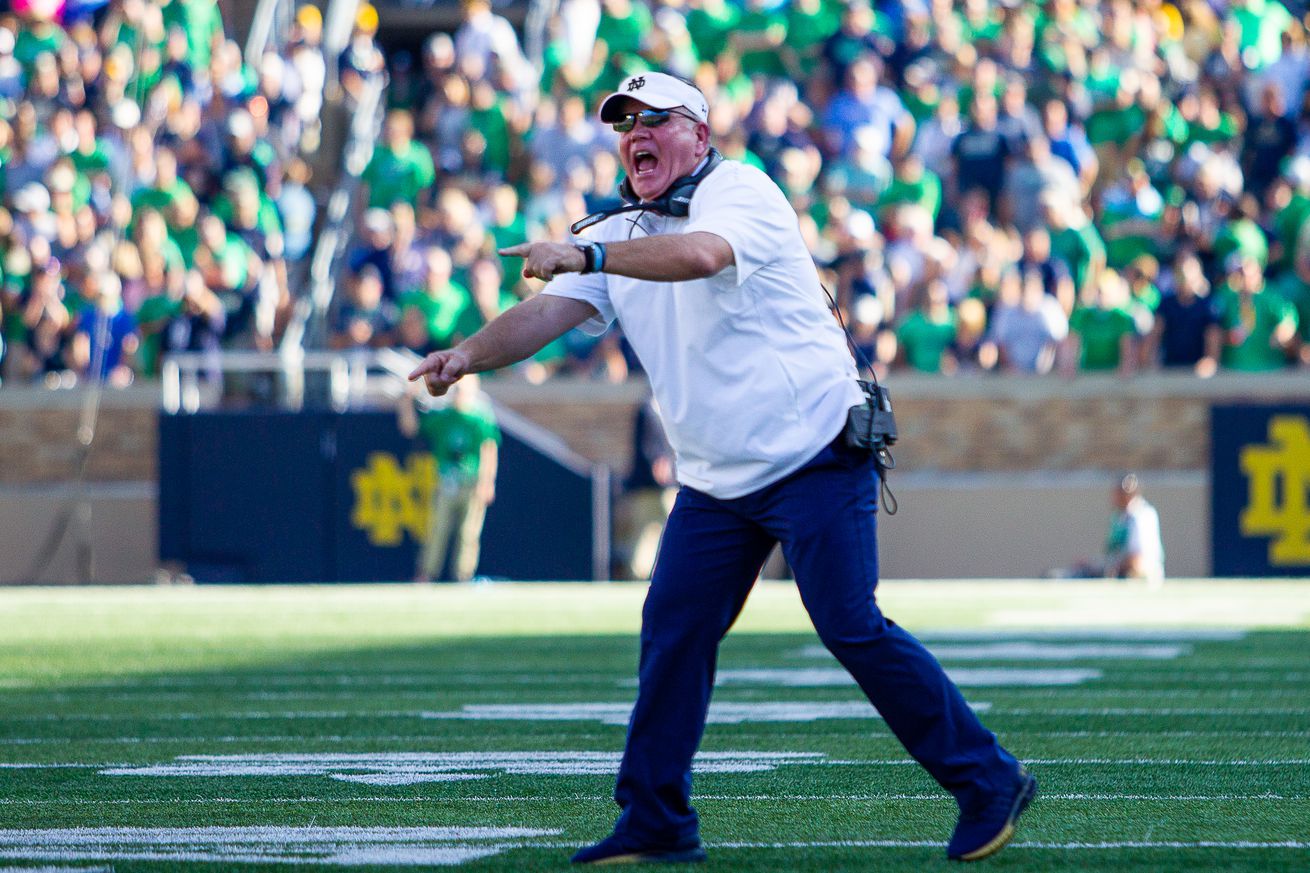 Getting one to get to the other

Brian Kelly met with the media via Zoom to talk about the start of the Notre Dame Fighting Irish football season as they prepare to host the Duke Blue Devils. The season-opener is also the CONFERENCE opener for Notre Dame in their inaugural year with the ACC (and only year scheduled).

With that ACC inclusion comes the ACC questions about competing for the conference championship, and if that’s a goal now for Notre Dame. Brian Kelly said winning the ACC gives you a chance to win the national championship, so it’s a goal this year.

“It’s never been a goal, so it’s an established goal now to is to win a championship and the ACC Championship. Our mission is to win a national championship and graduate all of our players. We are able to talk in terms of a mission being to win a championship and now either an ACC Championship, and if you win that obviously you keep your mission alive for a national championship. So, you’ve got both of them now in your eyes and in your vision for what you want to accomplish during the season. I don’t know that it changes a whole lot in terms of our standard, in terms of what we want to accomplish. It’s one week at a time and living up to our standards means total preparation and our traits, and I think they’re kind of all wrapped in one. I think the really interesting part of this is that it brings a bigger focus in on certainly the week to week, because you’re dealing with the 10 ACC games, where we didn’t have that kind of focus in years past.”

Kelly mentioned the “standard” and he’s absolutely right. If your standard is to compete for a national championship, an added goal of a conference championship doesn’t change the standards in place for your team.

Certainly though, I think we can place a higher value on a win over Duke now — knowing that a win checks off one more box to get to the goal to get to the next goal. Maybe that’s overthinking it a bit, but 2020 is certainly a little more interesting with the ACC inclusion for one year.

You can watch the entire presser in the player below.