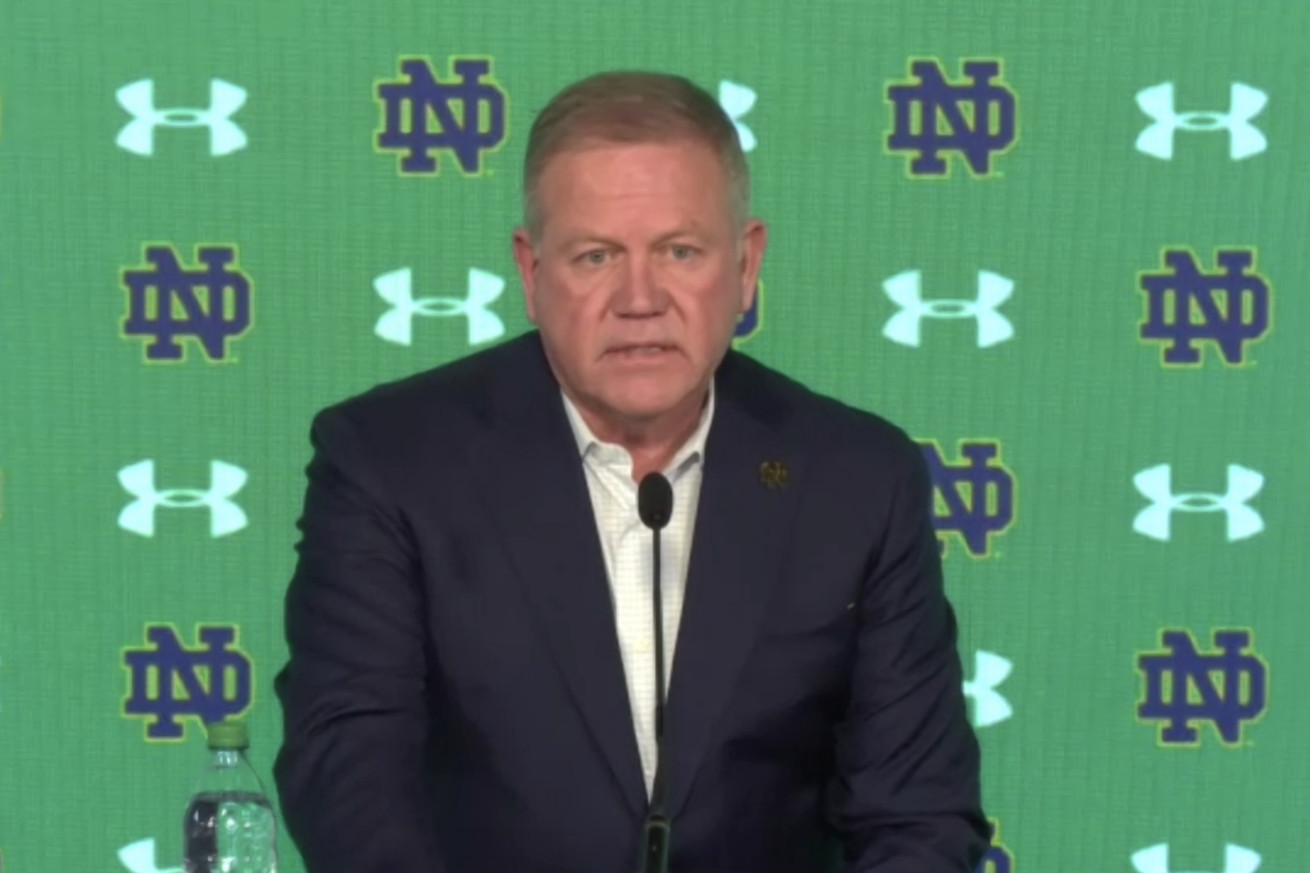 The big picture isn’t as important as the bigger picture

On Monday, the Notre Dame Fighting Irish beat along with national media members gathered around their computers for the weekly Zoom press conference with Brian Kelly — and this time it was about the Clemson Tigers. I got there earlier than I normally do so I could tap that “raise hand”button right away. It’s not that I have one particular story to wright, but I was searching for a particular tone and narrative for the site this week. Obviously — because it’s a huge game.

I sat there for over 35 minutes with a question in hand, and was never called on by Brian Kelly’s handlers. By the time we reached CBS’s Dennis Dodd for the final question — he wasn’t even there and the press conference came to an end. My question was going to be about a year with no USC rivalry on the schedule, and if this game fills that void in some way (or something like that). In the end, my question couldn’t be any less important within the scope of the press conference itself.

So what happened? Well, what we had was a nice handful of reporters gunning after that “big picture” story that so many of them have been working on for weeks. What they did, was to come off as a half-cocked mob and pushed Kelly into playing a kind of deflective defense.

Unless it came to questions about Election Day, which ended up as bookends to the whole thing since the AP’s Ralph Russo showed up late and asked pretty much the same question as the first.

It was a ridiculous half hour.

I’ve been screaming from the rooftop for months about how insufferable the Clemson talk has become when talking about Notre Dame. Almost every move made by the Irish was viewed through the “Clemson lens” as if a college football program can only have one big game during the year — and it must be the only thing discussed. Never mind the endless list of reasons why the sport is so insanely awesome each week, or fully digesting a sport that gives us only 12 (or so) games in an entire year.

To focus on one thing is merely a move to dismiss everything else.

And that’s what happened during the lunch hour on Monday. This giant narrative was in the room (or virtual room) and Brian Kelly wasn’t budging. Afterwards, some in the media vented — in one way or another — their own frustrations about what happened. You see… they were tricked, bamboozled, and led astray.

Brian Kelly dropped the big ole’ carrot after the Pitt game about Clemson, and it helped validate the beat’s obsession with this one game. They thought they had it — they thought they had a partner in this one game referendum, and Brian Kelly did a full heel turn in one 30 minute session. He wasn’t there to help them on their journalistic journey, and to be honest, we have no idea if what he said even mirrors the reality in his program. He doesn’t have to show us that mirror. It’s like all of these people that covered Lou Holtz forgot how these things go sometimes.

The media wants to make it about this one game, and Brian Kelly wants to make it about winning an ACC Championship — which likely means winning the rest of the games on the schedule and then beating Clemson in December. Why on earth would he want to help make Saturday so big that a loss would help distract and derail his team on that journey?

While reporters are scrambling to write the big picture story based on one game, Kelly has the bigger picture idea for the season to try and frame.