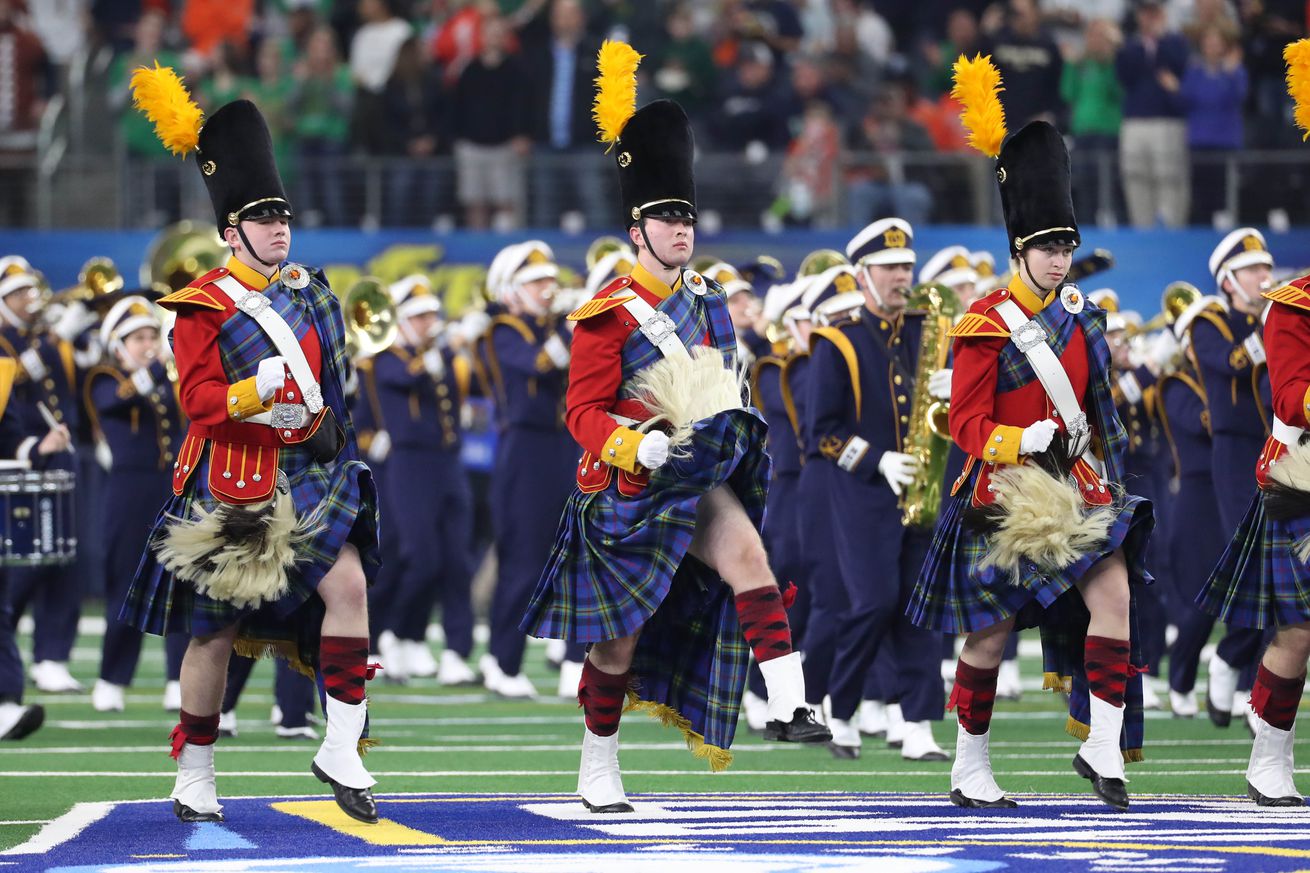 Notions of fans in the stands actually seem real now

The band is NOT on the field

BIG NEWS: @theACC has sidelined bands this fall. No bands can perform on the field. pic.twitter.com/kWDBa6Pikb

We know that this was probably coming due to some schools already saying they would not have any fans or at the very best have a fraction of their stadium full. This is a huge blow to the Notre Dame Gameday experience, and I’m not just saying that as a former member of the ND Band. The Band is truly a part of the traditions and history of Notre Dame Gamedays, so this one hurts especially as you see many conferences and teams making the same determinations as the ACC has.

The Band in the Stands

As an update to this report from last week, the Notre Dame Band staff clarified this policy a bit more. An email went out to the members of the band stating that they would still be allowed to play music in the stands during any Notre Dame home games that might occur in Notre Dame Stadium this fall. That is at least a good compromise if they are not going to be allowed on the field during pregame or halftime.

This is also great to hear because we might start to get more clarification soon on allowing fans in the stands. For people wanting to see fans in the stands, you might be in luck. The way that this news about the band came out made it seem like they are definitively going to be able to go to the games. This could mean that there are more fans in the stands than just the band. It might just be students and others with immediate ties to Notre Dame (any outside visitors might still be barred from going). Additionally, Pete Sampson got a question in his most recent mailbag for The Athletic about seating capacity inside Notre Dame Stadium for this fall. Sampson said in response to the question:

I can only speak to Notre Dame, but I anticipate fans in the stands at Notre Dame Stadium, and I expect it to be more than students, faculty and staff. Maybe barely more than that, but more. My hunch is Notre Dame will get to about 20 percent capacity, which would be about 16,000 fans. Notre Dame has already developed a technology to maximize the stadium’s available seating for groups of students and families, through which it can set parameters for empty rows, inches between seats and how to manage aisle seating. Look for a story on that next week. If you’re putting in that kind of work to figure out how to safely put fans in the stadium and can do it within state and CDC guidelines, I expect Notre Dame to do that.

These pieces of information over the last few days might show us the pulse of where we stand with fans in Notre Dame Stadium. So, fans in the stands might be something we see when the majority of us are watching ND home games on TV that are hopefully played. We’ll just have to continue to hear “Dynamite” coming from the stands.