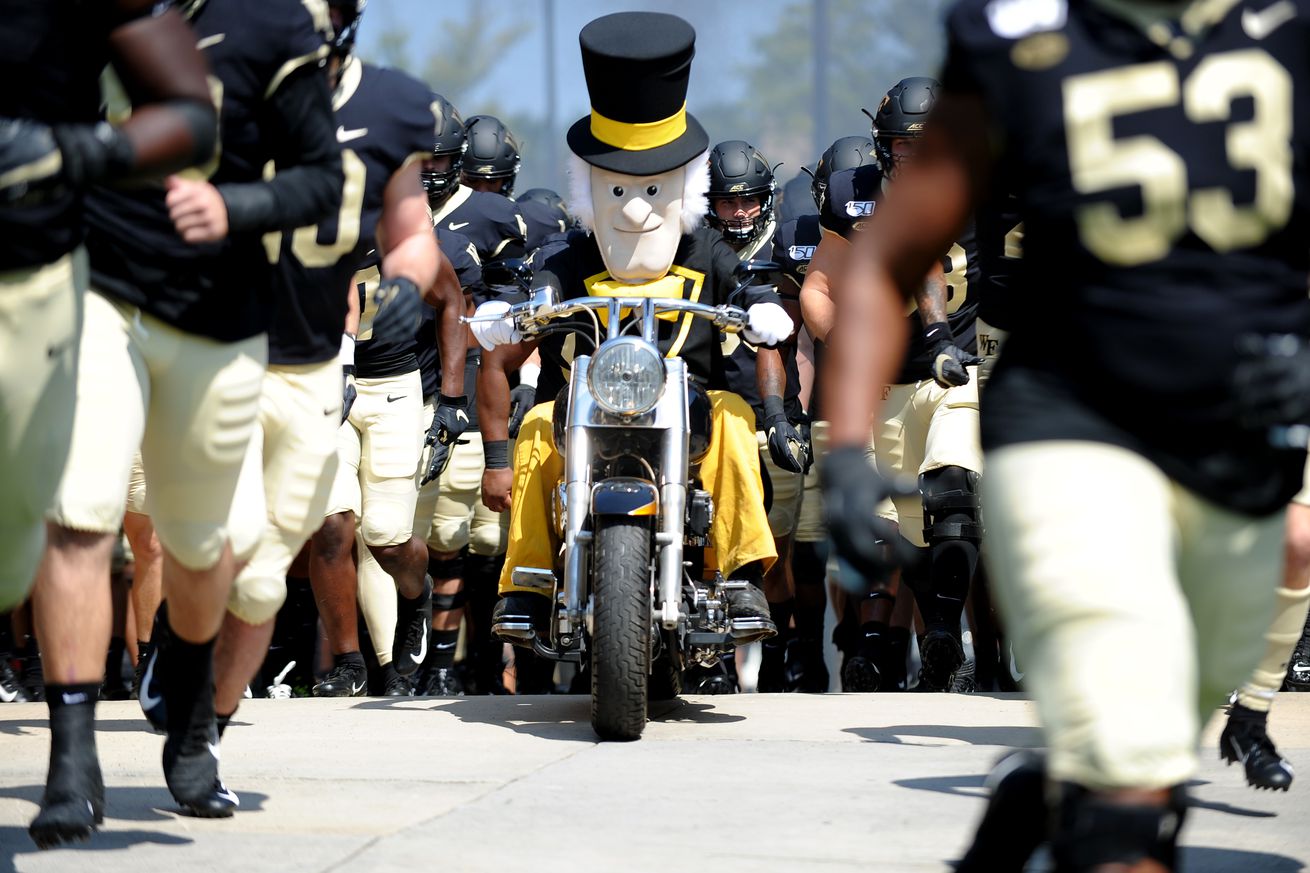 Back to where it all started

The Notre Dame Fighting Irish are 2-0 (1-0) and diving back into ACC play for the remainder of the season. Next up are the 0-2 (0-2) Wake Forest Demons and the first road trip of the season.

This will be the sixth meeting between the two schools, with the last five all played during the last 9 years. The Irish have won every game in the series — a series that has produced very little things of note. The one major exception is the game from 2018.

No one should need reminding that the 2018 game in Winston-Salem was the start of the Ian Book era in South Bend. It was “The Switch” with Brandon Wimbush, and Book shined as bright as the North Carolina sun that day going 25-34 for 325 yards and two TD’s along with 43 yards rushing and 3 TD’s on the ground. (BTW — Phil Jurkovec saw a little action that day too).

Perhaps a return to where it all really began will help Book bounce back from what many consider to be a slow start.

You can follow all of the action for the week in the story stream below.