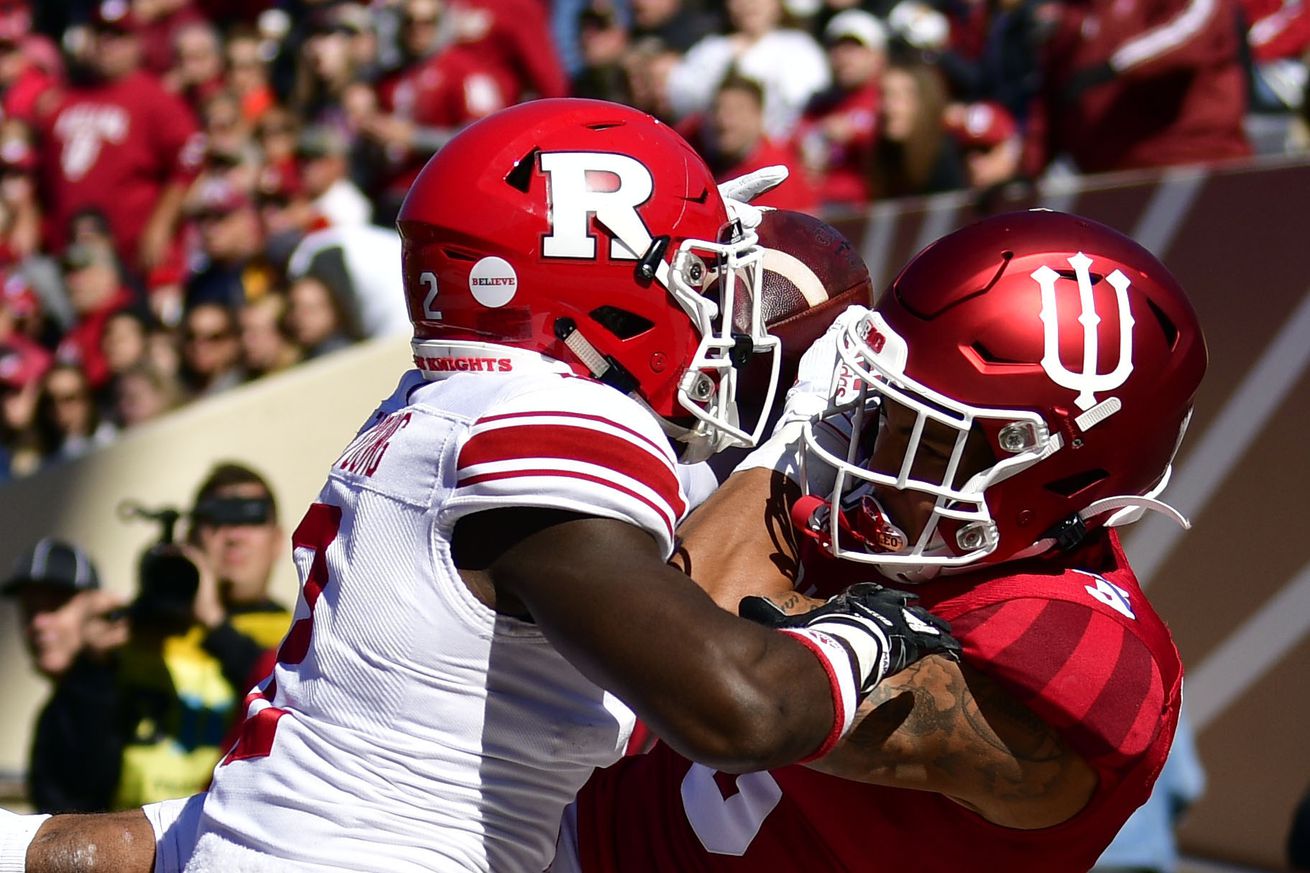 We really, really enjoy eating at Stuff Yer Face — there! We said it! We said something nice about our trips east!

(Editor’s note: With the season fast approaching, we want to take some time to familiarize ourselves with each of Indiana’s opponents this fall. Over the next week, that’s exactly what we’ll do. Contributors from every SB Nation Big Ten team site have offered overviews of their respective programs, and we’ll run through each school in the order in which they appear on IU’s schedule.)

Rutgers – On The Banks (Aaron Breitman)

List a few true freshmen or transfers that will make an instant impact (name, position, role) ​

There are far more questions about this Rutgers team at the moment than answers. Greg Schiano begins the first year of his second tenure in a difficult position due to not having held a full practice in 2020 and the season opener only a month away. He has added over 30 new players to the program, but a roster has not yet been released. Almost a dozen transfers from power five programs have been added, but there hasn’t been an official announcement on which are eligible to play this season.

As for actual expectations, the ceiling should be low. While it’s vital for Rutgers to end the losing streak in Big Ten play, currently at 21 games, the building of a sustainable culture and emphasis on player development is more important in the long run. The key signs of progress to measure are whether this team is more competitive than last season and did they improve from game 1 to game 9. The same for individual players as well. Without a strong culture solidified and clear steps forward in player development, long term progress will not occur.

The deepest and most talented position groups are at running back and linebacker. At running back, Isaih Pacheco averaged 4.3 yards per carry for 729 yards and 7 touchdowns last season. He had little help otherwise on offense and the linemen blocking for him struggled. Pacheco is tough back who can break tackles and had the longest run of the season (80 yard TD) two years ago against an elite Michigan defense. He has a chance to be one of the best backs in the Big Ten this season. Second year backs Aaron Young and Kay’Ron Adams showed glimpses last season which could lead to bigger moments for both in 2020. The top seven linebackers from last season return, including leading tackler Tyshon Fogg, second leading tackler Olakunle Fatukasi, and Rashawn Battle, who led the team with 3 sacks. Former Michigan transfer Drew Singleton has a chance to make a bigger impact this season. This group is deep enough that returning three-year starter Tyreek Maddox-Williams will be challenged to maintain his status at the top of the depth chart this season. I also think this team will be vastly improved in regard to game preparation and strategy perspective on a week-to-week basis per opponent due to a more competent and experienced coaching staff under Schiano.

Is there a character limit on this question? Regarding position groups, offensive line, tight end,defensive line and the secondary are major concerns. While each unit has players with potential, depth and overall production have been major issues coming into this season. A key problem during the Chris Ash era was the offense being unable to produce big plays and sustain drives. This led to a decent defense wearing down in the second half of games and ultimately the scores getting out of hand. The talent level has been upgraded somewhat by Schiano and his new coaching staff, but depth is a major concern at every position group.

How does your fanbase feel about your coach and his staff? ​

The fan base showed more passion and was more vocal than perhaps ever before in a united effort to bring back Greg Schiano as head coach for a second run. No one has had more success on the recruiting trail or on the field at Rutgers in the modern era than Schiano and second best isn’t even close. While his jobs in between led to mixed success at best, he appears well positioned to inject new life into the program. His recruiting ability and relationships locally have led to a solid 2021 class so far. He has the credibility of being successful at Rutgers previously that has inspired real hope that he can turn the program around a second time. Schiano has hired a very credible coaching staff that is arguably the best in program history. Hiring Sean Gleeson as offensive coordinator gives Rutgers a chance to establish stability for the first timein over a decade, as well as run a spread system that is trendy and successful in the college game at the moment. He wisely retained Nunzio Campanile on staff, who was the only holdover from the previous regime, led the team in an interim capacity after Ash was fired last season and is a major name in New Jersey high school and recruiting circles. There is also a lot of coaches on staff whohave worked for Schiano before, including defensive coordinator Robb Smith, defensive line coach Jim Panagos, and linebacker coach Bob Fraser. Secondary coach Fran Brown is one of the bestrecruiters in the country and a respected teacher as well. The biggest reason for hope for Rutgers fans regarding football is definitely the coaching staff, but it will take time.

Who is your team’s MVP this season and why? ​

Isaih Pacheco has a chance to be the first 1,000 yard rusher for the program since 2012. He should also be utilized more in the passing game. While the offensive line will continue to be a work in progress, I have confidence that new OC Sean Gleeson will do a better job of putting the best players on the field in a position to succeed. No one player should benefit more this season than Pacheco, who has the potential to put up all-conference numbers.

Predict your team’s record, its best win, and a potential surprise loss:

1-7 with its best and only win over Maryland in the regular season finale. It’s as close to a rivalry game as Rutgers has, important for the recruiting trail and for the program to potentially move up the Big Ten East standings in the short and long term. I think Schiano and staff will ultimately outcoach Mike Locksley and crew to beat the terms and create a positive result to build off in year 2. Hard for Rutgers to have a surprise loss due to the fact they’ll be underdogs in every game this season. However, losing to Illinois at home may surprise some Rutgers fans, despite them coming off a bowl appearance a season ago.

What else should we know about your team this year?

Being more competitive against the blue bloods of the Big Ten this season is a major area that fans will be hoping to see improvement. Turnover margin has been a disaster in recent seasons, so that needs to improve as well. Overall, this team will be improved but still not good. Staying healthy will be key to how much progress is ultimately made