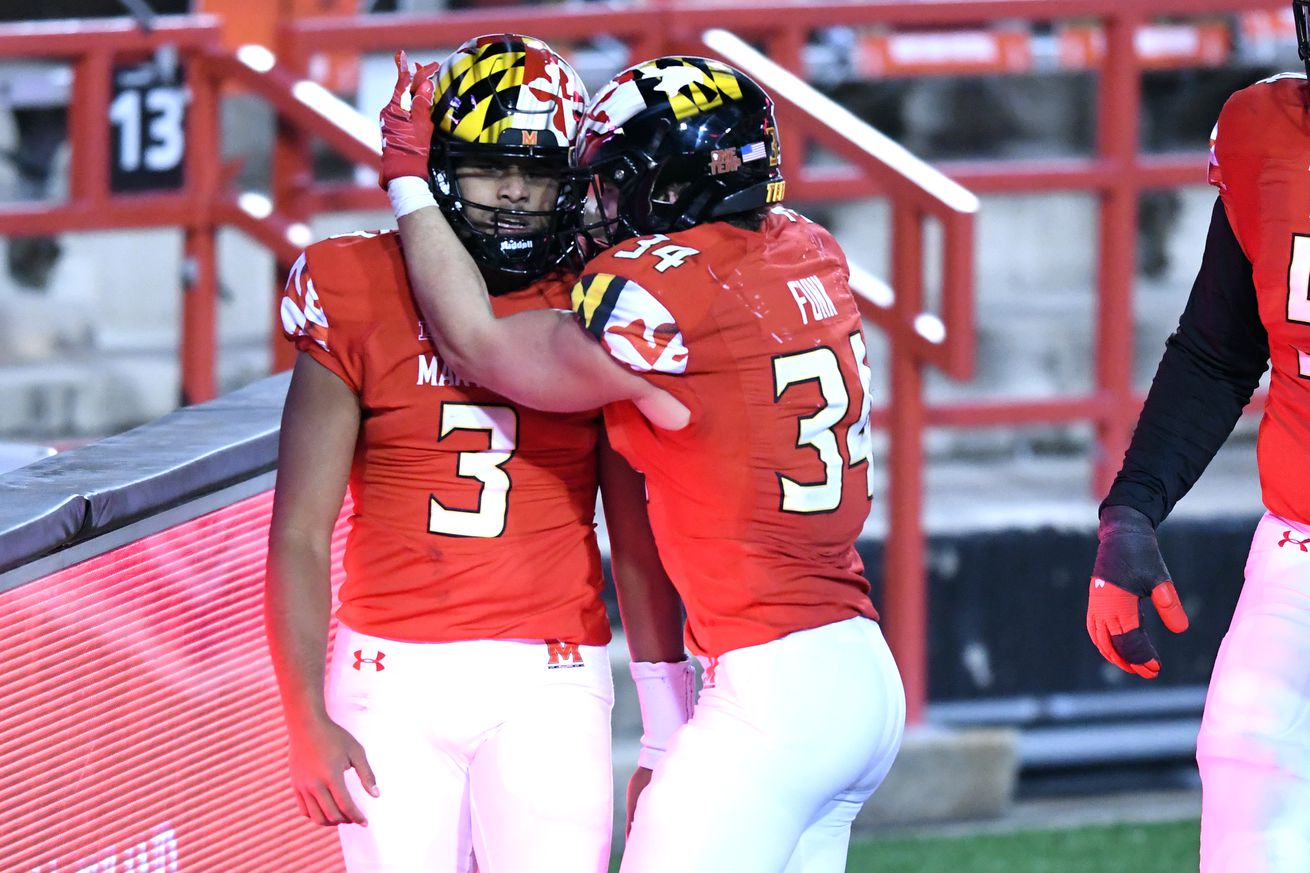 There was a big game that went about as expected, a big upset in the The Great Lakes State, and a few other pretty exciting matchups, as well. Let’s see how they shook up the power rankings heading into another packed week:

The Buckeyes are the real deal. They took down a good Penn State team pretty easily, holding the Nittany Lions to just six first-half points on a pair of field goals, one coming on a weird officiating decision at the end of the half. Justin Fields continued to put up video-game numbers, going 28-for-34 through the air for 318 yards and four touchdowns. Seems like Ohio State is destined for the College Football Playoff unless something very weird happens in the next several weeks.

Never a doubt! The Hoosiers went to New Jersey and won their fifth-straight matchup with the Scarlet Knights. The defense was good as hell for the most part, the offense figured it out down the stretch and Chuck Campbell continued to come through as needed. Next up is a visit from Jim Harbaugh, and IU is the higher-ranked team in the matchup. Normal season, get a new slant.

Up next: Another Covid Bye

Will the Badgers ever take the field again? Is Graham Mertz the real deal? Find out next time (or the next time, or the time after that) on Dragon Ball Z!

I’m not going to knock anybody for losing to Ohio State. Sean Clifford and the boys gave it a go, but it felt like they were never really within striking distance. Hopefully, they’ll be able to get their season back on track this weekend against Maryland, a matchup in which they’re heavily favored.

Northwestern’s beatdown of Maryland looks a bit better this week, and the ‘Cats managed to scrape out a win in Iowa, putting them right in the mix to potentially return to the top 25. It’s quite the turnaround for Northwestern, and if it continues we may see Pat Fitzgerald get B1G Coach of the Year hype. But a lot of credit should go to offensive coordinator Mike Bajakian, who’s seemingly taken Mick McCall’s Mess and turned it into something that doesn’t make masses of people want to burn their eyes out.

Up next: Covid Bye

Purdue’s undefeated! The Boilers now have wins over Iowa and Illinois, which aren’t terribly challenging opponents, but still definitely worth celebrating. Aidan O’Connell to David Bell is quite the threat for them offensively, as the duo has now linked up 22 times for 243 yards and four touchdowns in two games. Purdue would be taking on Wisconsin this weekend but, well, y’know.

So it turns out that Michigan State wasn’t quite as bad as it looked when it was (checks notes) turning the ball over seven times in a loss to rutger. The Spartans managed to take down big brother in Ann Arbor for the first big win of the Mel Tucker area, somehow giving them a top-three win of the season for the Big Ten thus far, and a bottom three-loss as well. There may be a new #CHAOSTEAM afoot. Get a 12-pack ready, East Lansing.

Up next: Away vs. Indiana

Up next: Home vs. Michigan State

Parking the Hawkeyes this week after their one-point loss to Northwestern because I’m still willing to believe that they’re better than the bottom five teams in the conference. They’ve lost to a pair of top-half teams by a combined five points so it’s reasonable to expect that they’ll recover from the early slump, potentially by taking down Michigan State as they’re favored to this weekend.

Congrats, rutger, you’re in the power rankings for now. You aren’t an unbearable garbage fire this season. That being said, have fun this weekend. Go out there and get some fresh air and exercise.

Up next: Away vs. Penn State

Taulia Tagovailoa rebounded from a rocky debut to torch Minnesota for 394 yards and three touchdowns! He also ran for 59 yards and two more touchdowns! Maybe the Gopher defense is just hot garbage, but for now we’re filing Maryland away under “no idea, but maybe average.”

Up next: Away vs. Northwestern

Despite their protests outside of Big Ten HQ last week, the Huskers neither played a game, nor received a win via a Wisconsin forfeit. What a shame.

Couldn’t quite keep up with Purdue last weekend, but they’ve got a chance to upset a reeling Minnesota team this weekend. That’s not a sentence that I anticipated typing out a couple of weeks ago. If they do so, it’ll have to be without starting quarterback Brandon Peters and some other players who tested positive for COVID-19 before the Purdue game. That apparently leaves a person called “Coran Taylor” to run the offense for the Illini. Sure, I’ll believe it.

Up next: Away vs. Illinois

Mohamed Ibrahim is very good at football. The running back went for 207 yards and four touchdowns on 41 carries against Maryland. The rest of the team, particularly anybody who plays defense? Well…let’s label them TBD for now.