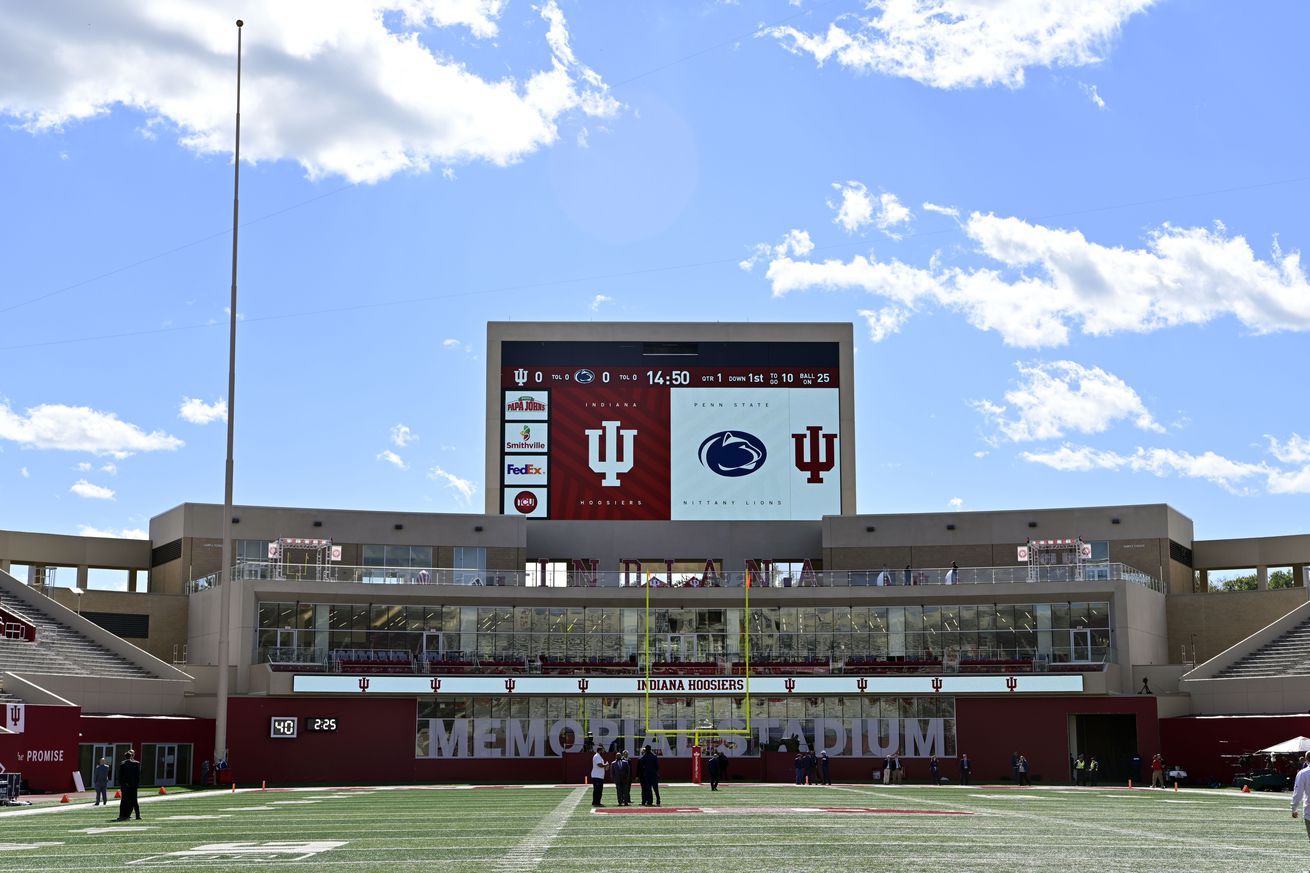 It’s what everyone in Bloomington has been waiting two years for: Michael Penix’s revenge

No matter the matchup, no matter the year, the first game of the season always feels a little squirrelly. First games are pretty sloppy, mostly disjointed affairs, and on the right day, they can get downright weird.

So if you’re the Hoosiers, you have to love getting No. 8 Penn State in Week 1.

It’s hard to really know what to expect in this year’s season opener, given all of the factors at play. Spending time on a Week 1 breakdown feels foolish when you consider all of the unknowns. But maybe, just maybe, in a year of chaos, perhaps things will line up advantageously for the ol’ Chaos Team. Maybe.

Here are three storylines to consider for Saturday’s game:

Almost two years ago to the day, Michael Penix’s freshman season came to an abrupt end against the Nittany Lions on an awkward, third-quarter fall that led to a torn ACL. Penix missed last year’s Penn State game with a clavicle injury, so it’s taken some time before he could exact his revenge. Or something. There are some questions about the Penn State secondary, and given how Peyton Ramsey carved up the Lions to the tune of 371 yards last year in State College, Penix could be in for a big day in what this blogger expects to be a high-scoring game. Mostly, though, we’re curious to see how IU’s guards hold up against Penn State’s pressure. Does the Indiana quarterback have the help he needs?

Where are the defenses?

It feels like everywhere you look around the college football landscape, defenses are a half step, or even a full step behind the offenses this season. We noted Penn State’s secondary questions above, and we received some iffy signs about the defense from Tom Allen during fall camp. So we’re curious. Where do things stand? And, looking at Saturday, specifically, how will IU account for Penn State tight end Pat Freiermuth? He’s going to be a problem for everybody, and I pity the folks tasked with dealing with him right out of the gates. The over-under on Saturday is 62 points, and given the way both of these offenses figure to put up points this fall, it might not be a bad idea to smash that over.

Yeah, yeah. It’s the story with every Indiana football game, isn’t it? But this was especially true last year in Happy Valley, where a muffed punt followed by an ugly miscommunication on a fake punt contributed to 14 Penn State points in a game IU lost by seven. In a series that has been as close as this one has in recent years — 2017 aside — it’s high time that this Hoosier program rises to the moment. Speaking of mistakes, we sure are excited for the return of Big Ten officiating, aren’t we, folks?

Game Info / How to Watch