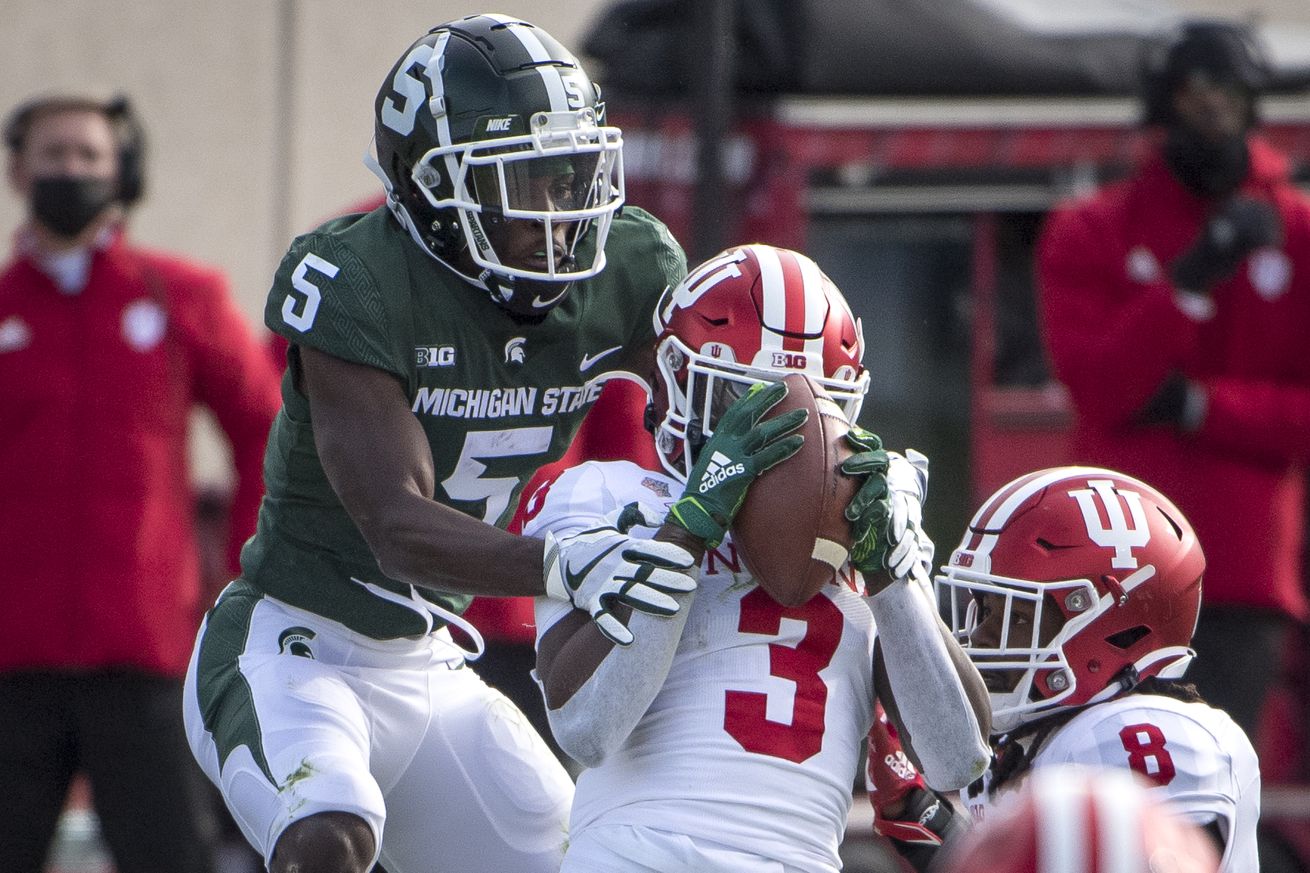 But there was something missing, something that left that otherwise impressive total out of tune with Indiana coach Tom Allen’s defensive mantra.

His fortune changed Saturday, when Mullen hauled in a pair of picks during No. 10 Indiana’s 24-0 victory at Michigan State. As part of a dominant defensive effort, Mullen yet again asserted himself as one of the best players on the field. And those two interceptions? They satisfied a bunch of people on Indiana’s sideline.

“He’s learned how to catch,” Allen said with a smile. “Last year, he had all those pass breakups and never any picks. How about that? No, I’m just teasing. He’s a great player. He was due.”

Mullen’s interceptions led to 10 points for the Hoosiers. He’s the first IU defender to record a pair of picks in a game since safety Jonathan Crawford did so on Nov. 26, 2016.

“To keep it simple, I saw the ball and attacked it,” Mullen said. “I was in the right position, had the right technique, and had one of the best cornerback coaches in the game, Brandon Shelby. I listened to him. He puts you in the right position to where all you have to do is go out there and execute. That is what I did today.”