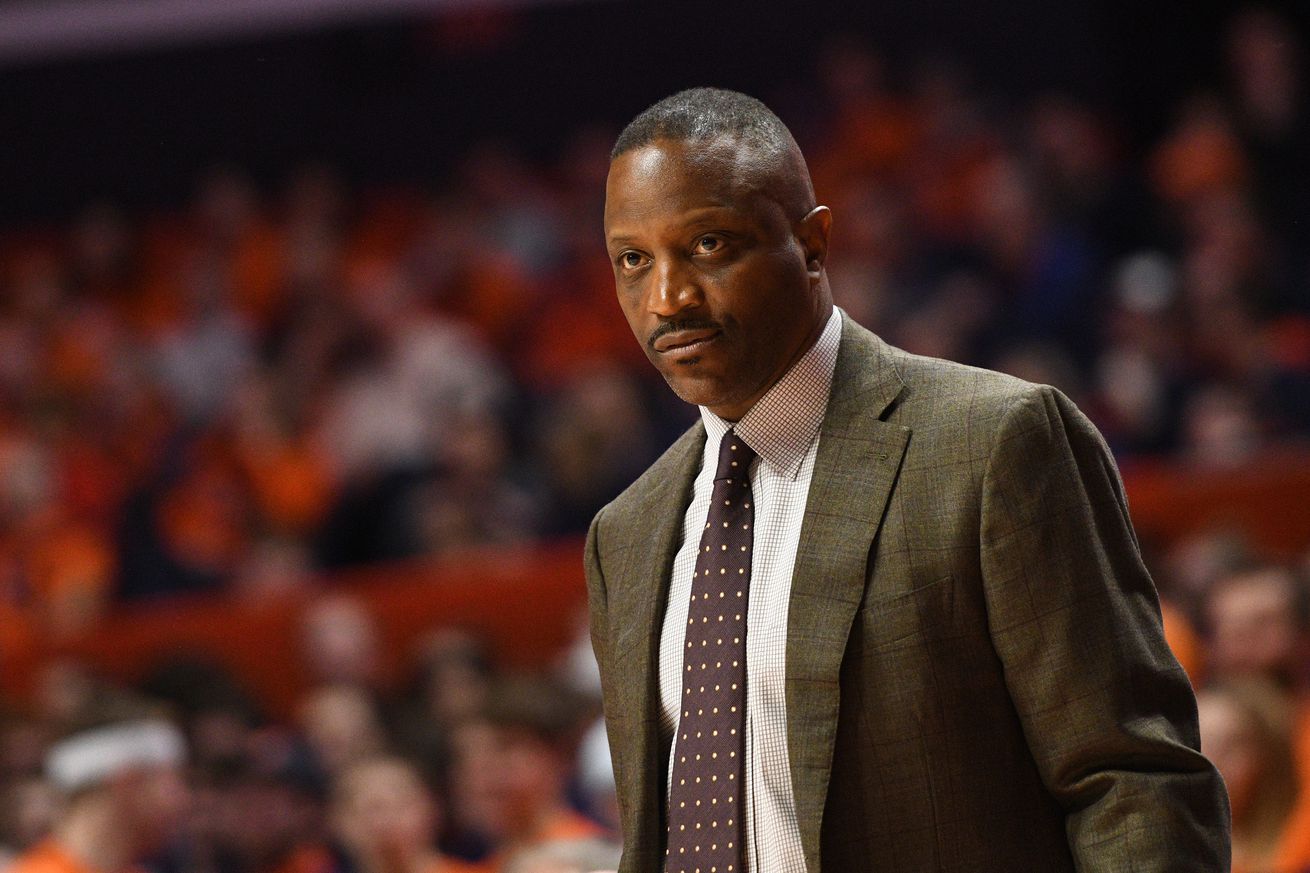 This is just funny to me.

Known Bloomington-fearer John Calipari, who also coaches Kentucky, has reportedly poached IU assistant coach Bruiser Flint for his staff, according to the guy who’s currently selling face masks with his name on it.

Flint will replace departed Kentucky assistant Kenny Payne, who accepted a position with the New York Knicks. Flint was an assistant on Calipari’s staff at UMass for six seasons in the ‘90s, a run that included a No. 1 seed and a Final Four in Calipari’s last season in 1996. Flint then replaced Calipari as the school’s head coach when the latter was hired to coach the New Jersey Nets.

That now leaves IU with a vacancy on its coaching staff late in the offseason, with uncertainty building about the sports calendar for the 2020-21 school year.

Flint was arguably the most notable hire when Archie Miller formed his initial staff at IU in the spring of 2017, as Flint was a former DI head coach at UMass and Drexel, with ties to the East Coast, given his Philadelphia roots and playing career at Saint Joseph’s.

Miller’s first recruiting class at IU included three-star prospect Clifton Moore of Horsham, Penn., 2018 prospect Jake Forrester was from Norristown, Penn., and incoming freshman Jordan Geronimo, a four-star recruit, attended St. Paul’s School in Concord, New Hampshire. Moore was a holdover from Tom Crean’s staff, but Flint was listed as the primary recruiter for Forrester and Geronimo, according to 247Sports.

The bad news for IU is that an experienced coach was poached by a rival, one who also refuses to play you on anything but its terms. It’s just salt in the wound.

It’s also incredibly late in the calendar, with students having already returned to Notre Dame’s campus for the fall semester, for example.

The good news is that just like Kentucky is a job with the prestige and resources that make it worth leaving IU for (Payne was reportedly making $900,000 annually, which is more than most Mountain West head coaching jobs and not quite triple what Flint was making at IU), IU is that same program for about 330 to 340 other schools in the country. Archie Miller will presumably have a number of interested and qualified candidates, especially during a time in which schools, especially smaller ones, are facing financial uncertainty.

A pay raise from a Big Ten program in the middle of a pandemic could be appealing to potential candidates.

Not to overstate the importance of the hire, but Miller is heading into Year 4 of his tenure and he now has to replace the second of his three original assistants. IU was on track to make the NCAA tournament until, uh, 2020 happened, but the Hoosiers need to provide some receipts for the Miller era and they could use a breakthrough season, especially offensively.

There’s been a slow improvement in their offensive efficiency ranking from No. 92 to No. 82 to No. 65, per kenpom.com, but hiring a Tim Buckley-esque shot doctor-type assistant could bring the program closer to the heart of the 2010s, when IU’s offense finished in the top eight nationally four times in five years.

Sorry if that last line made you throw up in your mouth a little.

It feels silly to start throwing out potential names already for Flint’s replacement, but if you want to do some deep-dive research, Jeff Goodman has an ongoing series about the top assistants in every conference. (ah, that sweet, sweet feeling of plugging your former employer twice in one blog post. rips a shot of Skrewball)

Also, let’s be careful about how we talk about candidates! Saying “This job calls for a young, connected, hard-working African-American” is a statement that feels like it’s trying really, really hard to safely crawl through a remote field in Europe that still has a few World War II landmines buried in it.

Not suggesting any bad intent by that take, but it made me feel a little uncomfortable – the phrase “hard-working” is doing 800-pound reps of inclined leg press-level of lifting in that sentence – because there’s already an archetype of the black assistant coach who’s viewed as “the recruiter” on a staff. Don’t even give the slightest impression of a top-floor-of-Sports-on-the-Saturday-night-of-Homecoming, “one in, one out” policy.

Intentional or not, tying the race of an assistant to his connections to recruits, with no mention of his X’s and O’s knowledge, ability to scout opponents or any number of other important coaching traits only furthers some of the race-to-recruiting shoehorning that goes on in college basketball discourse.

Fifty-six percent of DI men’s basketball players in the 2018-19 season were black, compared to just 23 percent of players being white, per the NCAA Demographics Database. Those percentages move closer together at the assistant coach level, with 48 percent of assistants in 2019 being black and 47 percent being white.

But then there’s a huge drop-off to which assistants become head coaches. Sixty-nine percent (nice) of DI head coaches two seasons ago were white, compared to just 28 percent being black.

Based on the demographics of the athletes, it’d arguably make more sense if those percentages were flipped, given that there’s roughly 2.5 times as many black players as there are white players, and the fact that there are more black assistants, too.

So feel free to do your own research of A-10 or Big East assistants, or track down former IU players who have gotten into coaching and suggest some names for IU’s new vacancy, but let’s all agree to support as many minority candidates as possible across all levels and positions in college athletics without tying their race exclusively to their connections in recruiting.

Now, Kentucky? Schedule a home-and-home with IU, you cowards.