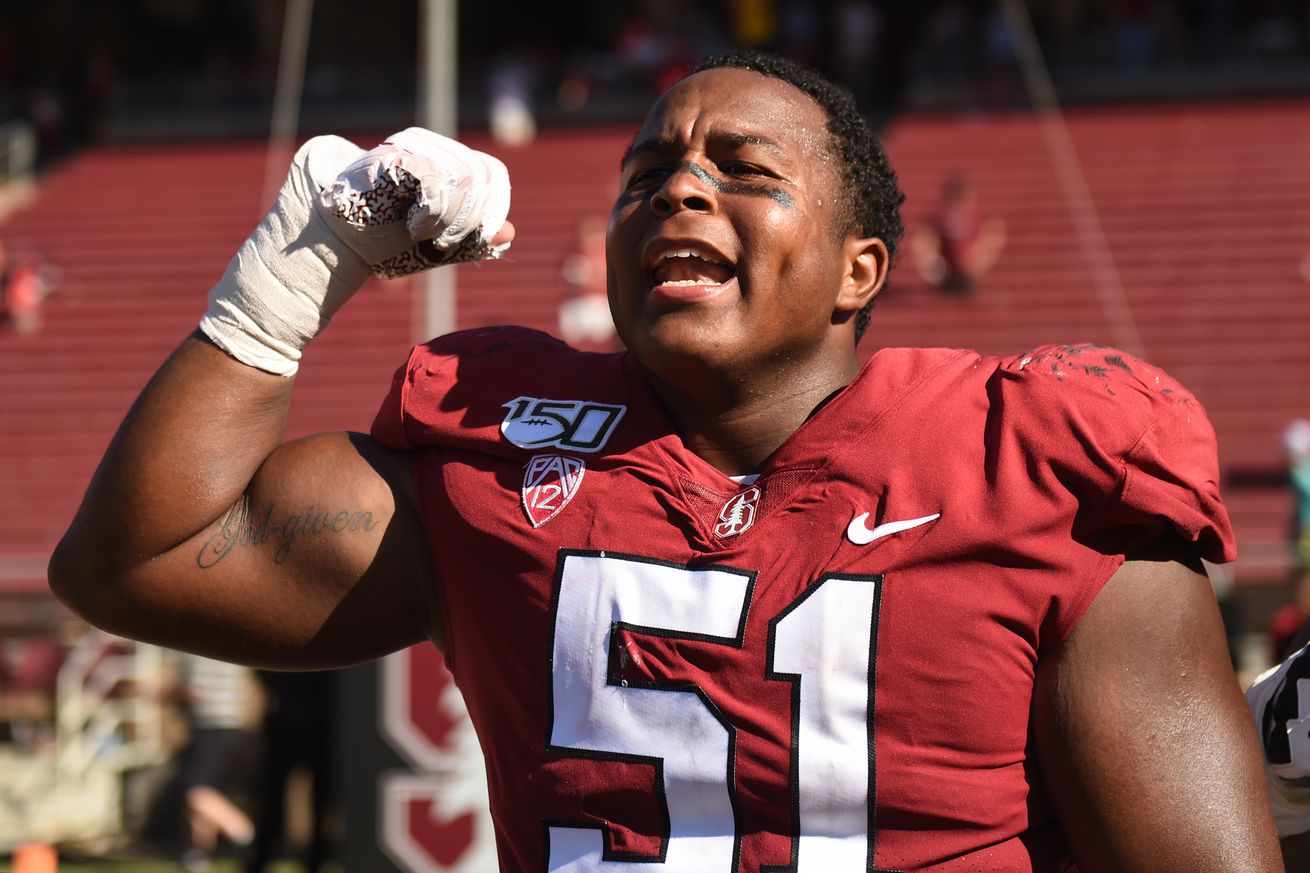 Some much-needed beef is on the way for Indiana’s defensive line. Jovan Swann, a one-time IU recruiting target, announced Thursday that he will join the Hoosiers as a graduate transfer.

The 6-foot-2, 271-pound Greenwood, Ind. native started nine of the 12 games he played for Stanford in 2019, finishing with 32 tackles, eight tackles for loss and 5.5 sacks. Swann has experience at both defensive end and defensive tackle.

“I have completed my process of finding a home for my final year of eligibility, after many prayers and great discussions,” Swann wrote in a message posted on his Twitter account. “To all my support system, near and far, and the rest of Indiana, I am staying home this time and am committed to Indiana University!”

Indiana’s previous coaching staff made the Center Grove product a priority target before he chose Stanford over IU and Northwestern in January 2016. He’s a former three-star recruit who was ranked the nation’s No. 34 defensive tackle by Scout, No. 44 by Rivals and No. 46 by 247 Sports. Swann’s brother, Mario, lettered for the Hoosiers as a defensive back in 2015.