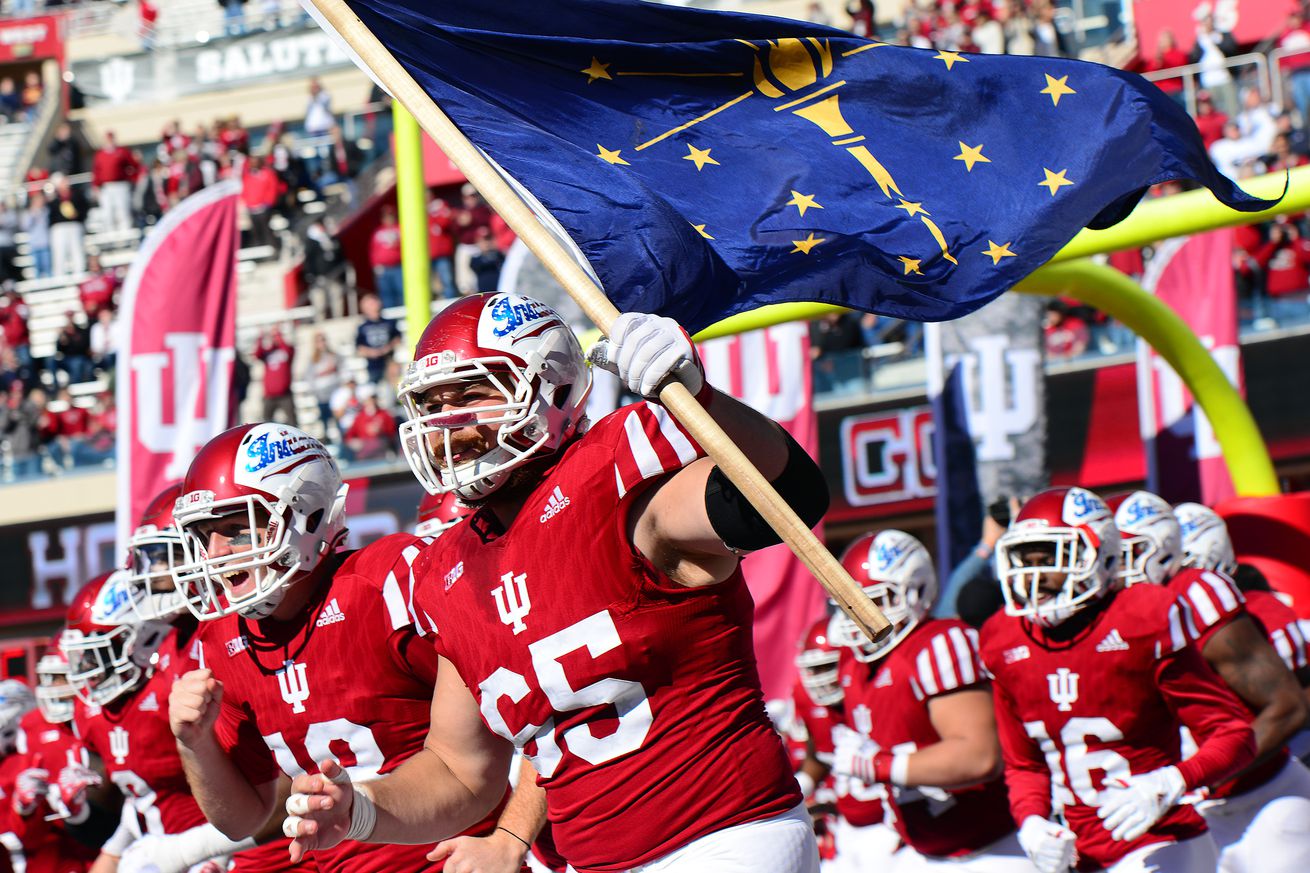 I never liked that stupid duck

That means it’s officially time for overly optimistic season previews, game-by-game schedule breakdowns and pretty soon, way-too-early bowl projections that will give us four-win Michigan State against five-win Cal in an empty stadium in Idaho, or something like that.

For your own sanity, I advise that you throw out traditional preseason expectation metrics, as much fun as they are. No specific win totals, no division or conference standings, no targeted bowl games that you’re circling.

A positive COVID-19 test for a Big Ten player will result in at least 21 days away from competition, or in other words, roughly 38 percent of the regular season.

The number of FBS games that have been postponed or rescheduled this season is approaching 20, if it’s not there already, and Week 4’s games haven’t even kicked off.

And that’s with 78 of the 130 FBS teams having yet to play a game this season.

Heck, UMass – an independent program ranked by ESPN’s SP+ metric as literally the worst team in the country last season – released an official statement this week about its intentions to try to piece together a fall season.

This season will be dumb in the most college football way – in ways like Ohio State dropping out the AP Top 25 after being ranked No. 2 in the preseason AP poll, only for it to vault back up to somewhere in the top five in Week 5, when Big Ten teams are eligible to receive votes again.

It’s dumb in the most college football way when a graphic showing a TV pundit’s top 10 teams through Week 3 is flashed onto the screen and 60 percent of the teams haven’t played this season, while others have played two games.

“I haven’t seen Episode VIII: The Last Jedi but I HEARD it’s supposed to be really good, so even though I’ve seen Episode V: The Empire Strikes Back twice and I really appreciate the casting and directing, I have The Last Jedi ranked higher in my Star Wars movie rankings.”

That’s why the goal for IU football this season – speaking at least for the fan base, if not also those within the program – should simply be to remove itself from as many potential Aflac trivia questions as possible.

You know, that in-game marketing promotion that usually pops up in the third quarter of the Saturday primetime game on ESPN, where Chris “Bear” Fallica’s face is imposed on the screen and Chris Fowler or someone might toss out an educated guess or two.

The answers are typically reserved for teams that were really, really good, or teams that have been really, really bad. There’s a reason the answer is never, like, N.C. State or South Carolina. That’s like asking what’s your fourth-favorite vegetable.

Indiana made progress on this very important mission last season, when it reached No. 24 in the AP poll for one (1) week after a win over Northwestern propelled the Hoosiers to 7-2.

Before that, they hadn’t been ranked since 1994, which was prime Aflac trivia territory.

This season, the encore to an oh-so-close #9Windiana realization, should be about removing as many signs and reminders of what IU has been for so much of its history – basically a four-win-a-year program. This is #IUFB scrubbing its IG the week before move-in week freshman year of college, deleting and untagging itself from any old photos where it was a little pudgy, had horrible acne or had a terrible choice in friends that one summer.

The best part of this vague, but just specific enough goal is its range.

The best-case scenario is that IU finally gets the monkey off its back and beats Ohio State or Michigan. For the sake of breaking history and removing a potential Aflac trivia question, it doesn’t matter the circumstances of such a win. Beating Ohio State is beating Ohio State.

Sure, ideally IU’s next wins against Michigan and Ohio State will come at full strength, hopefully when the Wolverines and Buckeyes are good, in front of a full crowd, and maybe it’ll even happen on the road. But a win in 2020, for whatever it’s worth and for however long the season lasts, still counts in the eyes of that annoying, little animated duck that wobbles across your television screen once a week to ask you an impossibly hard trivia question.

Impossibly hard, that is, unless you’re wearing a bison hoodie and it’s a question about IU.

IU’s purging of Aflac trivia questions can include a bowl win (it hasn’t happened since 1991) or perhaps ending a drought of reaching a higher-tier bowl game if the full field of FBS teams isn’t competing this fall.

This season is about IU landing a big job in a new city and pushing the bottom lines of its resume about its minimum-wage college internship off the page and replacing them with something bigger. Something better. Something more recent.

This season should be about IU removing itself from as many potential Aflac trivia questions as possible.

It’s not even 9 a.m. and Golf Channel brought up IU football’s winless drought on the road against Michigan during its coverage of the Ryder Cup. Please cease and desist @GolfChannel