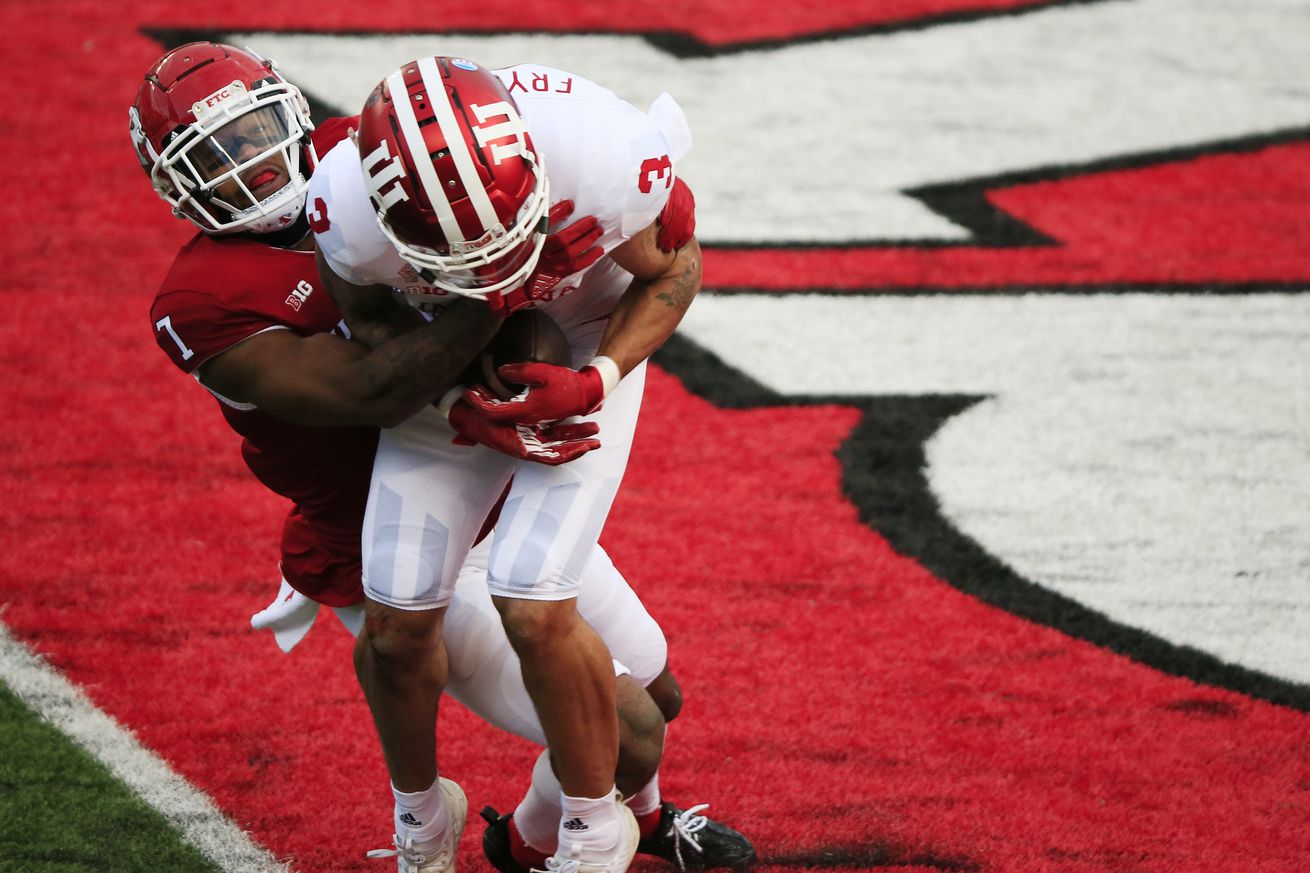 Through two games, Indiana is making the most of its red zone trips

Through two games, Indiana’s offense has operated in fits and starts. But there’s one area on the field where the Hoosiers are having their way with opposing defenses.

That is, where it matters — deep in enemy territory.

IU is 12-for-12 with eight touchdowns during red zone trips this year, making the most of scoring opportunities when they come.

“We continue to play well in the red zone,” Allen said. “That’s a key element of our success.”

No Big Ten team has cashed in on as many red zone trips as Indiana. The Hoosiers are tied with Ohio State for most drives inside the 20-yard line, and tied with the Buckeyes, Minnesota and Michigan for most touchdowns. Charles Campbell’s perfect field goal kicking has also been an ingredient to IU’s success.

But it’s the touchdown component that has the Hoosiers encouraged. Red zone trips have ended with touchdowns four times in each of IU’s first two games.

And those scores are coming in a variety of ways. The breakdown:

“It comes down to Coach Sheridan setting us up for success and simple execution,” Penix said. “On most of those, the defense gave us great field position. I feel like it is a team effort. The defense causes turnovers whenever the opponent was backed up, and that gave us a short field. We took advantage of it. The offensive line is blocking extremely hard to make sure that we get into the end zone. That is something that we emphasize every week. When we get into the red zone, we are trying to score. We try to score every time, but especially when we are in the red zone. We really want to make sure we are putting points on the board.”