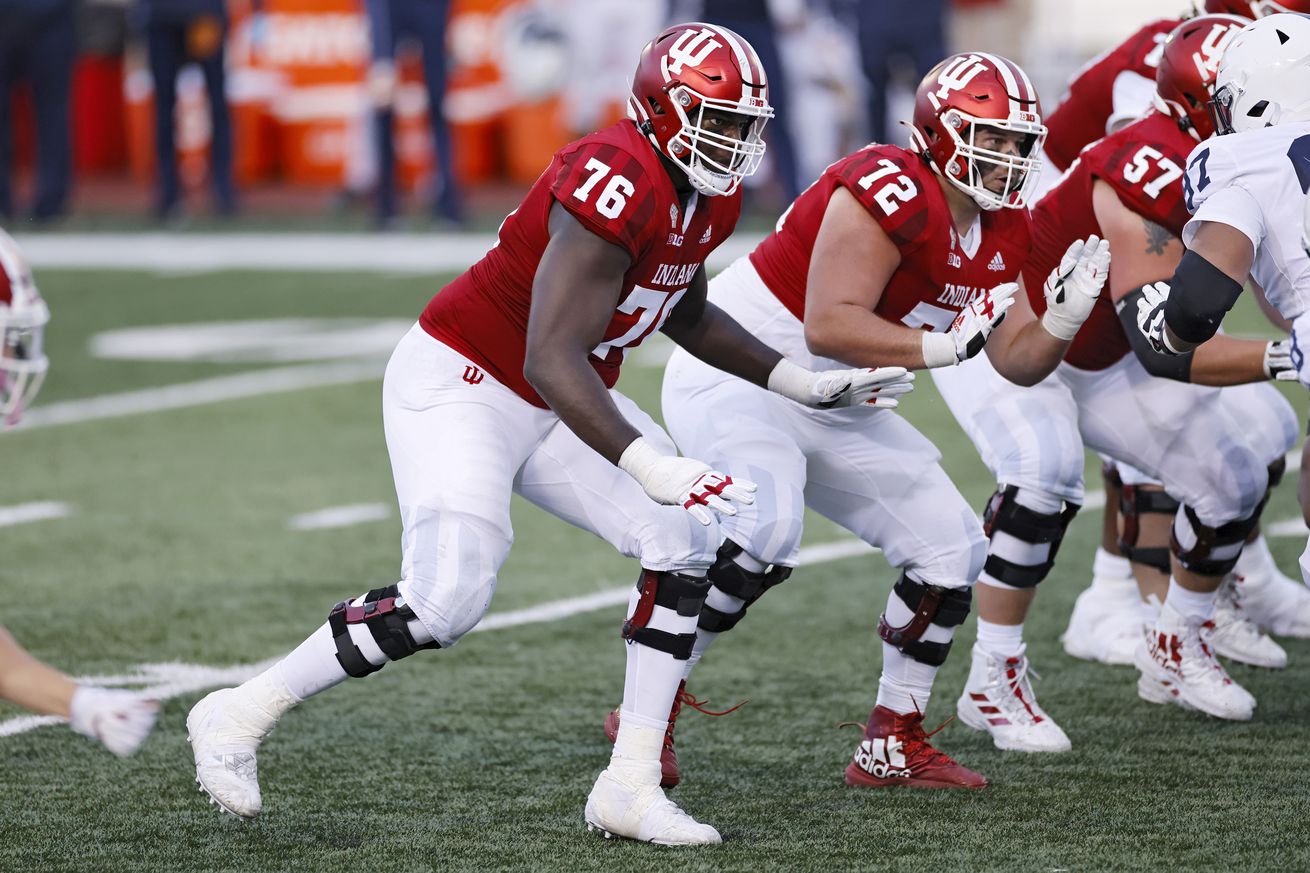 Indiana expects to have one of the most important pieces of its offensive line in place when it takes the field against Michigan on Saturday.

IU coach Tom Allen said Thursday that he believes sophomore right tackle Matthew Bedford will be in the lineup after prematurely leaving last week’s game at Rutgers. Bedford dealt with an unspecified injury during the second half of Saturday’s contest, waving himself off the field.

That’s good news for the Hoosiers, who were also heartened to see that Bedford’s replacement, Luke Haggard, filled in capably when called upon. The Santa Rosa Junior College transfer made his IU debut at Rutgers, subbing into the game for Bedford and giving Allen and company a better sense of their depth up front.

Ideally, the IU coach says, he’d like to have three trusted tackles to rotate into action, just as he aspires to do it at the guard spots. Haggard’s play at Rutgers gives Allen the confidence to do that moving forward.

“Luke Haggard did a good job,” Allen said. “I have a lot of confidence in him. I am glad he got a chance to get in there. He is the guy that we have been very impressed with in his development here since he came this past January. He has worked extremely hard. I feel very comfortable and I expect him to play. We want to have three tackles here that we can move around … just like you have three guards that you think can play, and then you got guys behind them that have to step up. You just never know in this situation that we are in with COVID-19 and all that creates with your depth and guys staying healthy for a variety of reasons. We are going to have to have depth on that offensive line.”