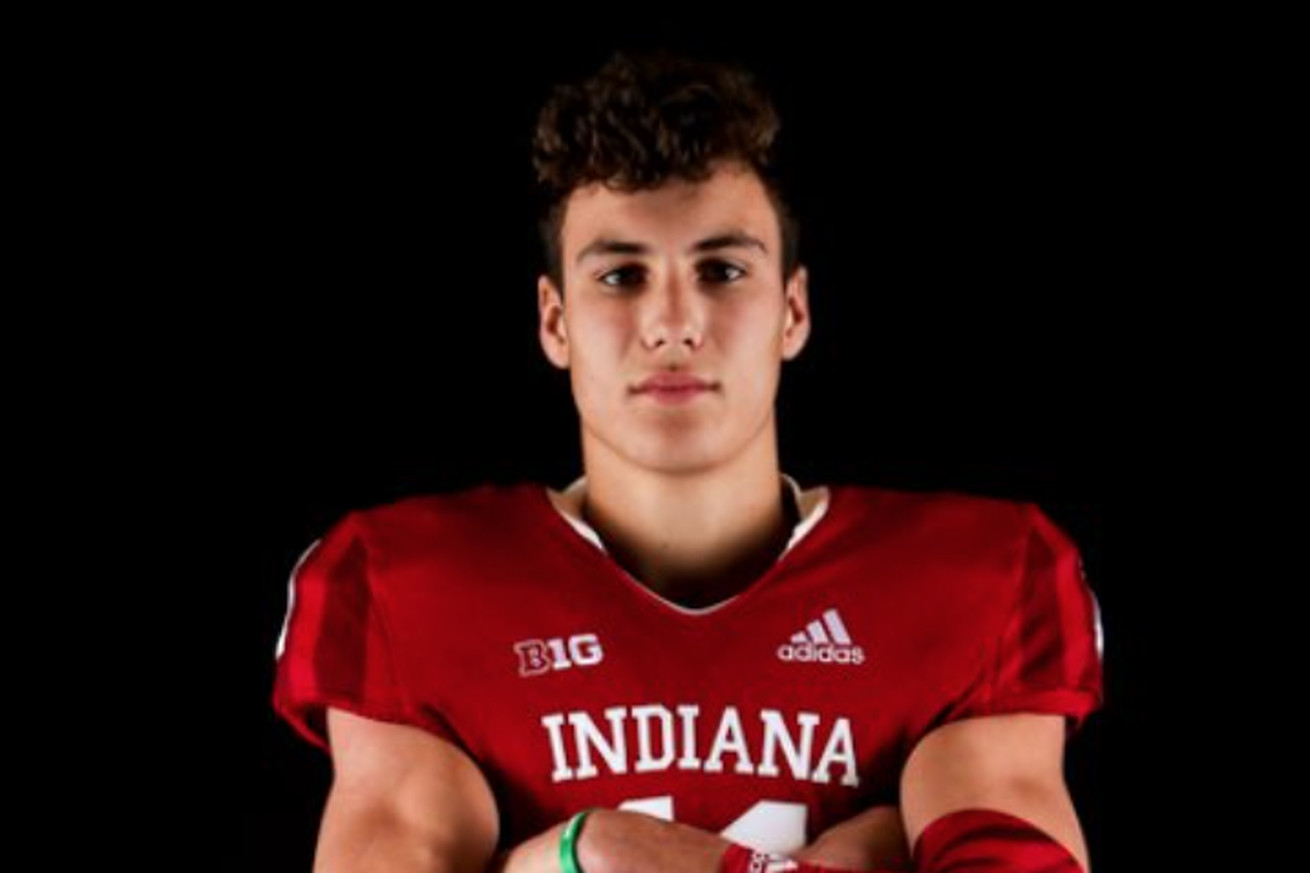 The story of AJ Barner’s offseason development can be told through his clothes and equipment. By the start of fall camp, these things no longer fit.

“He grew over the summer,” IU coach Tom Allen said. “We had to change some of his sizes for his gear because he got bigger.”

At 6-foot-6 and 230 pounds, the freshman from Aurora, Ohio is already an intriguing player in Indiana’s tight end room. And if the early projections are accurate, Barner could be a big part of the future for Indiana’s offense.

“He is long, athletic and just a very well-rounded tight end that can run, block and catch the ball,” Allen said. “He picks things up quickly.”

And grows quickly, too. Barner landed his Indiana offer after his junior year, at which point he was hovering around 200 pounds. Adding bulk has been a priority for the former three-star recruit, and entering his first college season, the initial returns are encouraging.

“We knew he was going to have to get a little bit bigger and put some more mass on him,” IU offensive coordinator Nick Sheridan said. “The reason he has is he loves football.”

Not only is Barner developing into his frame, he’s growing into his position, too. In high school, Barner built his reputation on defense. The 2019 Northeast Ohio Division III Defensive Player of the Year, Barner posted 124 tackles as a senior and earned team MVP honors after helping Aurora to the state semifinals.

With that kind of size and projectable frame, Indiana liked Barner’s upside on the other side of ball.

“He just had the measurables that we were looking for from a pure physical standpoint at tight end,” Sheridan said. “He’s athletic. He can move and change direction; you can see that with him playing middle linebacker for his high school. I had an opportunity to go see him play in the fall and he was totally engaged and locked in. He was tough as nails, competitive, (and had) all the makings of a good football player.”

“He’s gotta do it, he’s gotta prove it and he’s gotta earn it at this level,” Sheridan said.

With a deep roster at tight end, Indiana may not need to press Barner into action this fall. Peyton Hendershot is an All-Big Ten talent at the position, while junior Matt Bjorson, redshirt sophomore Turon Ivy and redshirt freshman Gary Cooper are all next in line.

But Barner is entering the conversation.

“Some of the older guys, Peyton and Matt, they’re doing a great job of just bringing him along and explaining to him what’s required,” Sheridan said. “I know AJ will benefit from their mentorship, because they care a whole bunch about the team and they want AJ to be the best player he can be so he can help our team. We’re excited about AJ.”