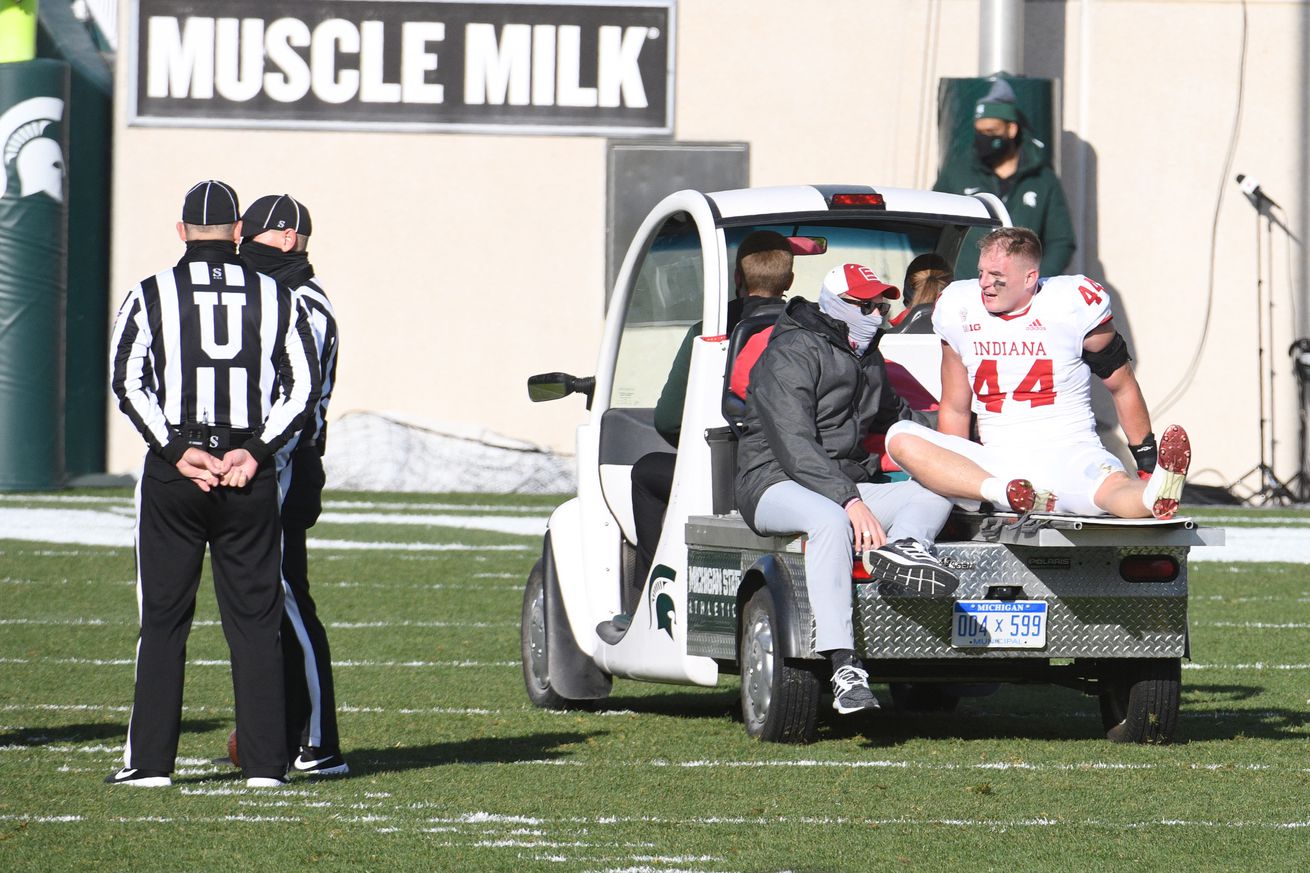 Redshirt junior linebacker had to be carted off the field Saturday

In a season full of high moments, Tom Allen experienced one of his lowest on Saturday.

His son, IU linebacker Thomas Allen, had to be carted off the field during the third quarter of No. 10 Indiana’s win at Michigan State — and it doesn’t sound like he’ll be available anytime soon.

“I love him so much, but it could be pretty serious,” Tom Allen said.

Although the Indiana coach declined to specify the nature of the injury during his postgame press conference, Tom Allen was on the verge of tears discussing the situation.

Thomas Allen had a nice start to the afternoon, recording two tackles and forcing a first-half fumble. After Thomas Allen suffered his injury, waves of players ran over to the cart to wish him well.

Father and son shared an embrace, as well.

“It was hard,” Tom Allen said. “It’s hard to see your son out there (hurting). As tough as he is, I knew by how he was responding that it was serious. It’s hard to stand there and see that and have to keep coaching, but that’s what you gotta do. You have to compartmentalize those things.

“We had a strong embrace afterwards and shared a lot of tears together. But he’s a fighter and the good Lord is putting him through that refining fire right now. That makes us who we are. It makes us special. It makes us great and it creates a grit to us that will make him a better man moving forward. Just like always, he’ll fight through this, find a way to overcome it and come back and play again one day.”