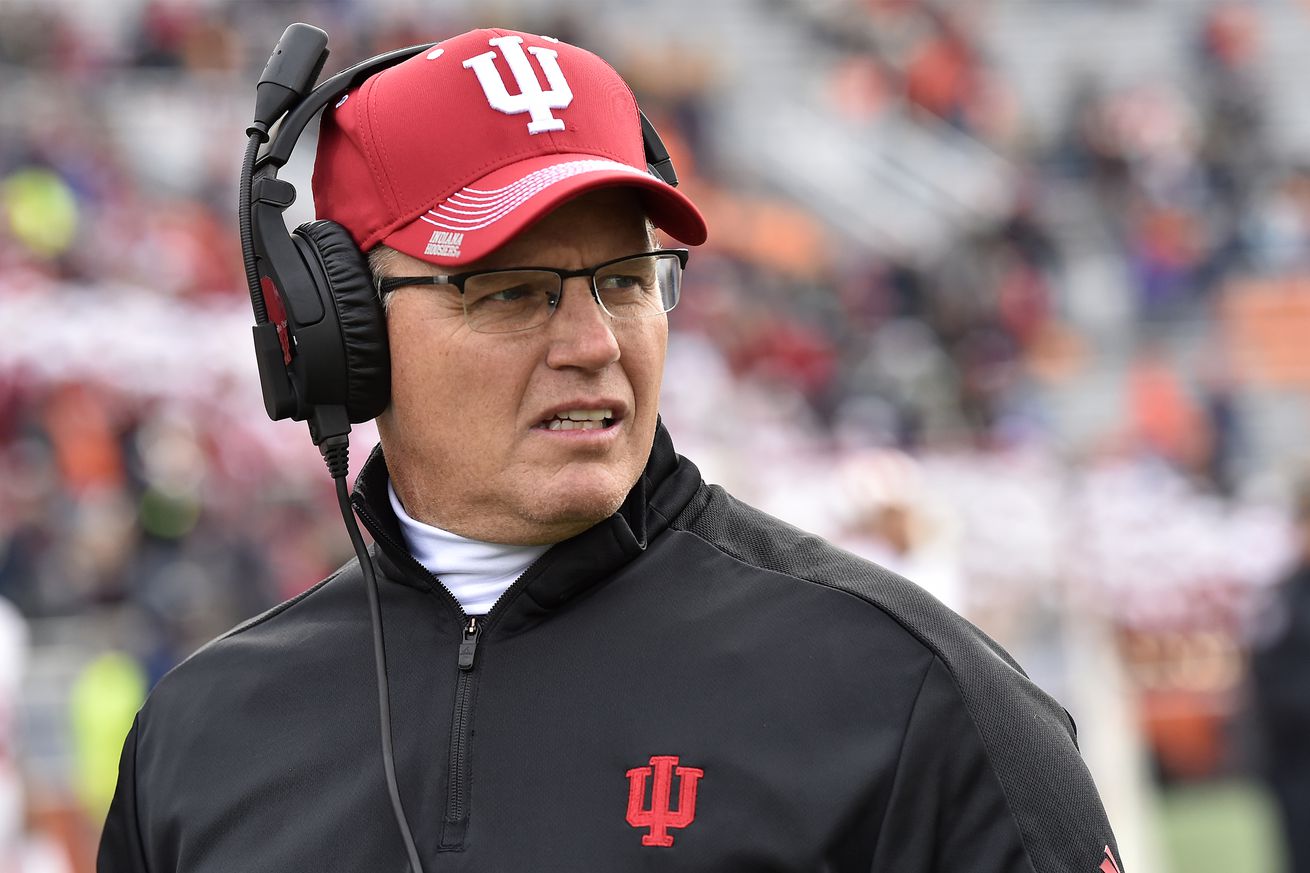 IU coach Tom Allen looks on during a game at Illinois on Nov. 11, 2017. | Photo by Quinn Harris/Icon Sportswire via Getty Images

Even amid the uncertainties of the fall, IU coach hesitant to look to spring

Big Ten athletic directors have called it everything from a viable option to a last resort.

At this point, Tom Allen isn’t sure what to make of the possibility of a spring regular season for college football. But if he had to choose, the Indiana coach would lean more toward the latter.

Speaking with reporters on Monday, Allen said he would be hesitant about pushing the start of the league’s season into the new year, citing a variety of factors ranging from logistics to workload.

“I think it would create a lot of challenges,” Allen said. “I would have a lot of concerns about that, but at the same time, I’d have to sit down and think it through more specifically.”

While Allen met with local media members, reports of a canceled Big Ten football season swirled. Those dispatches came only two days after the conference announced it would put padded practices on hold — and only four days after the league revealed its revised 2020 schedule.

These days, it feels impossible to predict where the Big Ten is headed next. Yet, one possible course correction for the conference could be to delay the start of football season until the spring, which, according to the Detroit Free Press, was recently believed to be the preference of commissioner Kevin Warren.

But Allen? He’s not sure that’s the route the sport should go, especially if it were to be followed by a 2021 fall season merely a few months later.

“The biggest thing you always try to think about is just the year-round calendar/approach you have toward the development of your team, and their bodies, and the load that they have, and the stress level that they have on their bodies,” Allen said. “So, gosh, there’s just so many different variables involved with that that I think it would take a whole lot of planning to make that a go.”

Indeed, health and safety, recruiting, player retention, and scheduling would be among the issues to solve. It would not be easy.

But would it be the best move in a bad situation? Allen isn’t sure.

“I see a lot of challenges for making that a possibility,” Allen said. “But like anything else, hey, we’re pretty creative individuals and (when your) back’s against the wall, you have a tendency to find a way to figure it out. At the end of the day, it’s got to always be about what’s best for our players, their development and their safety, and what makes sense in that way.”