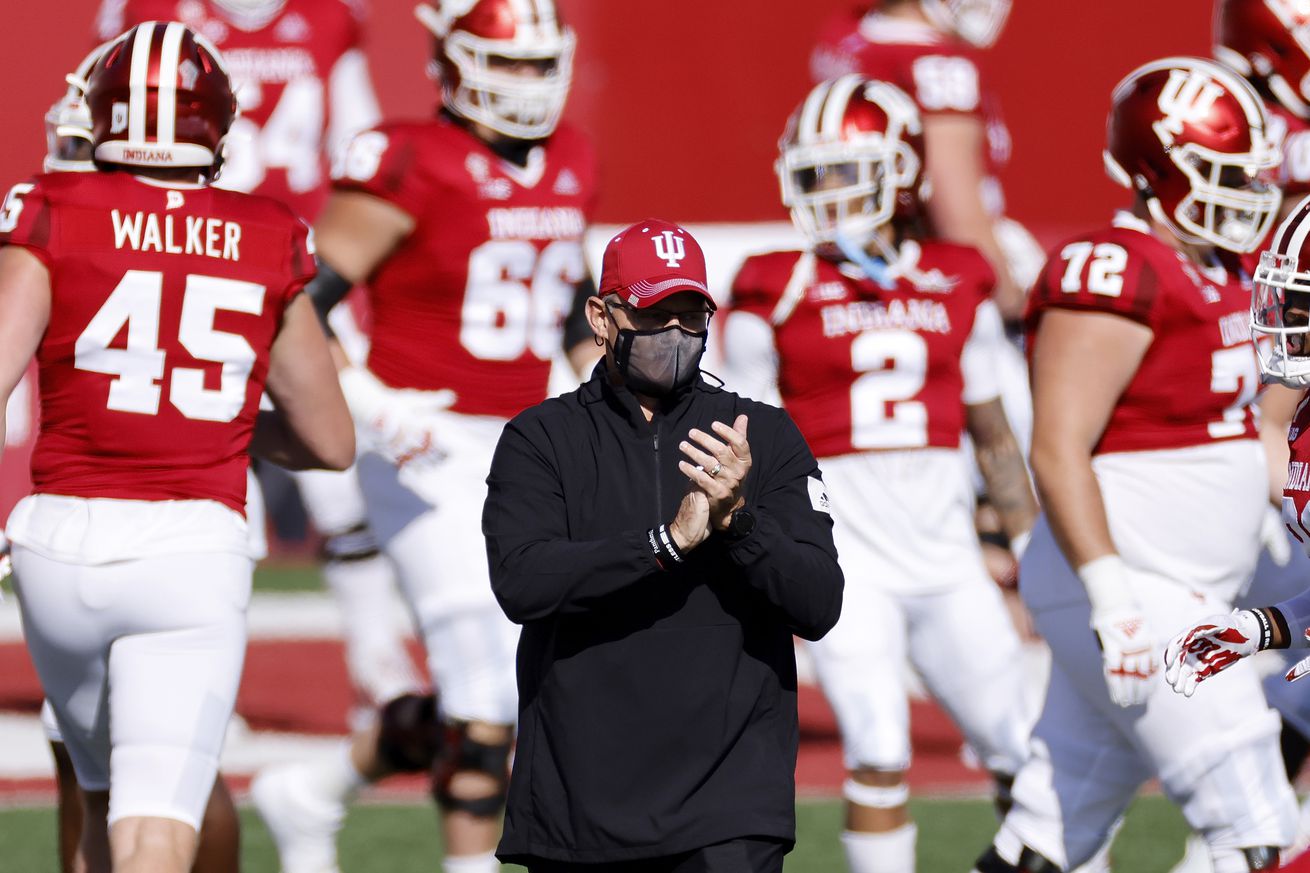 IU seeking its first win vs. Wolverines since 1987

The Indiana football coach understands that Michigan has won 59 of of the 68 games in the series, including 24 in a row. He recognizes that the Wolverines have lost only once in 20 all-time trips to Memorial Stadium, and that Michigan’s .868 winning percentage against the Hoosiers is its highest against any Big Ten school.

Yeah, he knows all of that. But all of that is “sportswriter talk,” Allen says. It’s not predictive, and in IU’s locker room, there is a genuine belief that if ever there were a Hoosier football team equipped to do the things that Indiana football teams typically don’t do, this — the No. 13 team in the country — is the one.

“We have been challenging our guys about the way they think,” Allen said Monday. “I’m always a big believer in mindset. We talk about that all the time. More specifically, talking about the past not being predictive. I don’t believe it is.”

The belief began to bubble last October when IU sealed a road win at Maryland in the final moments of regulation. It grew some more the following week when the Hoosiers clinched bowl eligibility at Nebraska, then kept growing when they survived an overtime showdown with Purdue in the Old Oaken Bucket game.

Wins such as those provided evidence to support Allen’s long-held mantra that Indiana is a program capable of accomplishing goals that have long eluded the Hoosiers. They just have to believe.

“The past is real,” Allen said. “But it’s not predictive unless you don’t do something to change it. It’s what you do next. We talk about that as a football team.”

For good reason, especially this season. In its first two games, Indiana has had to contend with a series of unforced errors. Even as the Hoosiers have passed both season-opening tests and climbed into the top 15 of both national polls, it hasn’t always looked clean.

But the fact that IU has been able to capture victories while trudging through the mud serves to fuel the Hoosiers’ ever-growing sense of internal belief. And it’s a lesson that Allen is preaching this week as his team prepares once again to try and do something it hasn’t done in 33 years.

That is, beat Michigan.

“It’s about us playing our best football,” Allen said. “To me, that’s the focus. “We haven’t done that yet. I feel like we’ve had opportunities since I’ve been here against Michigan, and haven’t been able to finish those opportunities, much like Penn State in the past.