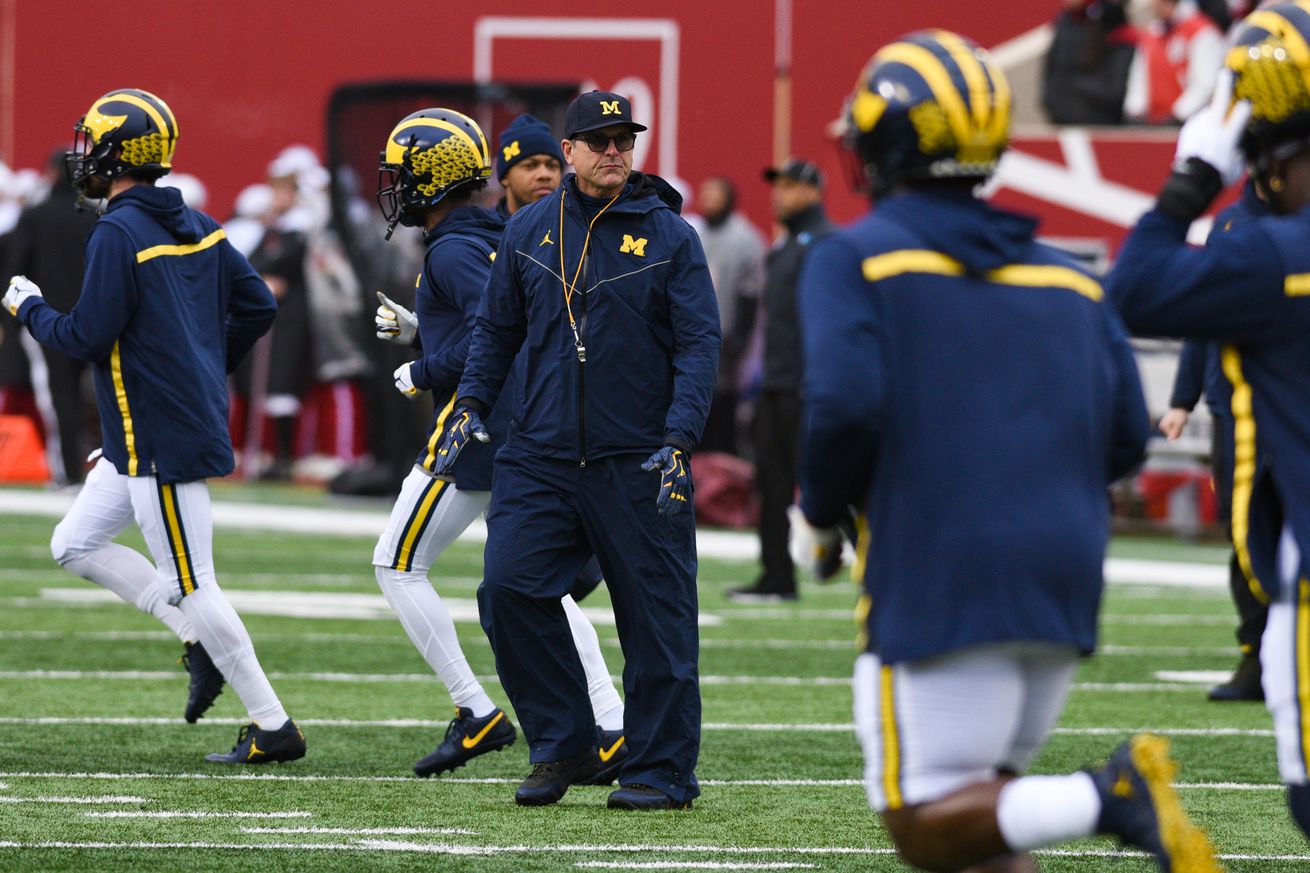 Let’s get to know this week’s IU opponent, shall we?

Trevor Woods of Maize n Brew was kind enough to swing by and answer a few questions about Michigan, this week’s IU opponent.

His thoughts are below:

How are folks feeling about Jim Harbaugh six years in?

I get this question a lot, but this week feels different. A loss to Michigan State does that. The short answer to get to the same point is Michigan hasn’t accomplished what they wanted to by this point in Harbaugh’s tenure. 0-5 against Ohio State, 3-3 against Michigan State, 1-4 in bowl games. Harbaugh knows they need to be better against their rivals. As far as how much longer he will be at Michigan, it’s far too early in the season to speculate on that.

What is Michigan’s biggest strength?

Their running back depth. Michigan has power backs in Hassan Haskins and Zach Charbonnet, along with speed backs and passing game contributors in Chris Evans and Blake Corum. If Michigan’s offensive line performs better in run blocking, Michigan can get creative and throw a wide array of run plays at opposing defenses. Joe Milton passed the ball over 50 times in the loss to Michigan State, and I expect them to stick to the run and try to establish it a

What is Michigan’s biggest weakness?

After MSU QB Rocky Lombardi had an aerial assault against Michigan’s secondary last week, I’d definitively say that’s their biggest weakness heading into Week 3. The depth appears to be lacking after U-M lost Ambry Thomas to the NFL Draft process, and if the unit doesn’t start to play more fundamentally sound and savvy, this is going to be a long year for the D. Behind the corners, a weakness could be offensive line play. After looking dominant against now 0-2 Minnesota, the o-line didn’t open holes in the run game or give Joe Milton much time to operate.

What is the matchup to watch against Indiana?

I’m looking forward to seeing the two QBs. Joe Milton for Michigan and Michael Penix Jr. For IU. Milton took a step back in the second start of his career after looking calm and collected Week 1. Milton has a strong arm, but his accuracy suffered in Week 2, along with decision making to where he made abrupt throws into double coverage, and then on another given play he’d have happy feet in the pocket and hold onto the ball too long. Milton has showed his potential and high ceiling, but this is a week he needs to get back on track.

As far as Penix, he’s an exciting player that can rally the troops when his team is down and score a lot of points in the process. With Michigan’s secondary struggling, it would not be a surprise to see Indiana take some deep shots and find success doing so.

How does this game unfold (including score prediction)?

Indiana has played Michigan tough for quite some time now. It should be no different this time around for the now higher ranked Hoosiers. IU’s win against Penn State was impressive, Michigan’s loss to MSU was a bit of a shocker. It feels like a coin-flip game going into the contest and I believe it’ll be a high scoring game in which Michigan figures out a way to win. Michigan 38- Indiana 34.