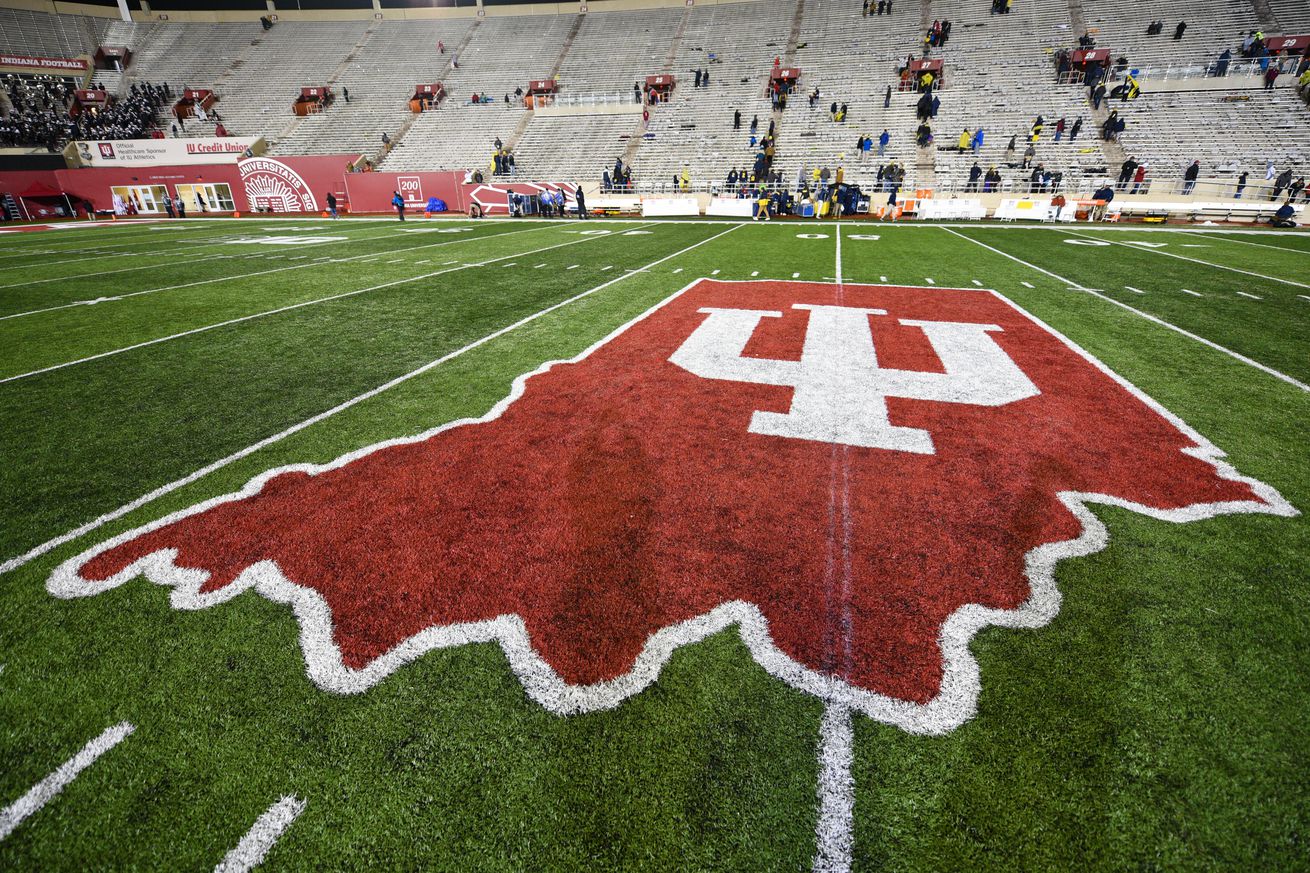 We all want college football this fall, so follow these Do’s and Don’ts for quarantine so that we can return to normalcy and see Michael Penix sling it around the yard

Somehow it was only 15 days ago, and not 15 months ago, when Indiana ended the Big Ten Tournament with a win for the first time ever, Nebraska coach Fred Hoiberg was admitted to the hospital, and sporting events — then society at large — were canceled piece by piece due to the spread of coronavirus.

After exploring the office we inherited, the new Crimson Quarry staff is here to offer your complete guide of Do’s and Don’ts for self-isolation during the outbreak, put into a context that we all can understand.

Seriously, follow this advice — and, more importantly, the advice of respected doctors and health experts — and maybe college football season will be played as scheduled and we’ll get to see No. 23 Indiana (6-1) play Penn State in front of a College GameDay crowd on Halloween in Week 9.

Alabama — freaking Nick Saban — just poached Indiana’s strength and conditioning team. You know, the school that IU fans, after seven Busch lights and three shots of peach Taaka, said they wanted to play when the Hoosiers started 4-0 and put a real scare in No. 1 Ohio State in their fifth game in 2015.

Throw “We want Alabama” out the window.

If the health and well-being of you and everyone you care about isn’t enough motivation to stay indoors for a month or two and sacrifice your comfortable individual daily routine for the greater societal good, then the new owners of the blog that nearly spoke #9WINDIANA into existence beg you to self-isolate so that we can hopefully see what the Hoosiers can do for an encore in the fall.

With that in mind, here’s your complete guide of Do’s and Don’ts during self-isolation:

DO … let your friends and family and that special someone in your life know that you’re doing great and that you’ve been thinking about them a lot since last weekend. A whole lot. Ask them how they are doing.

Germany recently banned gatherings of more than two people. If you’re following social distancing recommendations, then chances are you aren’t getting out much these days.

If you’re quarantining with others, say a roommate or a romantic partner, break out the old board game that caused you to not speak to your sister after Thanksgiving in 2008.

Learn what the hell “Zoom” is and schedule a video chat with friends. I had a 10-person virtual happy hour this week with some old fraternity brothers and it went a long way.

Treat your self-isolation this spring like you’re the head coach at Indiana in 2007 and let those phone calls and texts fly as if no one can subpoena your phone records.

DON’T … hop. Don’t hop to the gym, don’t hop to the beach, don’t hop to your friend’s house. Guess what, Chicago – there won’t even be a marathon to train for if you keep treating every day that the temperature is over 50 degrees like it’s the Fourth of July.

Instead, call out (of) screens — (doors to your neighbor across the street for some much-needed social interaction and fresh air).

DO … get old and stay old, when it comes to your food supply. This roster building approach has been echoed by many across college athletics, and Notre Dame’s Mike Brey — who is 1-4 against Indiana in the Crossroads Classic — is the first coach that comes to mind, which is fitting because getting old and staying old also applies to Notre Dame’s fan base.

Maybe redshirt a few packages of chicken and freeze them for next month. Get some of your back-end rotation players some extra minutes and triple whatever soup or pasta you’re making, then put the leftovers in the fridge.

One-and-done meals like instant ramen or a single-serving box of pizza rolls aren’t sustainable, not at this time in March.

DON’T … listen to your friend who told you, “This kid in my K-204 group has a fraternity suitemate who got Z&C the other day and he totally saw Billy Donovan’s wife on Kirkwood,” or your neighbor’s scoop that said, “My mailman’s old roommate’s aunt teaches at Thon Maker’s prep school and she says he’s really going to commit to IU and reclassify to join the Hoosiers’ 2015 recruiting class.”

Now is the time to tune out anyone who “has a cousin who works for the CDC.”

Not to conflate college basketball recruiting with the worldwide outbreak of a deadly virus, but consider the source. Everyone has heard rumors of city or country-wide lockdowns, supposed martial law or some other society-stopping measure. Some of us have even spread them.

I’m guilty of it, my girlfriend’s guilty of it and whichever one of the “Chicago” residents who was probably driving back to their parents’ four-bedroom, three-car-garage home in Naperville when they saw a herd of military Humvees ominously being moved on a freight train is most certainly guilty of it.

(The Illinois National Guard quickly tweeted that the tanks and Humvees were the military’s, not theirs, and that the military frequently moves equipment via train.)

There’s a reason we value the recruiting predictions that Evan Daniels or Jerry Meyer make on the 247Sports’ Crystal Ball more than those made on Twitter by a random user who has a dog avi, 45 followers, a bio about how he’s a loyal father and husband, and a concerning number of replies to the local Channel 5 weather woman.

It wouldn’t hurt to take a similar approach this spring when reading or talking about rates of infection, “flattening the curve” or potential measures the government might take.

DO … work on that project you’ve been putting off for months. Maybe you have some welding and concrete pouring to do because it’s late in the third quarter on Thursday night and Richard Lagow just found Ian Thomas for a two-yard touchdown pass and Griffin Oakes kicked the PAT to give IU a 21-20 lead over No. 2 Ohio State and bleachers are being ripped from their foundation inside Memorial Stadium. Now’s a great time for those projects and repair jobs around the house you’ve been putting off.

Or maybe you always told yourself you were going to learn Spanish, write a book, win a game of Call of Duty: Warzone battle royale in solos, or learn how to cook.

This is like being in Bloomington over the summer and all of your friends are back in their hometowns or scattered across the country with internships. It’s a Thursday night and you’ve always said you were going to check out a few of the townie dive bars in town — maybe The Bishop or Atlas — rather than defaulting to Roy’s for the third time this week.

It’s now or never. You could stain your deck and feel great about it as you drink a beer on your epoxy-fortified cedar stained porch, or you could once again find yourself on a fairly empty Roy’s patio a few water longs deep with the annoying kid from the marketing class you’re taking over the summer.

The status quo is fine, sure. But this is your chance to try something new and have no excuse not to.

By the way, if you’re lucky enough to still be attending IU, do a townie bar crawl in Bloomington sometime. That was one of my most memorable nights at the bars in college. We drank good beer by the pitcher and ended up playing Skee-Ball in a place that had taxidermy all over the walls.

DON’T … let anyone get within six feet of you, otherwise known as the Zander Diamont Rule.

If you’re following the aforementioned Don’t Hop rule, this shouldn’t be too hard. But in case you’re going for a run around the neighborhood, treat your neighbor with those two friendly Goldendoodles like she’s an Ohio State cornerback. Take a read option around the left end, cut outside and run in the street rather than the sidewalk.

Maybe you’re shopping for basic necessities at Kroger — some bread, eggs, two or three handles of Skrewball — and you run into your old fourth-grade teacher in the liquor section.

She’s not the teacher who guided you in your formative years and taught you how to write in cursive. She’s Ohio State linebacker Raekwon McMillan and you’re trying to pull off an upset of historic proportions. High step your way past the beer cooler.

“Diamont, trying to get to the outside on his feet!”

“Diamont. Touchdown! Seventy-nine yards. Are you believing this!?”

The ESPN camera cuts to sad, unspeakably confused Ezekiel Elliott on the sidelines.