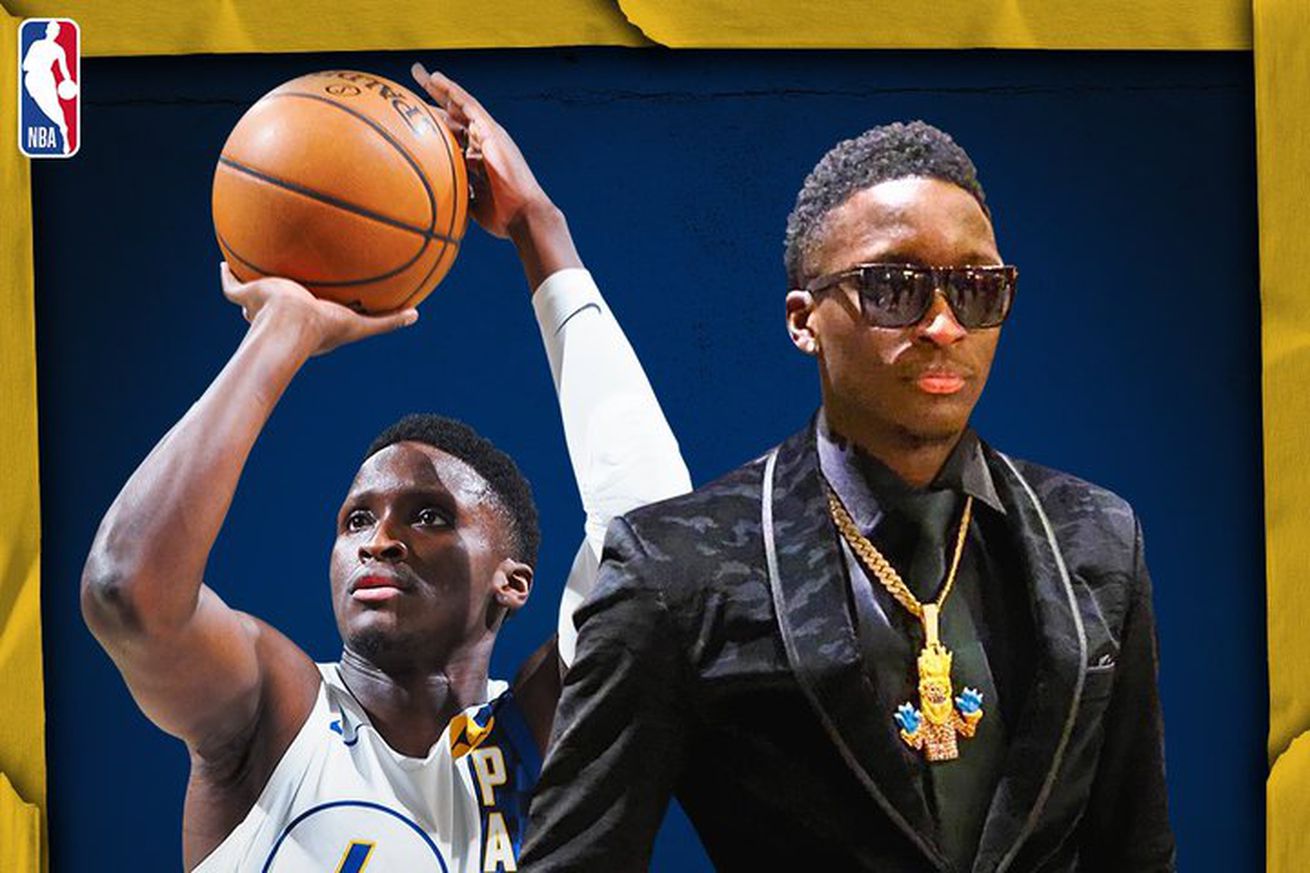 Miss the Pacers? Victor Oladipo will be performing live for fans who are home-quarantined today at 3:00 PM.

Just because the NBA is on hiatus doesn’t mean that Victor Oladipo can’t regale fans with his innumerable talents.

Joining the work from home trend, the two-time All-Star is set to bring the entertainment straight to you at 3:00 PM EST via Instagram Live:

@vicoladipo of the @pacers will be going live on our NBA Instagram at 3:00pm/et TODAY for a concert with some special guests! #NBATogetherLive

Billed as a special musical performance with unnamed “celebrity guests,” we can only assume this means Thingamajig is reuniting with the gang from The Masked Singer, right? RIGHT?!? After all, this thing is going to be streamed on the league’s official account, so he’s gotta keep it PG, and what could be more PG — and fitting for this viral era in which we are currently living — than performers decked out in mascot-like protective gear? Also, can Boomer get in on this action?

If not, old pal and IU teammate Cody Zeller, who has been trying an array of new things while holed up inside, was kind enough to offer up his very raw musical skills in the comments section of Oladipo’s instagram, writing in jest, “Can’t wait to be one of your celebrity guest performers! Warming up my guitar now!”

Yesterday I decided that I was going to teach myself how to play guitar. I gave up after lesson 3 of a YouTube tutorial and my fingers hurt.

I’m realizing that there isn’t much in life that actually I’m good at other than basketball! And honestly some would even argue that!

Feel free to share your best guesses as to who will be joining Oladipo for the virtual concert, as well as anything else Pacers-related in the comments section, and most of all: stay well!

An important message from V.O.