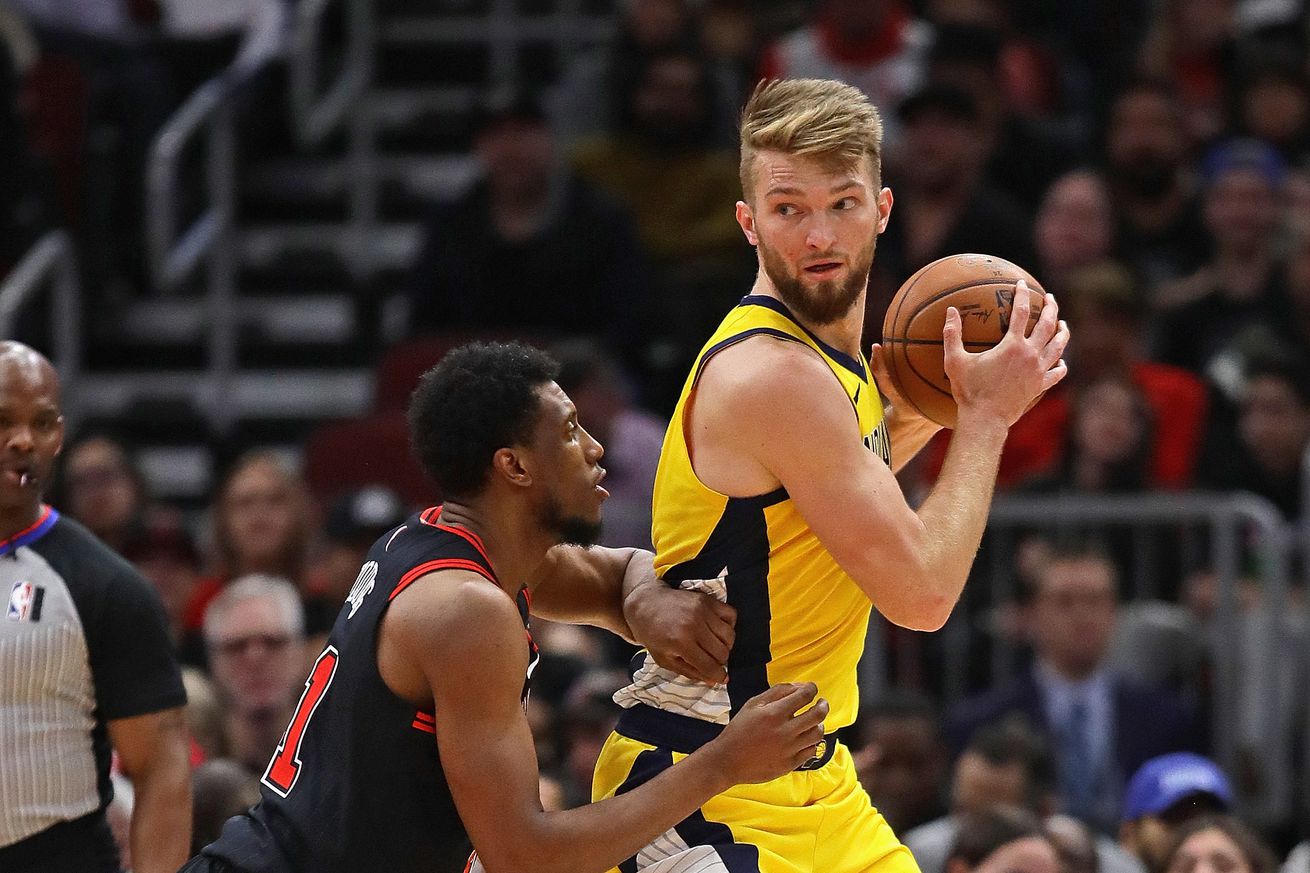 Four players standing on the weak-side **probably** isn’t going to be enough in a playoff environment.

(Hey everyone. First of all, I hope you are all safe and healthy. We obviously don’t know when basketball will be back this season, or if it will be back this season, but I thought maybe we could all use another distraction while social distancing and in-between hand washes. Hopefully, this satisfies that need, or at least provides you with a place to congregate and check-in with each other. Be well!)

When it comes to forcing Domantas Sabonis to finish with his off-hand, many have tried, but few have succeeded. Per Synergy, the lefty big man has only turned over his left shoulder, whether setting up from either block or flashing middle, on 16 percent of his post-up possessions. Furthermore, he’s also right-handed just 16 percent of his shots classified as hook shots. Instead, when an opponent sits on his right hip and attempts to take away his ability to turn over his preferred shoulder, he generally does one of two things.

He either counters with a running hook and still gets back to his left hand through shear force of strength, or he wriggles his way out of tight spaces with adroit footwork and body control, teasing his man toward the baseline with a reverse dribble before rapidly pivoting back in front of the basket for a lefty jump-hook.

With power and polish like muscle memory, nullifying the first-time All-Star’s physicality calls for an exaggerated game-plan and a stiff upper lip, which means the Pacers need to take note of some of the ways in which those who know him best have limited him most — especially once the playoffs roll around (whenever that may be).

In Chicago, for instance, old pal and fellow lefty Thaddeus Young looked as though he had written the scouting report on how to stop Sabonis on the right block; first, walling off the big man’s ability to turn middle, and then anticipating his tendency to spin baseline.

Over on the opposite side of the floor, in what was another showdown of two former teammates, Steven Adams unlocked the rare achievement of getting Sabonis to switch hands by putting the clamps on his right shoulder.

Granted, Sabonis was successful in getting that field goal to go with his weak-hand as a last resort; however, as his 8-of-22 conversion rate on right-handed hooks suggests, those shots aren’t always quite that smooth. Consider, for example, the clunky result of this isolated incident of lefty-on-lefty crime courtesy of New York’s Julius Randle:

In an effort to avoid those sorts of encounters, Sabonis also occasionally suffers from the concept of “just because you can doesn’t mean you should.” Yes, if he pivots around enough times with the ball in his hands, he can get back to his left hand. But are these really the types of shots the Pacers should want?

After all, with increased defensive attention, his overall conversion rate on hook shots this season (38.6 percent) has atrophied compared to last (48.5 percent), and his passes out of the post have actually yielded the Pacers +.403 points per possession over his field goal attempts in the post, albeit on less than half the volume.

And yet, knowing this, take a look at the surrounding floor spacing on this possession against the Bucks.

No one takes away the rim better than Milwaukee, so merely cutting through for a post-isolation against a throng of defenders isn’t likely to get it done, especially with a non-shooter dotting the perimeter. As such, in order to take better advantage of those potential shifts in gravity, Turner should be treating the paint like hot lava and spreading to the perimeter at the same time as T.J. McConnell, preferably, would be setting a back-screen for Aaron Holiday as the post-feeder.

Had those things happened, Sabonis would’ve been able to throw a dart to T.J. Warren in the corner when Wesley Matthews came over to double without also being encumbered by Eric Bledsoe on the high-side. Instead, he ended up forcing an errant shot going 1-on-3, which the Bucks then rapidly converted into fast-break points.

All of which is to say that, whether being game-planned for with regard to his left-hand dominance or simply swarmed by double-teams, Sabonis needs the Pacers to assist him in making the post a more consistent vehicle for assists.

Because, when push comes to (literal) shove, taking away his ability to turn over his right shoulder should only be as ominous as his sight lines are clouded.