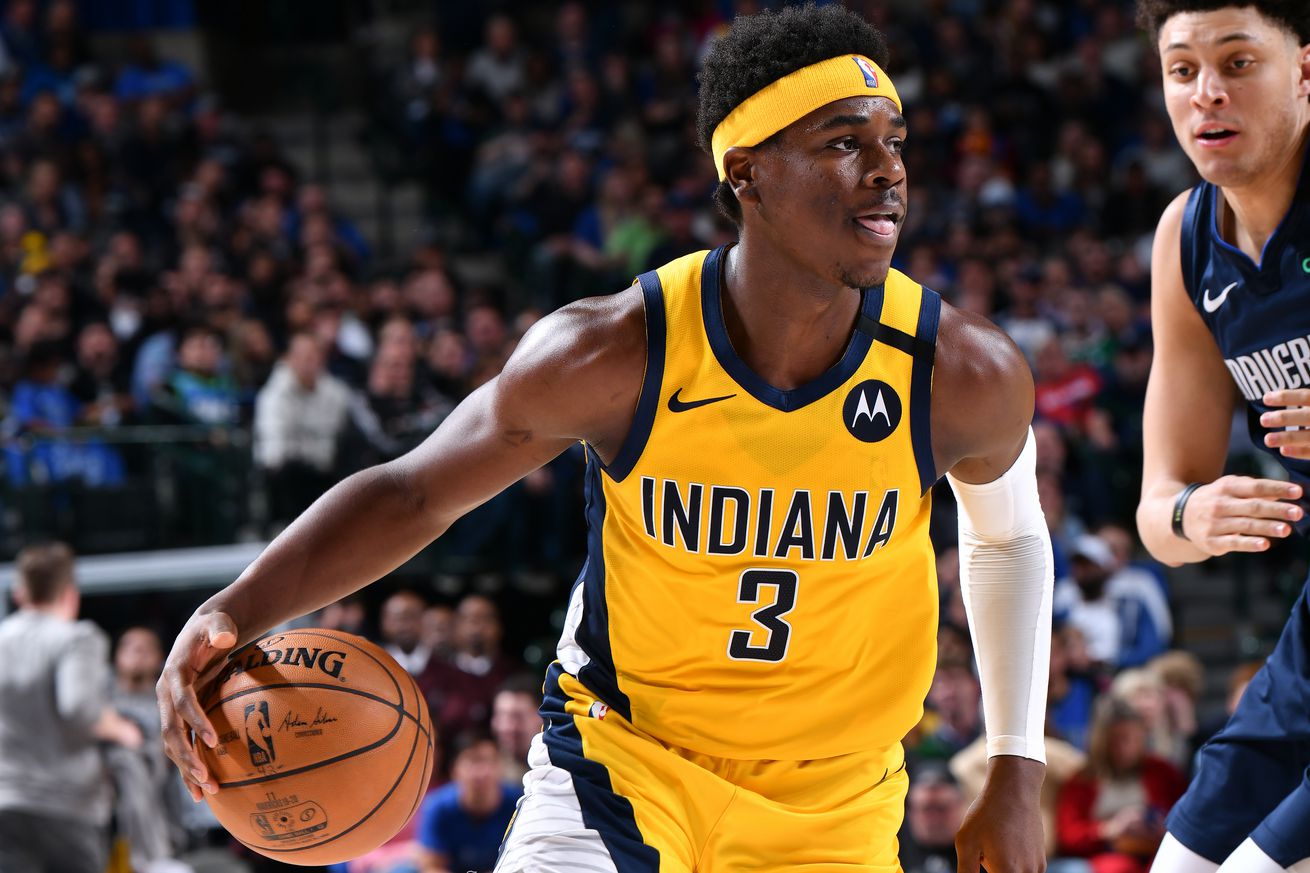 How Aaron Holiday factors into the future.

I normally avoid looking too far into the future, but I’ve been locked inside my apartment for over a week with no basketball. I’ve already spent countless hours thinking about how the Pacers contend for the 2029 Larry O’Brien trophy; digressing to look at only next season is a positive step for my sanity.

With the unfortunate injury to Jeremy Lamb, he will almost certainly miss significant time next season. Jeremy excelled in his first season as a Pacer, thriving as the initial starter at two-guard, and was transitioning back to his role as a bench scorer and sixth man prior to injury.

Who steps up in Lamb’s absence? I’m banking on Aaron Holiday.

Through 108 career games, I’m still not sure what to make of Aaron. With an expanded role on this year’s team, he’s shown improvement, but with Lamb’s absence, the Pacers need a significant leap from Aaron. I can’t stress enough, I love Aaron’s game and he’s grown a ton this year, but it’s important to point out areas for improvement.

Aaron is a high intensity player, a Holiday brother staple. Although routinely the smallest player on the court, he’s regularly seen diving for loose balls and is very active and engaged on the defensive end. Per NBA.com/stats, Aaron averages 1.7 deflections per game, tied with the likes of Pascal Siakam and Paul Millsap.

This stat isn’t the be all end all, but it’s helpful. While snagging a steal turns defense to offense and shows up in the box score, deflections are just as effective at disrupting a team’s offensive flow.

Aaron’s never going to be an All-Defensive team candidate due to his size limitations, but his effort and defensive IQ are instrumental to keeping him on the floor. Smaller defenders routinely get abused in the pick and roll (cough cough Isaiah Thomas), but Aaron surprises larger guards with his strength and has improved his off-ball defense. He gambled a ton last year jumping passes, and while he still plays the lanes, he does it in a much more even-keeled manner.

Aaron has also greatly improved his ability to take and make the three this year after an underwhelming shooting performance last season.

Per NBA.com/stats, Aaron hit 42.4% of his catch and shoot three’s this season, a nearly 4% improvement from his rookie season. He’s also improved his pull-up shooting, hitting 26/77 (33.8%) of his 3-point pull up attempts this season.

For reference, he’s hit those shots at a higher clip than Bradley Beal (33%), Jamal Murray (32.5%), and Fred VanVleet (32.4%). This is not to say he’s a better shooter than these three, but nonetheless an interesting stat! The importance of his reliable floor spacing cannot be stressed enough.

Aaron is labeled as a point guard, but is really more of a shooting guard who defends points because of his smaller size. He’s been a solid off-ball shot maker, but when Aaron has to create with the ball in his hands, we run into problems, primarily in pick and roll.

Per NBA.com/stats, Aaron is scoring .72 points per possession out of the pick and roll, which is in the bottom 28% of the league (minimum 10 minutes played per game), and in the bottom 10% of players who run 3 or more PnR’s a game. The number’s back up much of what we see on court.

Another play from Aaron Holiday where he basically busts the zone on his own. A pull up 3 over Ibaka is tough but he’s playing well right now. pic.twitter.com/zjO5ZupDRs

The result of this play is great, but also indicative of Aaron’s play style. He’s a very fast quick-twitch player, but his handle is not at the same level and often prevents him from reaching full speed with the ball in his hands.

His ability to make this shot is tremendous, but if he were able to take Serge Ibaka off the dribble here, it’s likely results in a much easier shot. If he cuts hard to the paint and forces Ibaka to turn in help, there isn’t a layup open for him, but Siakam would have to help off TJ in the corner, or Vanvleet helps off Jeremy at the top of the key.

Splitting a double team isn’t a cake walk, but if Aaron can develop his handle to do it consistently, it makes it much easier for him to breakdown the defense and generate easier shots for the offense.

Aaron Holiday is a remarkably fast player, but he’s still not quite in rhythm. Basketball is like music; whether it’s a nocturne by Chopin, power ballad by Def Leppard, or rugged bars and flow from Freddie Gibbs, the cadence is essential. A half-step early and the whole song is thrown off pace. A misread of the passing lanes leads to a throw down 94 feet back at your basket.

When Aaron starts to slow down and find his rhythm, we’ll start to see that speed shine through. How Aaron develops this summer will be a significant factor of next season’s success and I can’t wait to see how he progresses.