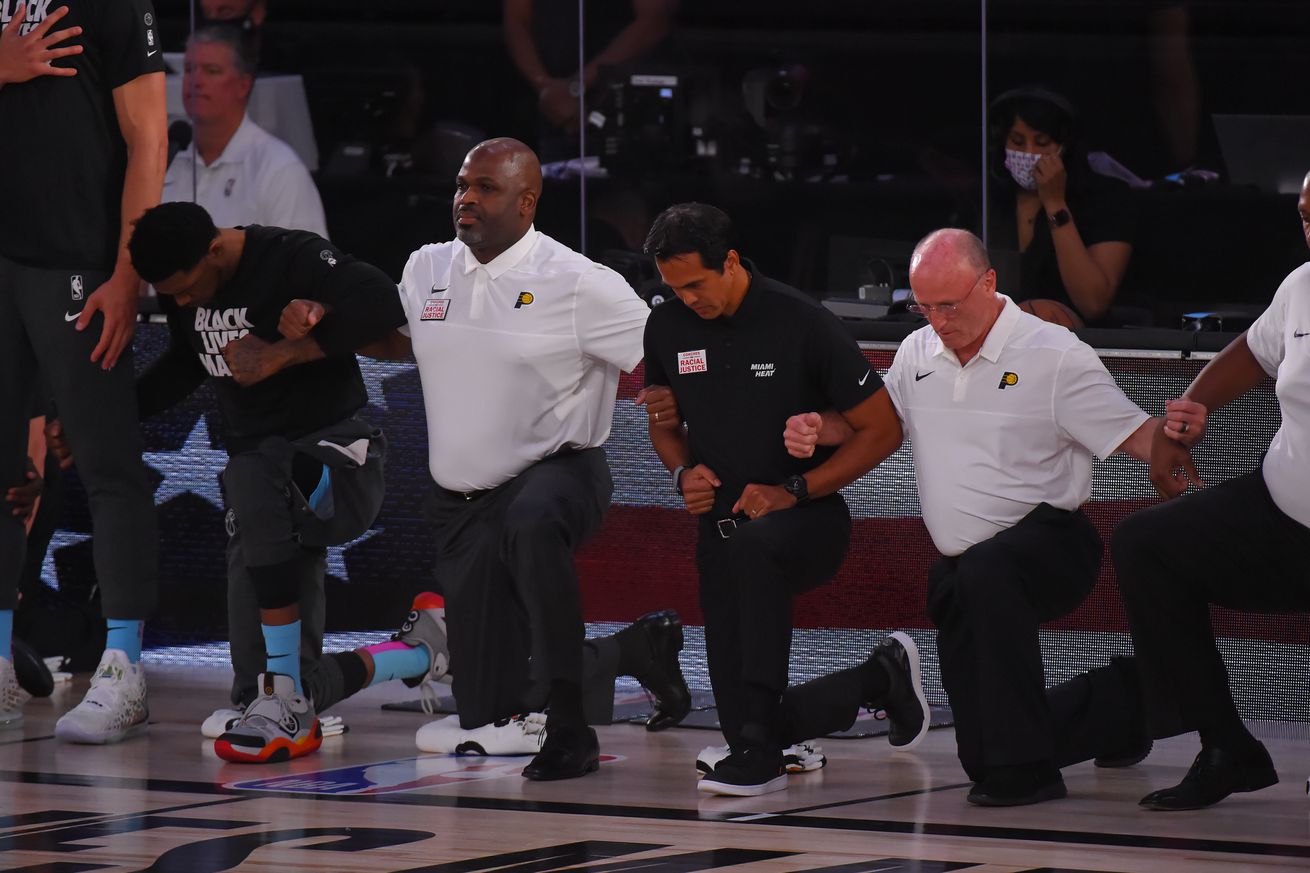 Per Adrian Wojnarowski of ESPN, Nate McMillan and the Pacers have agreed to a contract extension “McMillan, who had one year left on his deal, finalized a deal in recent days, sources said.”

Nate McMillan is not a perfect coach. The offense can be clunky, the Pacers don’t shoot a ton of threes, the ATO’s and last minute plays often aren’t great. I’ve talked extensively about all these things. All of that being said, Coach McMillan deserves this extension.

The team finished 42-40 in Paul George’s last season and were swept by the Cavs in the playoffs. That team wasn’t deep and was a 7-seed that had no business beating Cleveland.

In a year that was supposed to be a reloading and retooling year, the Pacers were the surprise of the NBA, going 48-34. Victor Oladipo and Domantas Sabonis became high level contributors on a playoff team with Vic making All-NBA and All-Defense.

The team had unarguably their best playoff run under McMillan, taking the 4th seeded Cavs and LeBron James to seven games in a first round series for the first time in LeBron’s career. The Pacers had no way to contain him as he torched the defense for 34 points per game on nearly 66% True shooting.

It was a very tight series barring Game 6. The series could certainly have gone either way, but the Cavs had the best player on the court in the series and at the end of the day, that matters most.

I understand frustration from the 17-18 series because of how close the team came, but I do not understand the complaints of last year.

Prior to Vic’s injury, the Pacers were 32-15, on pace for 55.5 wins and a top 3 seed in the East. After his injury they went 16-19 and largely looked like a team that would be outside the playoffs after a solid stretch post-injury.

Without Vic, the team was completely over-matched against a Boston team loaded with talent. The team relied on Bojan Bogdanovic, Darren Collison, and Tyreke Evans to create in the half-court and none of those players were at a level to produce in the playoffs as a primary option. That team was built to compete around a healthy Vic, and that wasn’t the case. The series was close and that’s commendable, but not having a player who can create for themselves in the winding moments is killer and we saw that in last year’s series.

Prior to Vic returning on January 29th against the Bulls, the Pacers were 30-17 and on track for 50+ wins much like they were in 18/19. This is not an indictment of Victor, but there were kinks that had to be worked out with his return; he played with new lineups that had already coalesced without him.

The team dripped six of the next seven games before righting the ship to go 12-15 to close the season before the shutdown.

Now we’re headed towards the playoffs likely without Domanatas Sabonis or Jeremy Lamb and Victor Oladipo is still not 100%.

The team has shown flashes operating with new lineups, but missing an All-Star is going to be difficult over a seven game series. I’m not trying to create excuses, but this may now be a second straight playoff series without significant players.

When this team is healthy, Nate McMillan has consistently built them towards being a top team in the league. I’d argue that he pushed this team in the 17/18 series to their max and there are few coaches in the league who would’ve won that series. We have a tendency to overrate the impact the coach has in a game and underrate what they do in the locker room or practice facility. Nate has continually fostered a great culture in Indiana and given this team an identity, which is vital.

While Nate hasn’t won a first round series, I posit that we shouldn’t have expected this team to win a first round series given their ability and health going in. Some may call that a losing mentality, I think it’s just being realistic and not creating false standards and expectations. Coach McMillan has been a very good fit in Indiana and done some great things for this team. He certainly deserves the opportunity he’s been given to continue to coach this team.

The Pacers have a chance to contend based on how they play their cards over the next few seasons. I have no doubt we’ll get a chance to see what Nate can do with a healthier roster in the playoffs.