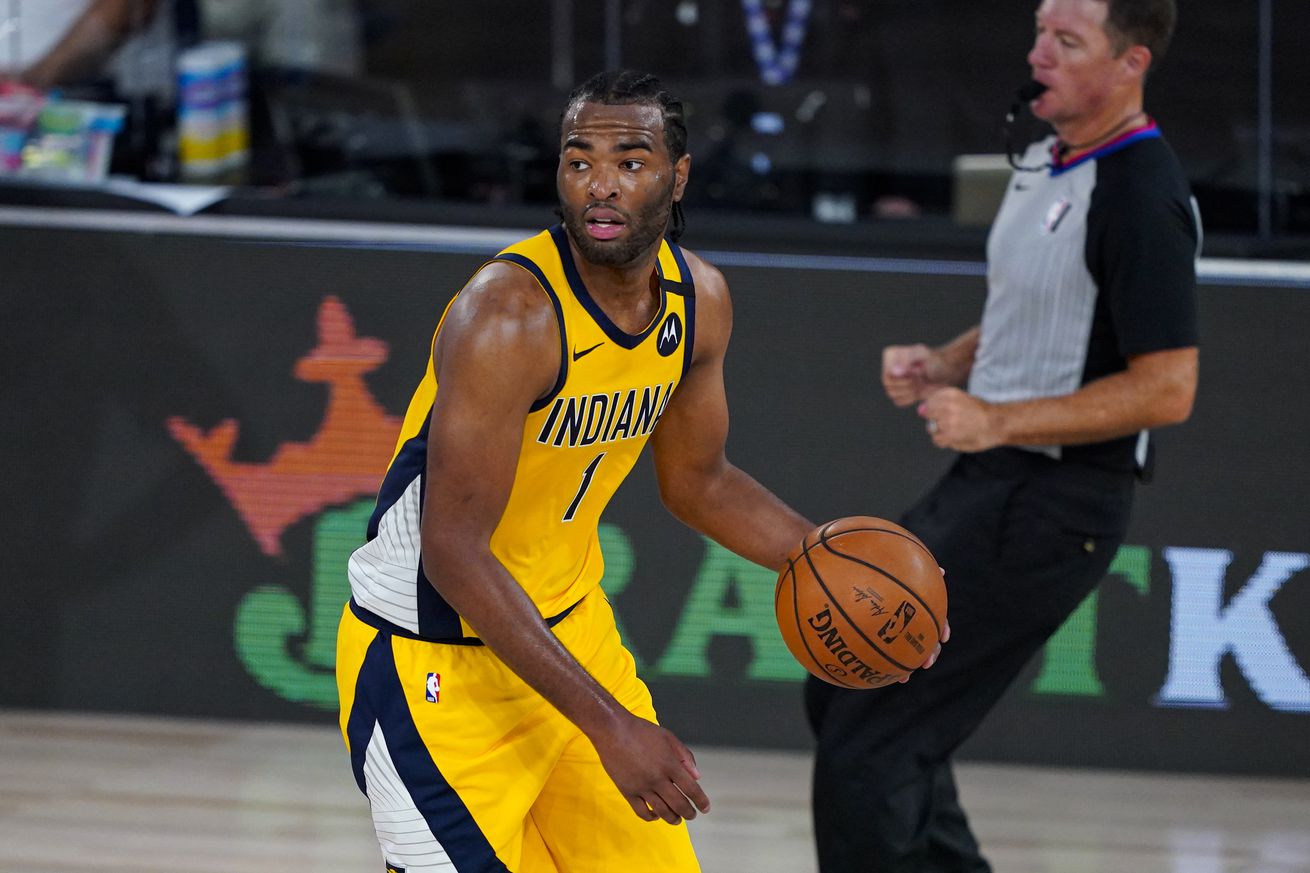 T.J. Warren’s excellent bubble performance in the eight seeding games was rewarded with a First Team nod. Damian Lillard was named the Player of the Seeding Games.

The Indiana Pacers had one of the more successful NBA bubble seeding game campaigns, finishing 6-2 and moving up to the four seed ahead of their first round matchup with the Miami Heat. With Domantas Sabonis missing all eight regular season games, the Pacers were able to overcome his absence thanks in large part to the elevated play of T.J. Warren.

Warren averaged 31.0 points and 6.3 rebounds in six games, finishing third in the league in scoring behind Damian Lillard and James Harden. Warren burst into the bubble with 53 points in a must-win game against Philadelphia, carrying that play over into three more 30-point outings, hitting clutch shots late against Philly and the Lakers, finishing with 39 in the latter.

How Warren got to those 31 points is incredibly unique among the top five scorers in the bubble. Lillard and Harden, along with Luka Doncic, got to the free throw line with 3-4 times the frequency, each averaging double digit FT attempts in the seeding games. Warren meanwhile averaged only three per game, five attempts against Washington being a bubble high. Warren shot 57.8% from the floor as a result, including 52.4% from three point range, falling just shy of a 50/50/90 bubble by shooting 88.9% in his free throw attempts.

Warren’s excellent play was rewarded with a spot on the All-Seeding Games First Team.

Warren was joined by Lillard, Harden, Doncic, and Devin Booker as the bubble’s biggest standouts. Lillard was named the Player of the Seeding Games as he helped guide Portland into the playoffs. For posterity, Warren was the lone Eastern Conference player named to the First Team, making him the East’s top player in the seeding games. Giannis Antetokounmpo and Caris LeVert were the Eastern Conference players named to the Second Team.

The Pacers will need Warren to live up to that distinction in the first round matchup against Miami. Warren posted his worst game of the bubble against the Heat, scoring just 12 points on 5-14 shooting. The series will kick off on Tuesday at 4 p.m. Eastern.