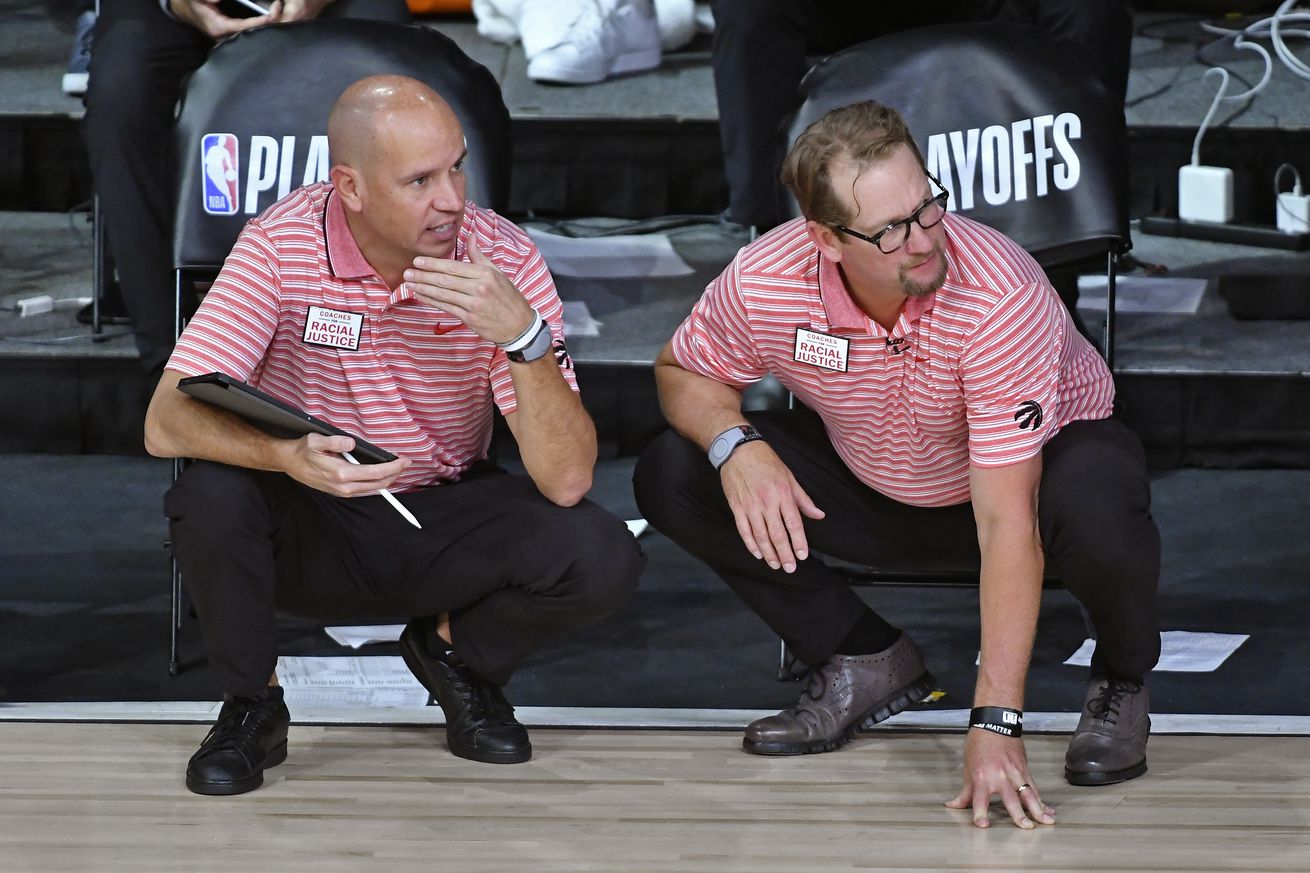 The Pacers new coach is eager to get to work with his new players.

The Pacers officially introduced new head coach Nate Bjorkgren to Indy on Wednesday morning when he and Pacers pres, Kevin Pritchard took part in a Zoom call with the media. The two also appeared separately on the Dan Dakich Show and then Bjorkgren chatted with JMV in the late afternoon.

Bjorkgren’s backstory was often a topic since it is so compelling as he went from successful high school coach to unpaid G-League assistant for Nick Nurse and then worked his way up to his opportunity with the Pacers while enjoying plenty of winning along the way.

That’s all great, but by this time next year Pacers fans will be more interested in the story of the upcoming season and the direction of the Pacers. The new coach has a plan for this team even if there is no turnover on the roster.

During the press conference and on radio interviews throughout the day, Bjorkgren repeated his thoughts about the current Pacers. He feels the team is ready to raise their level of play, take on more challenging assignments and set themselves up for post-season success.

That means adjusting on the fly, altering defenses whether it be playing zone, man-to-man or a box and one. Bjorkgren mentioned the high basketball IQ of the players and after initial talks with the players he knows they can mix things up on the fly and make it work on the court.

The new coach spoke of expecting his team to be “very disruptive” and “very aggressive” which brought back memories of old coach Frank Vogel taking over and talking about smashmouth basketball. Let’s hope Bjorkgren has similar success in turning around the approach of his team.

Pritchard mentioned expecting the Pacers to play faster and put pressure on opposing defenses with a quicker pace explaining that the Raptors were into their offense by the 20 second mark last season compared to Pacers starting at 15-second mark last year.

Bjorkgren also want to experiment more in the regular season and utilize more players in different situations so that they are ready for any situation in the playoffs. To that point, Pritchard gave the example of playing Alize Johnson 30 minutes in a game here and there to see impact the active forward could have in certain matchups.

But Wednesday’s media blitz was all about talk. Now it is time to put those words into action.

Check out the links:

The Ride with JMV podcast

Kravitz: Will Nate Bjorkgren’s creativity give Pacers the boost they need? – The Athletic

Should the Pacers Trade Their Franchise Star Again? – The Ringer