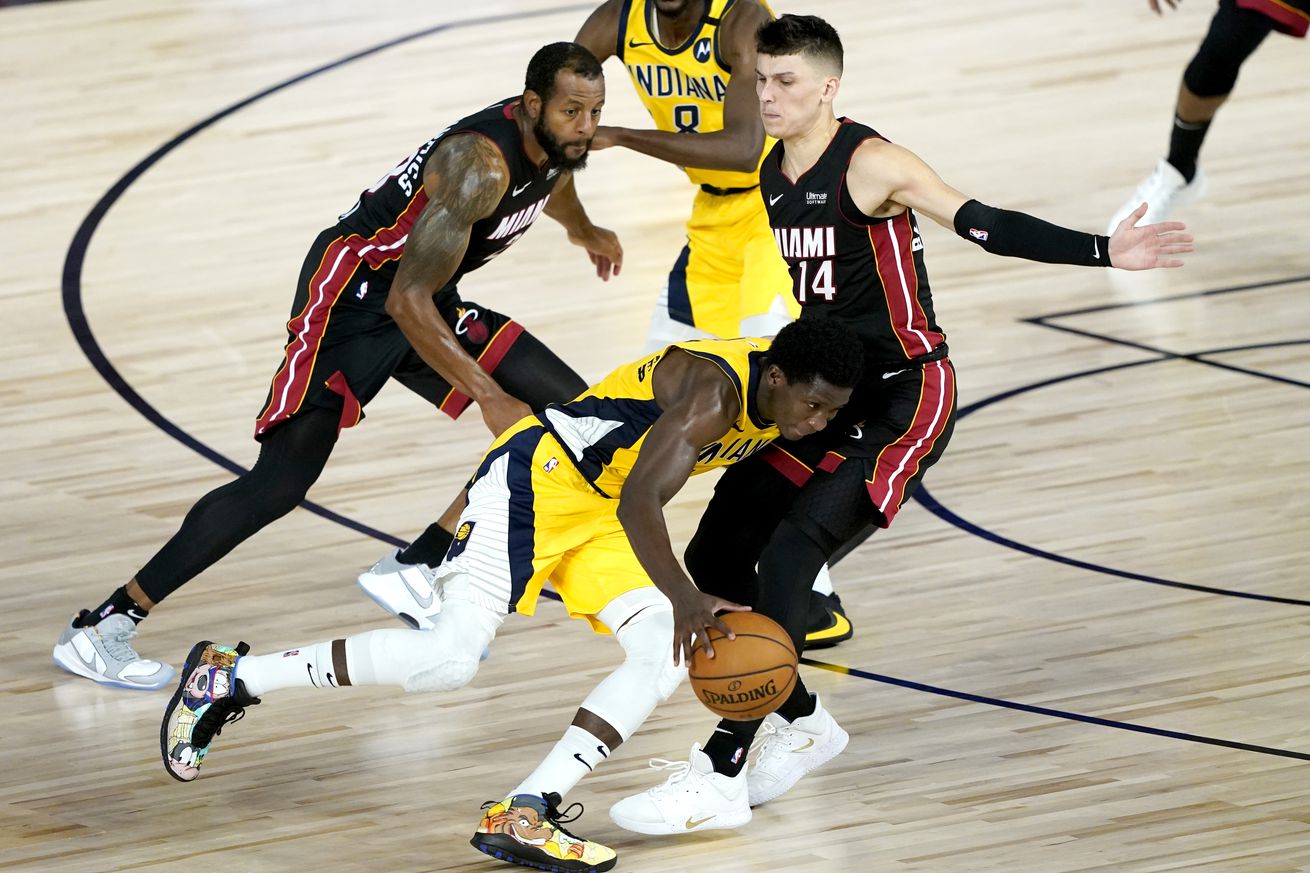 It is fight or fade time for the Pacers in the NBA bubble.

The Pacers try to keep their playoff hopes alive, hunting for a win in Game 3 against the Heat.

The Heat remain a brutal matchup for the short-handed Pacers but particularly so when Duncan Robinson is on fire from three, as he was in Game 2. If he’s a problem again, the Pacers will have to adjust with Edmond Sumner and/or Justin Holiday being his shadow.

But regardless of how the Heat have it going, and they do have a few fruitful ways to attack, the Pacers simply have to play better than they did in Game 2. This is team that is known to outwork their opponents, but when the Heat are working just as hard, the Pacers have lacked the sense of urgency to push their past their limit.

We’re still waiting for a Pacers, any Pacers to rise up and have a monster game that can tip the outcome in their favor. Now would be a good time, if not the last time, for a player or three to say, “Not today, we are winning this one.”

Please leave your thoughts and observations on the game in the comments.