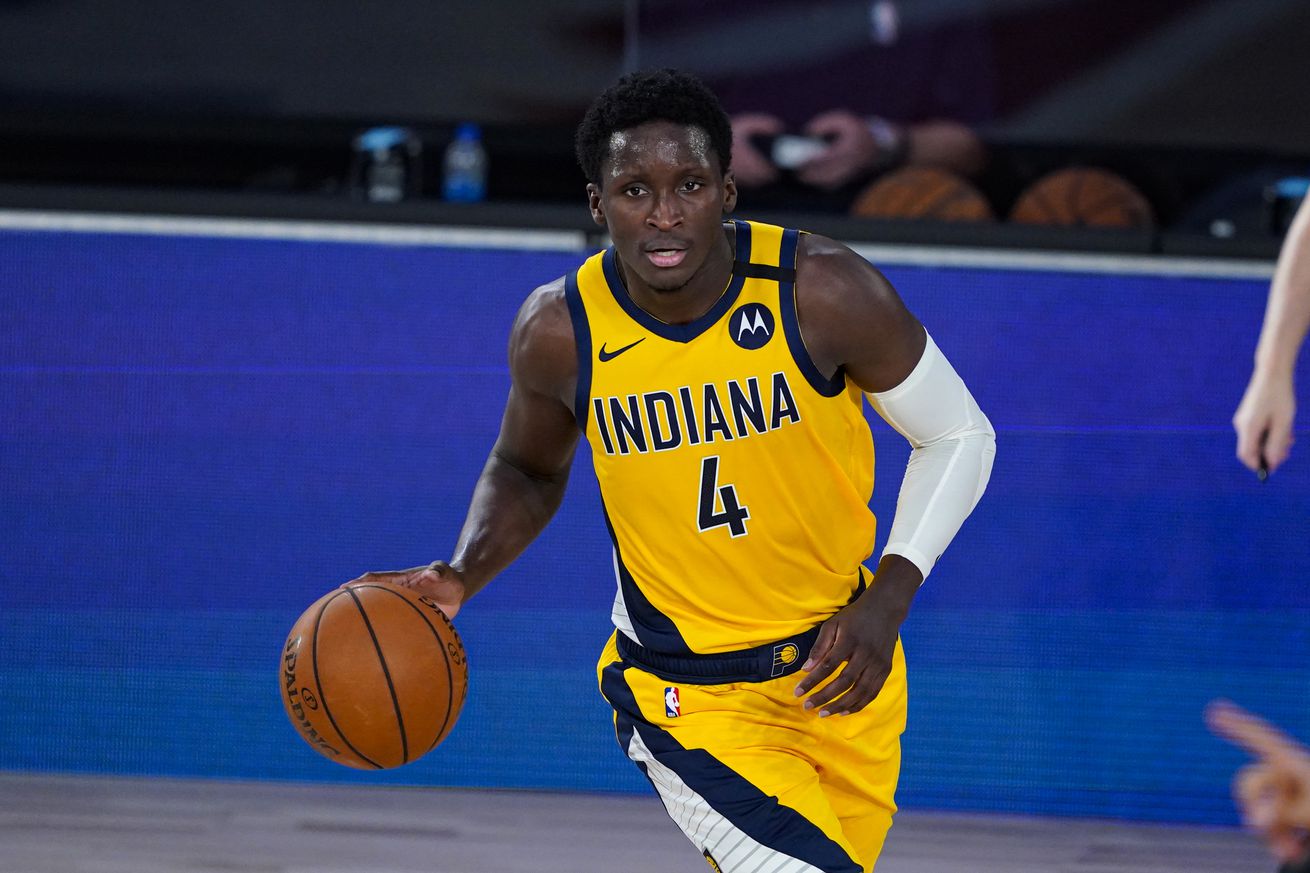 Indiana jumped out to a quick lead against Orlando to secure their third straight victory. T.J. Warren led the Pacers with 32 points.

Piecing together perhaps their best half of the entire 2019-20 season, the Indiana Pacers put the Orlando Magic in their rearview early, using a 21-point halftime lead to their advantage in completing their third straight bubble victory. The Pacers never trailed in this one and effectively closed the door early by jumping out to a 19-3 lead.

The Pacers led 43-22 after one, riding high on 70% shooting as a team and a perfect shooting quarter from T.J. Warren, who had 17 points after one, just throwing the ball at the rim and getting it to go.

T.J. McConnell took center stage in the second quarter, bouncing back after a tough showing in yesterday’s game, helping the Pacers push past an early malaise to maintain their 21-point lead heading into the break. Whether back-to-back fatigue or better resolve from the Magic, the second half was a much rougher showing from the Pacers, who spent the majority of the half nursing their lead rather than building upon it.

While Nikola Vucevic stepped up in the second half, Orlando was also able to benefit from familiar foe Terrence Ross, who burned Indiana defenders thrice on three point fouls. Even with Orlando inching closer throughout the half, the Pacers were able to make enough plays to keep it from getting to close.

The Pacers wrapped up the 120-109 victory to move to 42-26 on the season and 3-0 within the Bubble despite being outscored 59-49 in the second half. The Pacers shot well above 60% in the first half, but saw that number drop to 55% by the end. Indiana’s success again was driven by turnovers, outscoring Orlando 23-12 in points off turnovers while committing just seven for the game.

Warren again was the catalyst to Indiana’s success, scoring 32 points on 13-17 shooting. Warren was perfect in the first half, eventually cooling off a bit in the second half to—

You know what? Nevermind.

Warren’s opportunistic defense helped him to three steals in the game. The third came in the closing seconds, but he was again perfect in converting points off turnovers until that point, with he and the Pacers scoring off both steals. As a team, the Pacers scored on eight of their 10 team steals.

For the three bubble games, Warren’s point total has been 119, which ties him with Jermaine O’Neal for most in a three game stretch in franchise history. That’s impressive on its own, but it’s unreal when seeing him obliterate the 50-40-90 threshold, going 65-60-91 in these three games.

Indiana got great secondary scoring from Myles Turner, who finished with 21 points and six rebounds, leading the way with the opening bucket. Turner joined Warren in going 4-5 from three point range on the night, eventually taking advantage of Orlando’s sagging defense to pull the quick trigger on a pair of perfect releases in the fourth quarter, dropping the Magic behind by 18 on both shots.

Aaron Holiday joined Warren early with a pair of threes as part of his 12 points. He also found Warren on his first three in the opening 10-0 run, finishing with four assists. Malcolm Brogdon had eight assists himself. Both players were in a real groove offensively early, getting Victor Oladipo involved for a nice first quarter

Oladipo returned to action after resting against Washington, scoring 13 points in a supporting role. The Pacers were less effective in the second half, so getting Oladipo in the lineup to help give them a bit of a boost on the defensive end was a welcome sight. Both of Oladipo’s steals came in the third quarter, helping eventually push them back to a 20-point lead late in the third.

T.J. McConnell bounced back nicely after struggling in yesterday’s win, scoring 12 points off the bench with five assists and four boards. Part of that could have to do with his familiarity with former teammate Markelle Fultz as McConnell sliced and diced Fultz’s defense with surgical precision, setting up a nice layup line in the second quarter especially.

McConnell’s boost within the second unit was much needed especially as Justin Holiday and Doug McDermott continue to struggle finding themselves on the floor. Holiday finally found the bottom of the net with a three, but the two combined for just 1-7, bringing their total to 2-19 from deep. JaKarr Sampson had a solid second half, however, scoring six of his eight points to end the third and start the fourth, busting out some Sabonis-esque post moves to also help keep the lead at or around 20 points.

Tonight’s win helps the Pacers keep pace with Miami for fourth in the East, also gaining a game on third seed Boston, who lost to the aforementioned Heat tonight. The Pacers improve to 8-2 in their last ten games, which happens to be the best 10-game mark in the league.

After completing a perfect back-to-back, the Pacers will be off before taking the court again on Thursday against the Phoenix Suns in an early 4:00 p.m. Eastern tip. The Pacers haven’t lost to Phoenix since 2016, but the Suns have been one of the more impressive teams in the Bubble, improving to 3-0 themselves with a buzzer beating win over the Clippers.

It will also be the second game between Warren and his former team. The Pacers blasted Phoenix 112-87 in January, led by Warren’s 25.