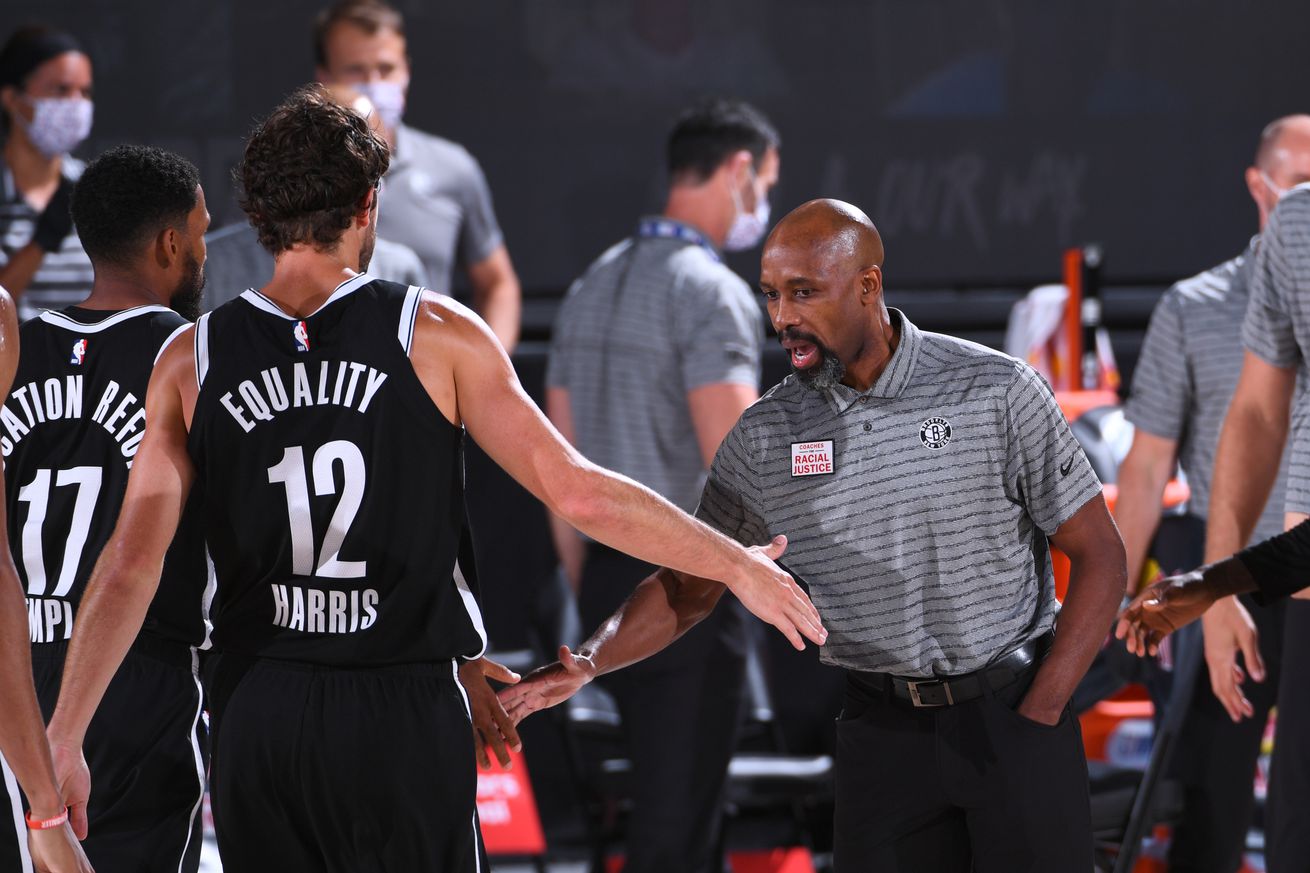 Indiana is casting a wide net for the team’s next hire.

With only two weeks having past since Nate McMillan was dismissed as head coach, the Pacers are reportedly preparing to conduct their first round of interviews with a litany of diverse candidates.

Nets assistant coach Jacque Vaughn, who was thought to be staying on as Steve Nash’s right-hand man in somewhat of a back-handed demotion after exceeding expectations and leading an injury-depleted Brooklyn squad to a 5-3 record in the Orlando bubble, is also expected to draw consideration, per Wojnarowski, as is former Kings and Grizzlies head coach Dave Joerger.

Like Vaughn, Joerger has an abundance of experience under his belt, but lacks in comparable reputation as a “player’s coach,” having clashed with Marc Gasol in Memphis as well as Buddy Hield and the front office in Sacramento. That said, while the 46-year-old tactician’s ability to get along with people seems like an obvious red flag for a team in search of a modern communicator, Joerger does have a proven track record of dialing up the pace with the Kings — an adaptation which not only failed to carry over under current head coach Luke Walton, but also highlights his willingness to morph his previously plodding, defensive-minded system around the strengths of his roster.

Among the assistants named, Delany (2013-14) and Craig (2015-16) have each spent a year on assignment as G League head coach with the Miami Heat, with the latter capturing a championship and earning Coach of the Year honors, while Tibbetts also logged two seasons at the helm of the Tusla 66ers, compiling a 66-41 (.610) record.

Udoka and Vanterpool, along with Mosley, are currently employed as defensive coordinators but also have strong records for connecting with players. Udoka, who is reportedly a leading candidate with the Chicago Bulls, famously convinced LaMarcus Aldrdige to sign with the San Antonio Spurs on a chartered flight before later joining Brett Brown’s staff in Philadelphia, whereas Vanterpool has drawn praise from the powers that be in Minnesota for his basketball knowledge as well as his ability to foster relationships.

“David is someone I have had a great amount of respect for throughout his time in Portland,” said head coach Ryan Saunders at the time of Vanterpool’s hiring. “His ability to connect with players and create lasting relationships is something that will be critical for us.”

Hammon, meanwhile, like Vaughn, Udoka, Hardy, Ham (by way of Mike Budenholzer in both Atlanta and Milwaukee) and Lee (also Budenholzer) comes from the Gregg Popovich coaching tree in San Antonio, where Kevin Pritchard, notably, spent time as a scout while he was climbing his way up the NBA ranks.

Though absent from the first round of interviews while continuing to coach the Rockets in the second-round of the playoffs, Mike D’Antoni also has been rumored to be in the mix, pending what both sides ultimately decide about his future in Houston. Rockets general manager Daryl Morey recently spoke out in support of D’Antoni, telling USA Today’s Mark Medina that a new deal for the head coach is Houston’s “No. 1” priority in the offseason, but TNT’s Jared Greenberg reported during Tuesday night’s broadcast of Game 3 between the Lakers and Rockets that a source close to D’Antoni told him, “Mike’s pleased that Daryl (wants him back this summer), however it will be up to Mike to decide whether he will return or not.”

Given that the 69-year-old offensive innovator was offered only a slight raise last summer, those remarks could be interpreted as an attempt to negotiate for a higher base salary through the media or seen as a potential sign of interest in a change of scenery. In any case, the Pacers have a very long list of candidates to choose from.

Jacque Vaughn has overachieved, but will that be enough?

A closer look at Will Hardy