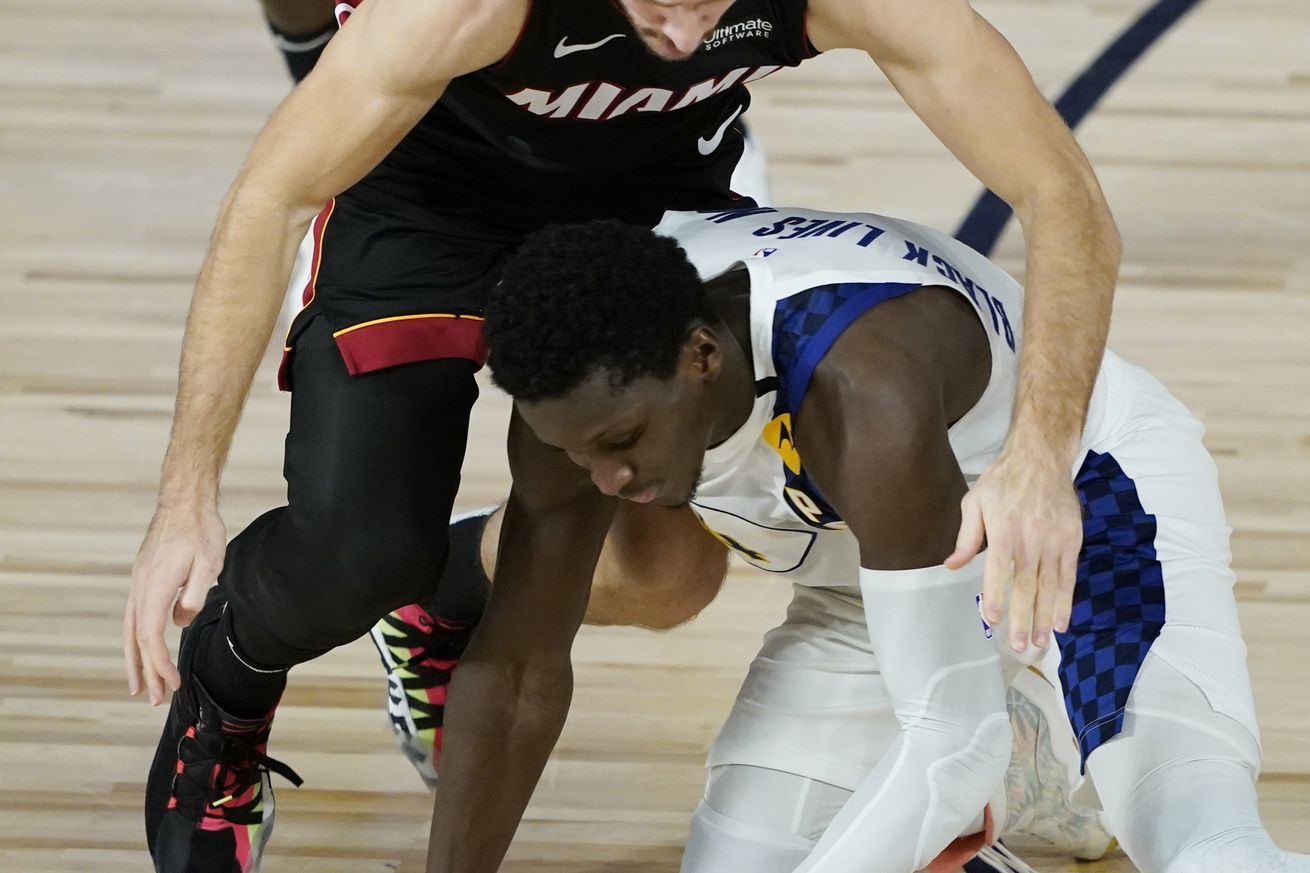 Indiana had no answer for Miami’s offense in the fourth, falling flat in Game 4 to get swept out of the playoffs for a second straight year. Myles Turner had 22 points and 14 rebounds.

The offseason begins for the Indiana Pacers following another frustrating loss to the Miami Heat. The Heat wore down the Pacers, forcing the starters into heavy minutes, completing the sweep in large part to a late possession in which the Heat got three offensive rebounds on a single play ahead by six (and then eight).

The Pacers fell behind for good in the second quarter, spending the entire second half trying to stay within single digits. They had multiple possessions in the fourth quarter down five, but every single time, the Heat were there with a killer response.

Myles Turner led the way for the Pacers with 22 points, 14 rebounds, and five blocks, playing excellent ball throughout the game, only coming up short at the line where he was 2-6. Victor Oladipo scored 25 in the loss, hitting five threes and getting five steals, but also committing five turnovers. T.J. Warren had four turnovers, scoring 21.

Indiana’s bench had just three points, pulling a complete no-show in the biggest game of the year, totaling 37 minutes, less than every starter. This is the second straight year the Pacers have gone out on a sweep, bringing their playoff losing streak to nine games. Nate McMillan drops to 3-16 in the playoffs as Pacers head coach.