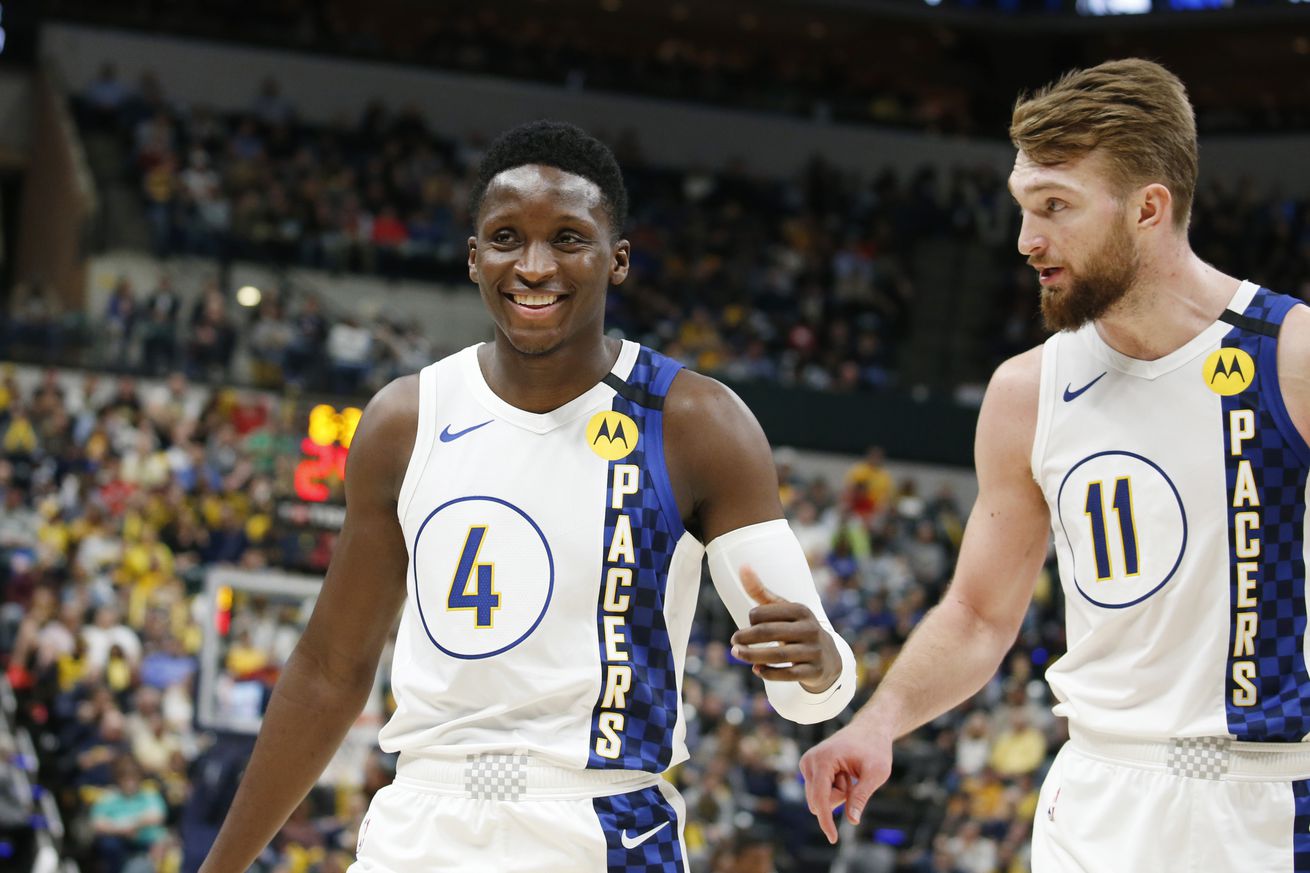 But…Sabonis is probably out with a foot injury.

The situation remains fluid as to whether Victor Oladipo will play when the season officially resumes at the end of month; but, as of now, he is expected to be in the lineup when the Pacers scrimmage against the Portland Trail Blazers at 3:30 PM on Thursday.

“I do [think he’ll participate],” Nate McMillan told reporters, via ESPN. “He’s going through the practices, and he’s looking good.”

Choosing to evaluate his body one day at a time after reconsidering his decision to opt out on July 3, the two-time All-Star previously voiced apprehension about the increased risk for soft tissue injuries in the bubble due to the level of inactivity that the league shutdown produced — a concern which has now become a reality for several of his teammates.

According to reports coming out of practice, Domantas Sabonis has been unable to put weight on his foot the last few days and isn’t expected to be in action on Thursday after being diagnosed with plantar fasciitis. Goga Bitadze, meanwhile, hasn’t practiced for the last week, and Myles Turner was also held out yesterday as a result of unspecified soreness.

With injuries piling up at the center position, increased opportunity has the potential to knock for third-year player TJ Leaf, who is arguably at his best playing nearer to the basket, where he can use his long arms and quick second-jump to elevate and drop in close-range shots without his suspect closeouts being as much of a liability. On the season, the Pacers have been outscored by a little over a point per 100 possessions in the 64 minutes that Leaf has played at nominal five with opponents attempting over 75 percent of their shots either at the rim or as threes. As such, in order to mitigate for some of the loss of rim protection in those minutes, Indiana will likely need to switch on screens that don’t involve the five-man as much as possible.

To that point, with Leaf bumping up to center and JaKarr Sampson also reportedly limited, Justin Holiday will most likely be in for more minutes at the four position, which will likely result in more switching and double-teams regardless.

Overall, pending the health status of the big-man rotation, Indiana’s scrimmage schedule is looking more like it will serve as an opportunity for the team to explore the depths of their depth rather than as a means to build chemistry before the games start to count.