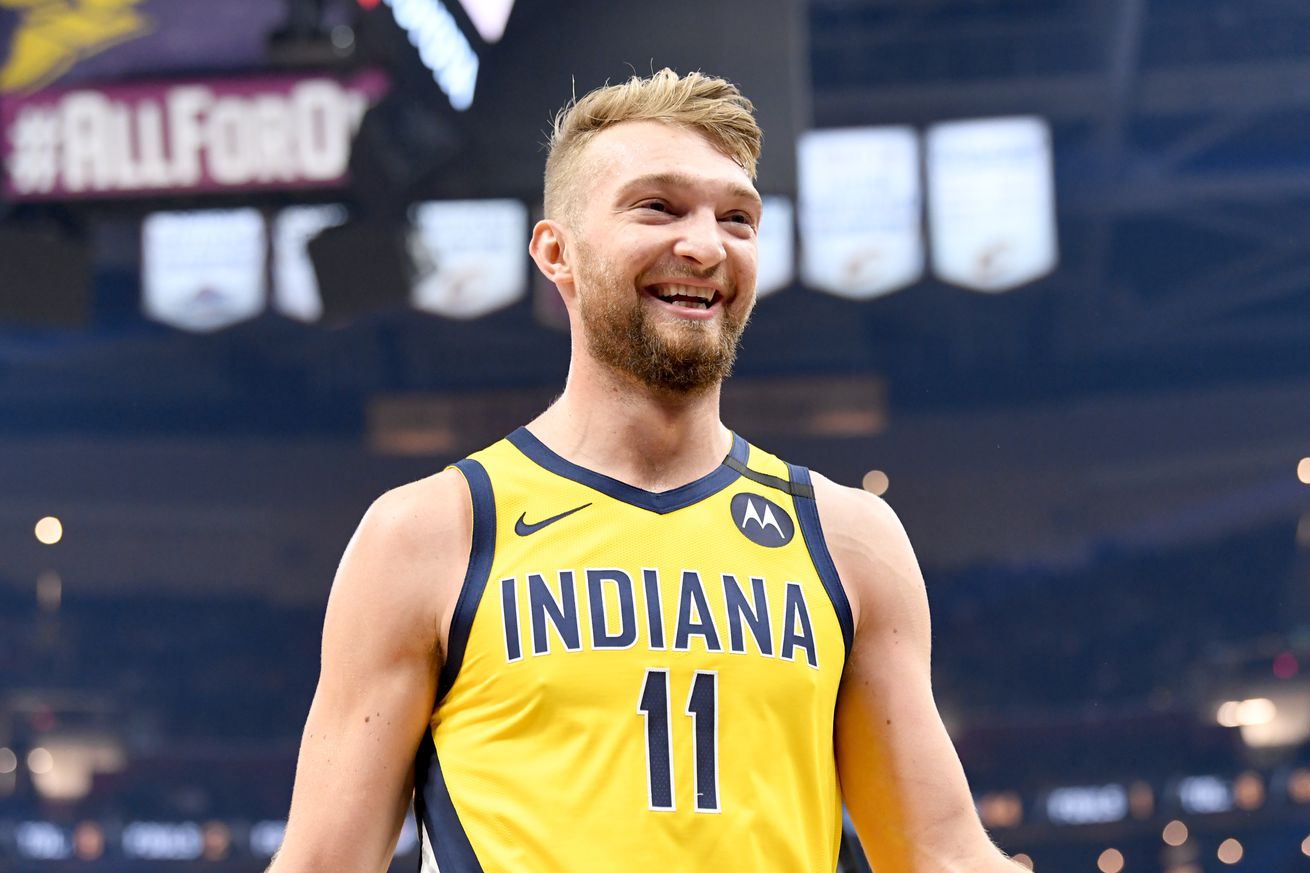 With only a few days of playing experience, Sabonis enters the tournament at very long odds. But, at least sports are back…sorta.

The NBA2K tournament, which aims to fill the NBA-shaped hole in our hearts with real NBA players competing at virtual basketball, kicks off tonight on ESPN and… let’s just say that Domantas Sabonis isn’t exactly favored to win.

We’ll be on the lookout pic.twitter.com/mttrNSRzIn

In fact, according to odds posted by BetOnline on April 1, Sabonis is the least likely contender at 25/1.

At his own admission, Sabonis only just started playing the game this week in anticipation of competing in the tournament, so it looks as though he’s earned coming in at the lowest odds.

Reasons why the NBA 2K Tournament will just make us miss actual basketball even more pic.twitter.com/8SclOsUlK6

Of course, Sabonis also famously entered the All-Stars Skills Challenge as one of the longest shots in the field and ended up exceeding expectations as a finalist. So, never say never, but also realize that it probably helped just a little bit that he actually had, you know, experience dribbling and passing before entering that particular contest.

If, after all of that, you still want to watch and beginner’s luck is something that interests you, here’s the broadcast schedule:

The NBA 2K20 Player Tournament will begin on Friday, April 3 with a half-hour preshow at 7 p.m. ET on ESPN. The tournament will continue on ESPN until 8:30 p.m. and then will transition to ESPN2 until 11:30 p.m.

And, here’s the specific game-times for this weekend. Sabonis will be taking on Montrezl Harrell on Sunday at 6:00 PM on ESPN2.

According to ESPN, the winner of the tournament will receive $100,000 to donate to coronavirus relief efforts.

Meanwhile, in the event you find yourself in need of some pregame entertainment, Victor Oladipo will be jumping on Instagram Live tonight at 6:30 PM to play host to some unnamed musical guests.

Tune in to watch me host BASE:LINE Live TONIGHT at 6:30pm ET featuring performances by @unitedmasters artists on @NBA Instagram Live. Tune in, listen to the BASE:LINE playlist on @applemusic, and let us know who you want to see perform next week! #NBATogetherLive #VO4 pic.twitter.com/SJZrFlX3AS

Please feel free to share your thoughts about the NBA 2K Tournament and anything else Pacers-related in the comments section. Stay safe!