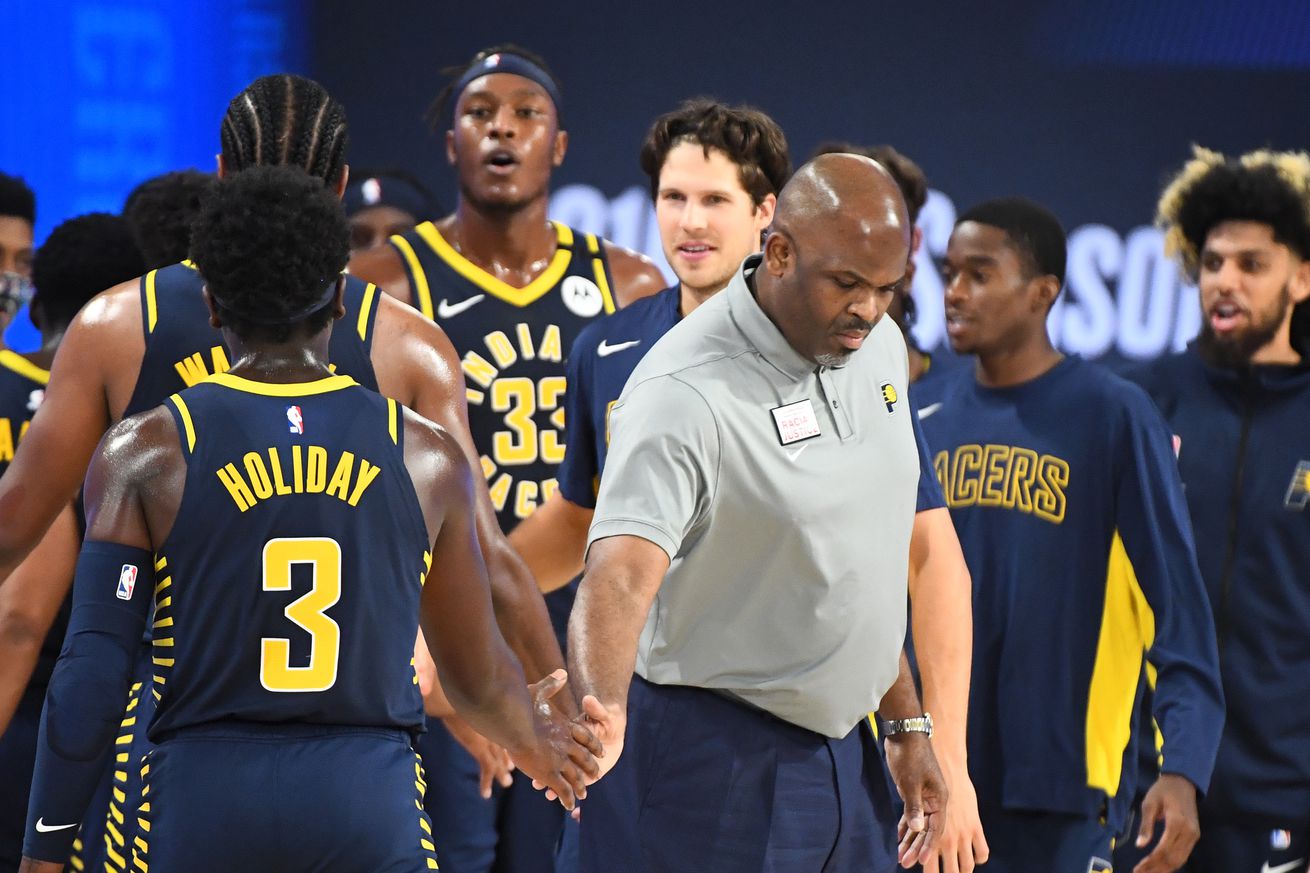 With a team that is built to grow together, the four-year head coach can’t continue to be a finished product.

So much for those rumors that Nate McMillan’s job was in trouble. According to ESPN’s Adrian Wojnarowski, the Indiana Pacers coach, who was about to enter the final year of his contract, has agreed to an unspecified extension, thereby quelling outside rumblings about his place with the team headed into the playoffs.

Beginning in his first season, when a squad featuring eight players who two years later were no longer in the NBA managed to earn a spot in the playoffs, McMillan quickly proved his mettle as a floor raiser and has continued to do so with each subsequent year of his tenure, navigating blockbuster trades, season-ending injuries, and non-stop lineup changes amid considerable roster turnover all while instituting a culture of accountability.

Put simply: There is rarely a question that a Nate McMillan-coached team is going to play hard and squeeze out every last available ounce of regular-season winning. What comes after, however, when opponents are also placing increased value on every possession and their defensive-minded pluck looses some of its luster is more of an unknown. On the one hand, few would’ve expected the 2017-18 team to even be in the playoffs, let alone push LeBron’s Cavs to a Game 7; and yet, there were definite areas where it seemed as though McMillan’s system, as well as a few questionable coaching decisions, limited their ceiling.

Valuing the openness of shots above all else while barely getting to the line made for some tough math when the uncontested mid-range looks they were hitting at a league-best clip during the regular season (47.7 percent) suddenly stopped falling amid the pressure of the playoffs (41.0 percent) — especially with Victor Oladipo struggling against increased, and only lightly mitigated, defensive attention.

At a micro-level, there were also several little moments — like pulling Sabonis in Game 4, attempting to steal rest in Game 7, and holding onto a timeout and a foul to give while loosely defending the inbound pass on LeBron’s game-winner in Game 5 — that were suspect when they happened and certainly regrettable in retrospect. Still, given the overall development of that team and the number of individuals who had career-best seasons; from Oladipo being named an All-Star and Sabonis blossoming as a five to Bogdanovic competing at the defensive end and Darren Collison flirting with a 50-40-90 effort, it’s also clear that McMillan’s coaching was much more than just a silent partner in how they managed to obliterate their preseason win-loss projection by February.

“I couldn’t be prouder to be working next to a man like this,” Kevin Pritchard said of the 2017-18 season while getting choked up at the team’s end-of-year presser. “I saw a different Nate this year. I challenged him every week to try to enjoy, for lack of a better word, the process, and to develop the heck out of this team.”

Admittedly, nagging concerns linger. Putting Bogdanovic in the position to play hero-ball without a hero was cringe-inducing against Boston’s switches, and the refusal to pivot toward experimenting with the Turner-Sabonis pairing once Oladipo went down was short-sighted; however, even with the warranted criticism that McMillan could stand to glance a little further into the future while also focusing on the here and now, a roster short on shot-creation and spacing at the four position wasn’t likely to stay competitive against a team that was actively trading defensive assignments.

Now, with T.J. Warren’s emergence lending the team increased flexibility to adapt to the modern-era, McMillan deserves a chance to grow along with his team into an extension he rightfully earned, but the ceiling can’t continue to be the heightened floor.