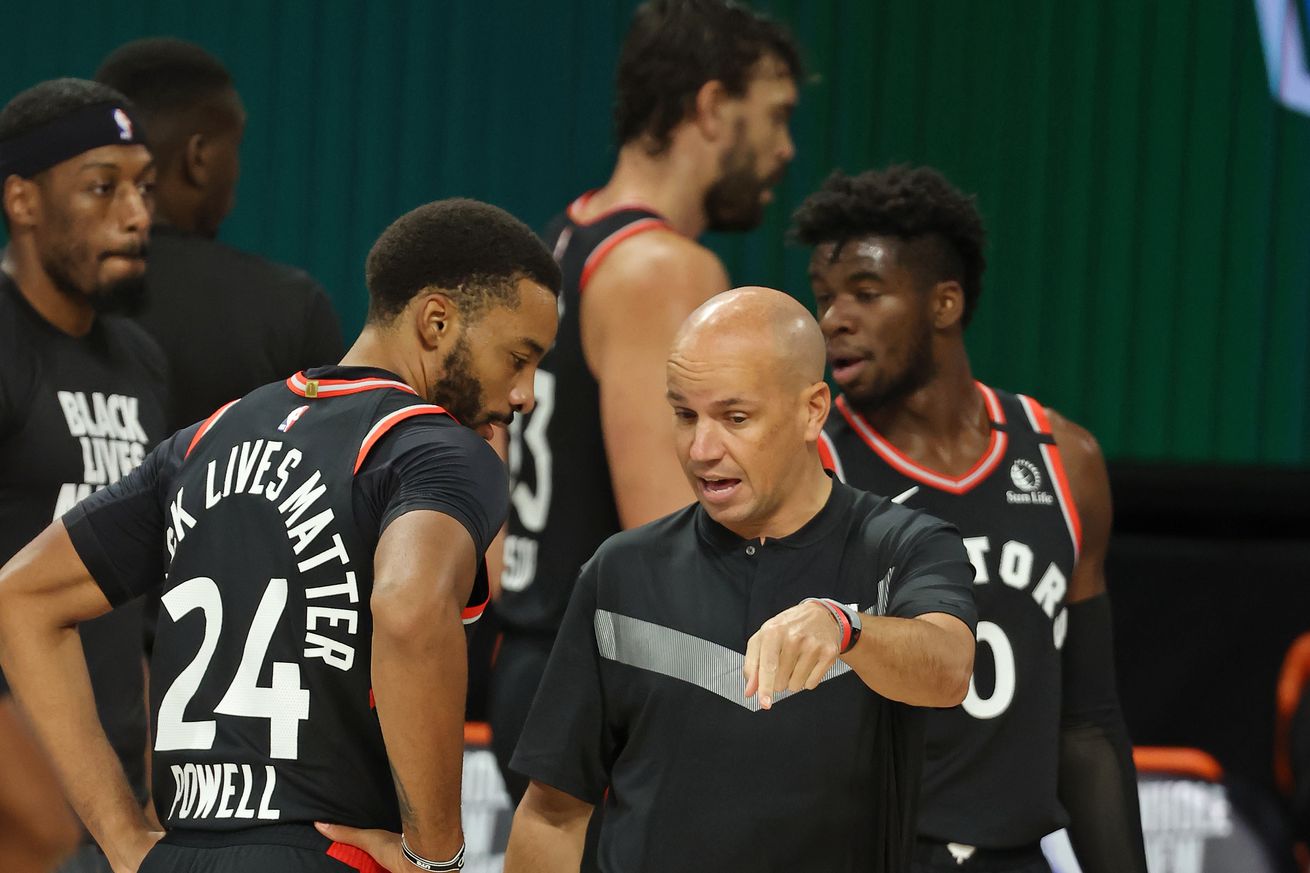 Toronto’s on-court bench boss confirmed that his long-time friend and right-hand man has interviewed with the Pacers.

After moving on from one Nate, it appears as though the Pacers are inquiring seriously about another. According to Nick Nurse via an appearance on Sirius XM NBA Radio, Toronto Raptors assistant coach Nate Bjorkgren has interviewed for Indiana’s head coaching vacancy, joining Miami’s Dan Craig (2015-16 Sioux Falls Skyforce), Milwaukee’s Darvin Ham (2010-11 New Mexico Thunderbirds), Orlando’s Pat Delany (2013-14 Sioux Falls Skyforce), and Portland’s Nate Tibbetts (2007-09 Sioux Falls Skyforce, 2009-11 Tulsa 66ers) as the only rumored candidates from the pool of current assistants with G League backgrounds.

“He’s going to be a finalist for the Pacer job and he’s a good one,” said Nurse. “Similar path that I took, you know, coaching in the the minors and had a lot of success.”

Prior to joining Nick Nurse’s coaching staff in 2019 and storming to an NBA Championship, Bjorkgren assisted his long-time friend with the Iowa Energy for four years, where the two captured a G League title together in 2011. When Nurse moved on to Rio Grande Valley, his trusted right-hand man went on to accept a head coaching position with the then-Dakota Wizards, who later became the Santa Cruz Warriors. In the team’s inaugural season as the Warriors, Bjorkgren led Santa Cruz to the Finals, losing 0-2 to Nurse’s Vipers. From there, the long-time G League alum circled back to the Iowa Energy for a season before later signing a new deal to coach the Bakersfield Jam and eventually getting tapped as both a player development coach and assistant with the Phoenix Suns under both Jeff Hornacek and Earl Watson.

During the first single-affiliation season between Phoenix and Bakersfield, Bjorkgren was credited for developing four Suns players while on assignment: Tyler Ennis, Reggie Bullock, Archie Goodwin, and current Pacers standout T.J. Warren. Granted, Warren only played nine games for the Jam as a rookie, averaging 26.8 points on 54 percent shooting to go with seven rebounds and 1.6 steals, but he also obviously has experience with the 45-year-old upstart as both an assistant and player development coach with the Suns.

Along with Bjorkgren, the Pacers have been rumored to be in contact with over a dozen other current assistants from around the league, including Golden State’s Mike Brown, San Antonio’s Becky Hammon and Will Hardy, Miami’s Dan Craig and Chris Quinn, Dallas’ Jamahl Mosley and Stephen Silas, Milwaukee’s Darvin Ham and Charles Lee, Orlando’s Pat Delany, Minnesota’s David Vanterpool, Philadelphia’s Ime Udoka, and Portland’s Nate Tibbetts.