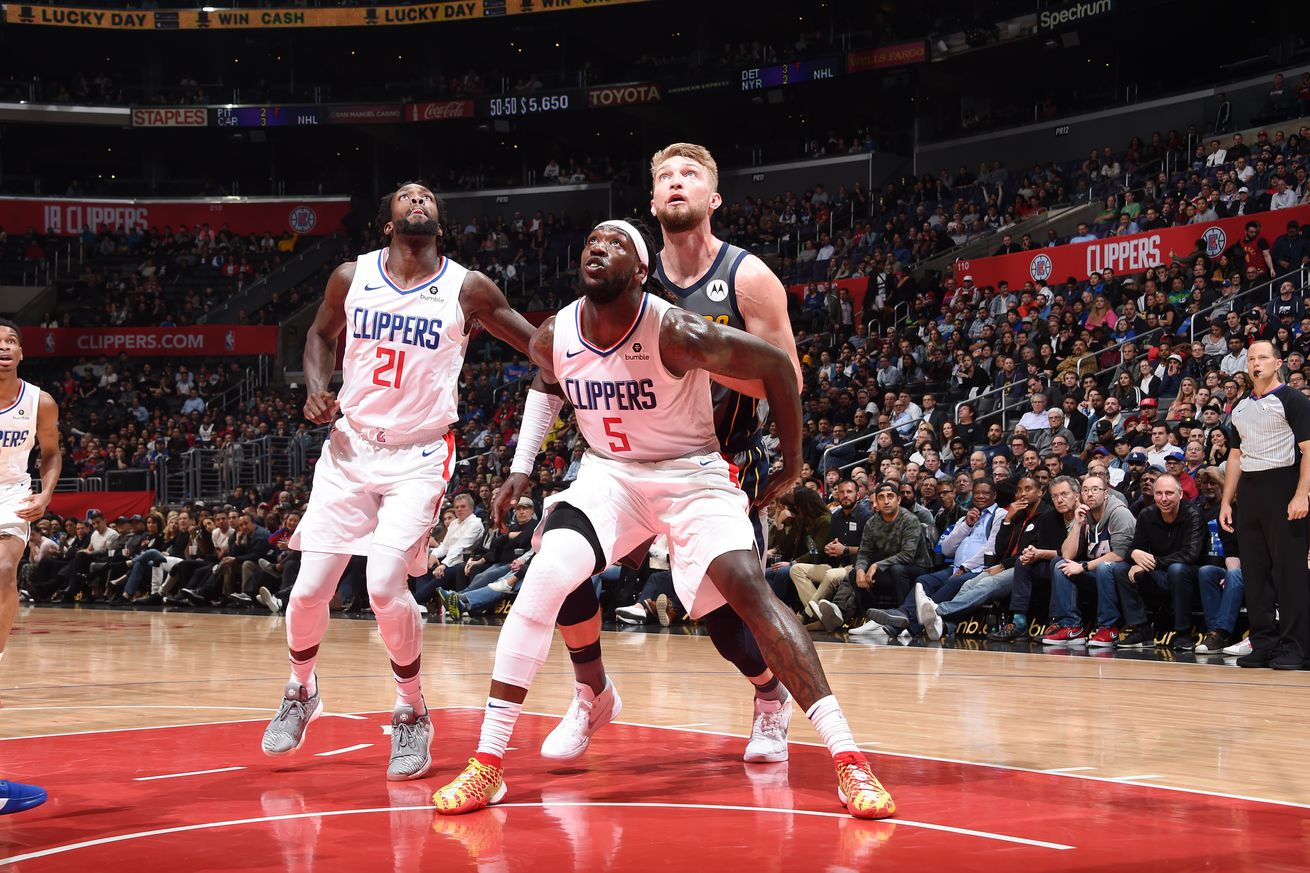 Domantas Sabonis NBA 2K inexperience showed in a 73-51 loss to Montrezl Harrell and the Clippers. Sabonis played as the Pacers.

Domantas Sabonis and Montrezl Harrell kicked off the second day of the NBA 2K Players Tournament with a first for the event so far: both players picking their respective teams. After a Milwaukee Bucks heavy first day, Sabonis locked in with the Indiana Pacers while Harrell chose the Los Angeles Clippers.

Neither player appeared to enter the game with much in the way of time logged on NBA 2K, though Harrell was clearly the veteran in this game given Sabonis picking up the game just very recently. That was on display rather early, when after leading 4-3, Sabonis and the Pacers surrendered a 9-0 run that put him down eight early.

Sabonis’s in-game avatar was a major hindrance to Indiana early, but once he was benched for Goga Bitadze, Sabonis was able to find something close to a rhythm with the rookie, bringing him to within six at 14-8 after one.

Domas likes what he sees from the rook

At the end of the first quarter, Sabonis was unable to get a shot up before the clock expired. This was in part set up due to no delay of game call after Paul George kicked the ball down the court following a made basket. This burned about 10 seconds off the clock, which took away time for Sabonis to close the quarter with a bang.

That’s not to suggest he would have done anything with it even if he had time. He had possession at the end of the second and third quarters and failed to score a single basket, but that was in part due to his overall inexperience at the game. In the second quarter, Sabonis managed to keep the game relatively close, but unable to climb over a 4-6 point wall, Harrell eventually pushed the game into double figures late in the half.

The Pacers were able to stay close to that point thanks to their offensive rebounding, though Sabonis did struggle to convert off of those boards, even as in-game Sabonis improved in the second quarter. The banter between Sabonis and Harrell brought life to the game, with Sabonis commenting about the inaccuracy regarding his player after spinning right for a basket.

The Clippers led 30-23 at halftime, shooting 67% in a game that was dominated down low for both teams. That’s no surprise given who was playing, but there was only one made three the entire first half.

Once in the second half, the gap between Harrell and Sabonis became more pronounced when Myles Turner failed to follow through on an offensive rebounding immediately, resulting in a miss and a George basket in transition. The lead swelled to 15 halfway through the quarter, pushing out to 20 late in the third as the errors continued to pile up for Sabonis.

Though Sabonis managed to cut the lead to 15 heading into the fourth, things got out of hand in the fourth as Sabonis abandoned himself in game, lamenting his free throw abilities and then later saying, “Not shooting anymore with that player, he sucks.”

With the game well out of hand, Sabonis made a wager with Harrell that he would win if he could cut the lead to 10. That was an impossibility on its own, but he did find life late thanks to T.J. Leaf and Edmond Sumner as he clawed to within 20 briefly late thanks to Sumner’s speed, asking aloud, “Why wasn’t Edmond in the game this whole time?”

In the end, Harrell closed out the 73-51 victory, advancing him in the 2K Tournament to face Derrick Jones Jr. For the Pacers, Turner led the way with 12 points, joined by Sabonis in double figures with 10. Bitadze scored eight, wrapping up a big heavy scoring load as real-life Sabonis wasn’t looking for much outside of the paint. Victor Oladipo had just one point.

This tournament thus far has been a mixed bag given the gap of abilities between the players and the varying level of discussions. The matchup between Deandre Ayton and Zach LaVine made it the highlight of Friday night’s games because of their interactions. That was the case here as both Sabonis and Harrell were able to bring life to the event with their chatting, no doubt helped by the familiarity with the personalities on their own teams.

With Sabonis out, the 2K Tournament will continue through tonight and then through next weekend, though it’s unlikely the Pacers will take the court again in this event. That will leave a wait-and-see approach regarding an upcoming H-O-R-S-E competition to whether anyone from the Pacers will take part in it.