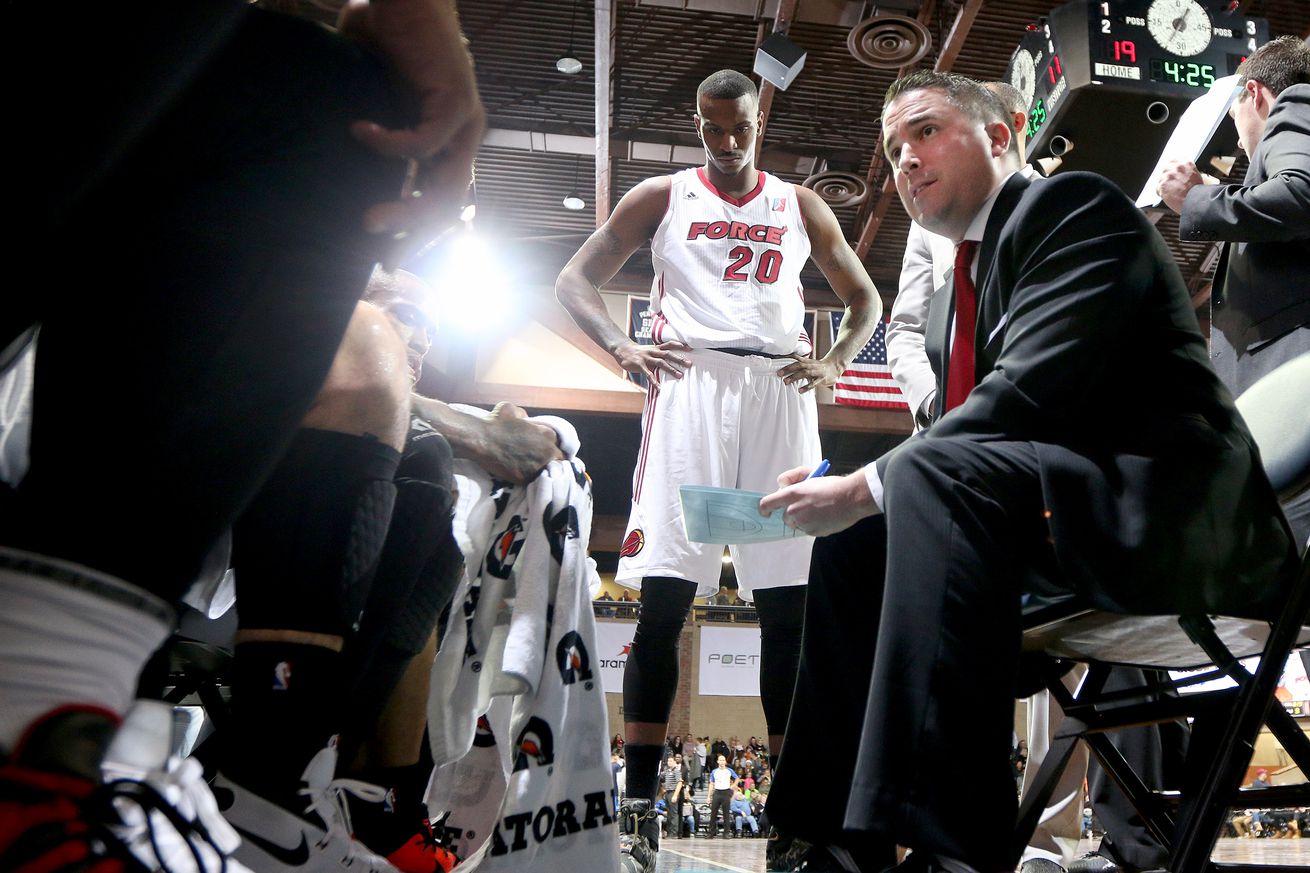 If you can’t beat them, join them? After getting swept by the Miami Heat, the Pacers reportedly have their eyes on Eric Spoelstra’s top lieutenant, Dan Craig.

With the Pacers announcing two weeks ago that the team has fired Nate McMillan, the search for a new head coach begins now. In addition to current Houston Rockets coach Mike D’Antoni, rumor has it another name has entered the fold. According to Miami Heat Beat, long-time Miami Heat fixture Dan Craig is expected to interview for the gig. Craig is currently in his 17th season with the Heat, where he’s witnessed three championships while working his way up the ranks from assistant video coordinator to video coordinator to player development coach to lead assistant.

By general rule of thumb, without much to go off of in terms of in-game management and exposure, evaluating top lieutenants from other teams can easily turn into an exercise in pure conjecture; however, in Craig’s case, the 38-year-old upstart also has head coaching experience from the season he spent at the helm of Miami’s G League affiliate, the Sioux Falls Skyforce, where he captured the 2016 (then-D League) Championship while leading the Skyforce to a league-record 40 wins and earning Coach of the Year honors.

Beyond bolstering his resume with a slew of impressive accolades, Craig’s reputation for connecting with players during his first season managing his own team outside of Summer League also sounds like a potential match for the modern approach to both offensive concepts and communication that Kevin Pritchard recently indicated will be key in the search for a new coach.

“They are becoming more self observant,” Pritchard said of today’s NBA players. “I want to tap into that and make sure we are communicating on that foundation.”

Appearing on the 2 Ways and 10 days podcast, 6-foot-9 power forward Jarnell Stokes, who was named G League MVP in 2016 while starring for the Skyforce after appearing in five games for the Heat, spoke to what it was like playing for Craig ahead of the team’s championship run.

“He reminds me a lot of Eric Spoelstra,” said Stokes. “He has a quiet demeanor — not a quiet demeanor; a demeanor that lets you know he’s about business. A business demeanor. I like that. A guy who’s about winning, shows he cares for guys, and never ever closes his office doors. It just means a lot to me. It means a lot to (my) teammates. Guys play hard for those kind of guys.”

From a tactical standpoint, with Stokes averaging 20.6 points per game while taking over 60 percent of his shots inside the restricted area, Craig modeled the Skyforce’s schemes around the strengths of his roster, oftentimes leveraging the inside advantage — even as a former player development coach with a focus on Miami’s perimeter players — while making ample use of player movement.

Take this possession from the team’s championship-clinching win over the Los Angeles D-Fenders, for example. Rather than using an Iverson cut as a means to clear-out for an isolation, like the Pacers did in the first-round against Miami, Sioux Falls deliberately sends a player to the opposite wing to distract from the eventual post-entry pass.

First of all, if that’s T.J. Warren looping from left-to-right with Sabonis ducking in from right-to-left, the weak-side defender is going to have to make a tough choice between staying at home on the perimeter or collapsing into the paint.

But also, look at what happened when the Pacers finally got the ball to Warren as the cutter out of nearly the same action. Without Sabonis to provide equal but opposite tension under the basket, not only does the set get thrown off balance by Duncan Robinson stunting at the ball, but there’s also no other added build-up.

In essence, though he was being treated like a magnet for the series and could have been deployed as a red herring, a set that looked as though it was designed for Warren to score ended, just as it was expected, with Warren attempting to score. Now, compare and contrast that to the Skyforce, who layer in pindowns and flare screens on both sides of the floor before ever even getting to their base action — a post-up.

Plus, consider this: That’s against a zone, which the Pacers struggled mightily against this season. To that point, it was on those possessions, when the LA D-Fenders were sitting in a 2-3, that the Skyforce most closely mirrored the habits of their parent club. As a whole, whether lifting into open space along the three-point line or cutting both in front of and behind defenders from the baseline and the slot, the Heat have a strong sense for where to move when the ball moves, let alone stops.

Here, for instance, with his “man” preparing to dig the ball, notice how the post entry passer deliberately slides into the eye line of the opposite top-line defender, so as to create a 2-on-1 opportunity for Toure’ Murry to knife to the rim.

That’s not some grand, scripted play; that’s drilled instinct — which, along with sweat equity, is a defining characteristic of Heat culture, and one that could stand to carry over to the Pacers. Case in point, credit Aaron Holiday for knocking down this tough, baseline floater, but this is an astonishing amount of dribbling from Malcolm Brogdon against an unfavorable switch, especially considering that Oladipo had a prime opportunity to jet north-south off a back-screen from Myles Turner and just… didn’t.

Why stay glued to the three-point line on that play so that Brogdon could continue to run into a brick wall against Adebayo?

For the series, Brogdon and Oladipo only assisted each other 11 times — a number which reflects not only on the latter’s negative assist-to-turnover ratio, but also on how much the team relied on garbled kick-outs and detached isolations to score. Aside from cutting, one way to inject better rhythm between the two combo guards, while still using the five-man as a screener, would be to fire the ball behind the pick-and-roll action into a mismatch they have a better chance to win.

Granted, the D-Fenders aren’t trading defensive assignments on this possession, but passing out of switch in this manner, with Bam pulled away from the paint, arguably would’ve given Oladipo more space to attack on drives from the wing.

On the season, without a stable of high-volume sharpshooters, Craig managed to translate cannibalizing the paint, living at the line, and manufacturing points off turnovers into a top-five offense that scored even more efficiently during the playoffs, all while shooting worse from three (31.8 percent) on a slightly higher pittance of attempts (24.3 per game). And yet, by getting to the rim and creating tension around post touches at one end of the floor and switching and applying suffocating ball pressure with Rodney McGruder and Defensive Player of the Year DeAndre Liggins at the other, the Skyforce outscored opponents by a gargantuan 13.1 points per 100 possessions amid their chase for the title.

And, here’s the thing: If that was the end product for a team with an interior presence who averaged just one assist per game, imagine what that same coach, who regularly pays witness to how to get the most out of floor spacing and Bam Adebayo as a playmaking big, could do with Sabonis?